A top Likud Party source told Al-Monitor that in the remaining two years of the government’s term, a real effort will be made to advance an initiative allowing Israelis abroad to vote in the Knesset elections. 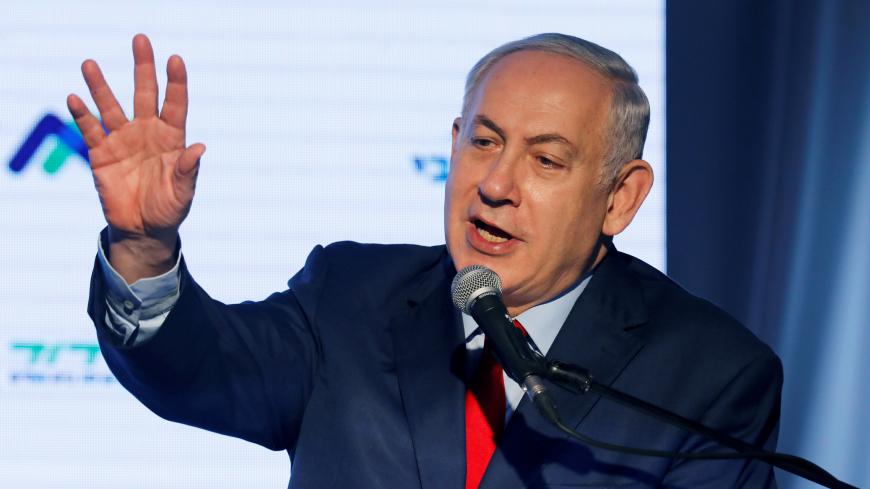 The coalition agreements signed by the Likud Party with its government partners in May 2015 include a clause saying that the government will formulate a legislative proposal enabling Israelis who are abroad on Knesset election day to vote. Indeed, previous coalition agreements between the Likud and its partners, which included similar stipulations, amounted to little in past years. But according to a senior Likud source who spoke with Al-Monitor, in the remaining two years of this government’s term, a real effort will be made to advance this initiative.

The proposed legislation is the baby of Prime Minister Benjamin Netanyahu, who has been seeking to promote it for over a decade, so far unsuccessfully. It would enable every registered Israeli voter who is out of the country on election day to cast a ballot at an official Israeli mission abroad. Then-Likud Knesset member Moshe Arens submitted the first version of the bill to the Knesset in 2001, but it did not pass.

The Likud supports the idea in light of surveys among Israelis living in the United States, which indicate that the right wing might pick up one or two additional Knesset seats from absentee constituents. In 2015, a senior Likud minister told Haaretz that the initiative was also designed to weaken the Arab parties, given that the proportion of Arab Israeli citizens living abroad is smaller than their 20% share of the population in Israel.

Estimates made in 2010 put the number of Israelis residing abroad at about 540,000. Experts are divided on the question of their voting preferences, and whether they would even show up to vote. Most experts support the idea of absentee voting, allowed by many countries.

According to an analysis by Al-Monitor columnist Akiva Eldar, judging by voting patterns among well-to-do Israelis, and given the relatively high socio-economic standing of Israelis living overseas, the Likud cannot count on absentee balloting giving them an advantage.

The Israel Democracy Institute issued a position paper last year supporting the bid, but suggested limiting the right to vote to Israelis whose stay abroad is limited and who consider Israel their primary residence and center of life.

Efforts by the current government to promote the law began with the formation of a team headed by Tourism Minister Yariv Levin, followed by a broad-based initiative supported by Knesset members from the ruling coalition and also from the opposition. This group is led by Likud lawmakers Sharren Haskel, together with David Bitan and Amir Ohana; Eitan Cabel, Stav Shaffir and Itzik Shmuli of the opposition Zionist Camp; Eli Cohen of the center-right (coalition) Kulanu Party; and Yoav Ben-Tzur of the ultra-Orthodox Shas Party.

The current proposal would allow voting by any registered Israeli who is abroad on election day and who picked up their voting form 12 months before the scheduled elections. In other words, one visit to Israel in the year preceding the elections would suffice to determine eligibility.

All previous efforts to push through absentee voting have failed. Levin’s office told Al-Monitor that the two ultra-Orthodox coalition parties — Shas and Yahadut HaTorah — are the ones preventing progress of the legislation. Shas declined to comment on this claim, but a senior party source told Al-Monitor that such an initiative could hurt the party. “We’re not interested,” he said, speaking on condition of anonymity.

The bill’s sponsors, however, are undeterred. The Likud is expected to try and bring the bill to a vote in 2018. A top Likud source told Al-Monitor on condition of anonymity that “if Shas and Yahadut HaTorah are demanding that we implement coalition agreements on issues concerning religion and state, they had better stop undermining a coalition clause that’s important to the prime minister.”

Views are mixed among the opposition and left-wing parties. Some Zionist Camp Knesset members support the bid; others, like former Labor Chair Shelly Yachimovich and Zionist Camp co-leader Tzipi Livni, oppose it.

One of the arguments cited by left-wing opponents of the law is concern about meddling by Republican donor and gambling mogul Sheldon Adelson, until recently Netanyahu’s Jewish-American patron. Adelson recently took over the sponsorship of the Israeli American Council (IAC), an organization dedicated to strengthening ties between Israelis living in the United State and the State of Israel. Several years ago, Adelson joined the IAC’s main patron, Democratic Party billionaire donor Haim Saban, who has since pulled out of involvement with the group.

J-Street, the liberal, pro-Israel American lobbying group, believes Adelson is guiding IAC activity in a right-wing political direction in a bid to influence the Israeli community in the United States. The organization pointed to a statement issued by the council last week applauding the US veto of the UN Security Council resolution rejecting President Donald Trump’s Dec. 6 recognition of Jerusalem as the capital of Israel.

Shoham Nicolet, co-founder and CEO of the council, does not deny involvement in American politics as long as it favors Israel. The council acts in accordance with Israeli policy without interfering in its domestic politics, and helps it in the United States with every tool at its disposal, he told Al-Monitor. Among other activities it cites is mobilizing support for laws and regulations against the anti-Israel boycott (BDS) movement, such as those adopted in Nevada, Massachusetts and California.

The IAC also has a lobbying arm, IAC for Action, operating vis-a-vis governors and in Congress. “We’re not the antithesis of J-Street,” Nicolet said. “We invite representatives of the [Israeli] political left and right to our events.” He noted that Knesset member Isaac Herzog, at the time leader of the left-leaning Labor Party, was a keynote speaker at the IAC’s annual conference.

When asked whether Adelson or his wife, Miriam Adelson, were involved in the contents generated by the IAC for its Israeli membership in the United States, Nicolet replied, “We have never received any guidance on one type of content or another. What interests the council and the Adelsons is the connection of Israelis, regardless of their political views, to the Jewish-Israeli community in America.” He added that the IAC does not take any position on the proposed law granting voting rights to some Israeli Americans.

Having said that, the fate of the initiative, as that of all government legislation on the drawing board, will be determined by Netanyahu’s political and legal timetable.