In the absence of supervised and well-coordinated health care, areas liberated from the Islamic State suffer from the spread of diseases. 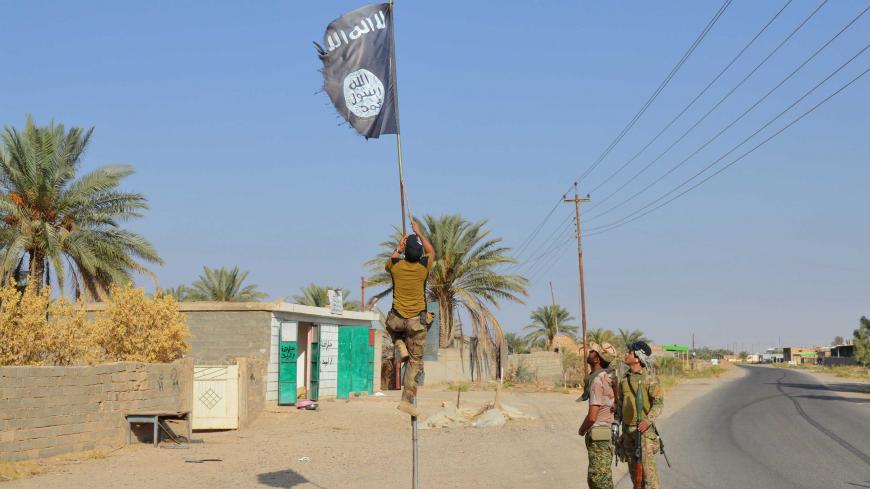 BAGHDAD, Iraq — An epidemic of skin diseases has plagued areas of Iraq that were under the control of the Islamic State (IS). Abdul Sattar Liwas, director of health in Al-Anbar province, said on Dec. 12 that liberated areas in the province have become contaminated with pesticides that are used to halt the spread of cutaneous leishmaniasis and other diseases.

The lack of health care, the scarcity of medicines and the tragic health conditions have all contributed to the spread of skin diseases, including what has become known among the people as Baghdad buttons, similar to Jericho buttons, which is a form of leishmaniasis caused by a parasite. No matter what people call it, this disease remains painful and sometimes very dangerous.

People can become infected with the parasite if they are bitten by a type of female mosquito called a sand bug — a small, silent bug that only flies in the dark.

According to Dr. Faris al-Azzawi, director of health in Diyala province, the health staff in the province "has recently recorded over 200 cases of Baghdad buttons."

Azzawi told Al-Monitor over the phone, "The symptoms of the disease have been increasing in the past few months, as a result of environmental pollution and water pollution, displacement and lack of medicine."

"Not only is this disease widespread in Dilaya, but in most Iraqi cities, and it is currently transitioning [from one area to another]," he said, adding, "My department has already started providing various treatments for the disease, and medical teams have been deployed to cure the infections and raise awareness around the province about the dangers of Baghdad buttons."

Mohammed Deifan al-Obeidi, the head of Diyala's provincial council, said Al-Azim district in Diyala province, 60 kilometers north of Baquba, has registered an unprecedented spread of this disease, especially among children, while 50 cases were reported in the span of only a few days in Al-Bo Hanihan refugee camp in the outskirts of the district. Obeidi also warned of Baghdad buttons spreading to the rest of his province's cities in the absence of mobile medical teams to provide vaccines and treatment.

Meanwhile, Azzawi called on the local government and the relevant departments to put an end to this epidemic and find a solution for the increased risk of infection.

Asmaa Osama, head of the health committee in Anbar provincial council, said 50 people from Anbar province suffered similar skin rashes. "This disease is mostly spread in al-Qaim and Rawa, where military operations continued for longer periods than other areas, namely Jabba, Mourawniya, Baraziya, the eastern outskirts of Baghdad and areas of Hit near Baghdad in the western part of Anbar province."

Osama told Al-Monitor, "The disease proliferated with pollution and stray dogs that feed on corpses, in addition to remnants of munitions used in military operations," adding, "The local government in Anbar seeks to lead a major campaign to combat the disease, but only after obtaining security approvals to enter the liberated areas."

According to information obtained by Al-Monitor, the scope of infection is not only limited to Diyala and Anbar, but also extends to the province of Ninevah.

The assistant director of health in Ninevah, Dr. Oss Hamdani, noted the alarming spread of Baghdad buttons, saying, "The cases we see are facts that cannot be hidden."

"Until now, we have no accurate statistics on the number of infected people. Our cadres are currently busy providing treatments and we will conduct a field survey to get accurate numbers soon," he told Al-Monitor.

Regardless of all reports about an epidemic of skin diseases, Ministry of Health spokesman Dr. Saif al-Bader downplayed the importance of the disease, saying that "Baghdad buttons is present in Iraq but in small percentages, and it was contained by the health authorities."

Badr told Al-Monitor that the disease is transmitted through certain types of flies, blaming "the Ministry of Agriculture's weakness to control transitional diseases in farms and agricultural fields in the province."

He pointed out that the Ministry of Health's biggest challenge is the fact that IS-controlled areas have remained without vaccines. Meanwhile, 60 cases of polio were reported in neighboring Syria, which raises concern about this deadly threat spreading to Iraq.

Badr noted that the deteriorating conditions in health institutions in the western governorates have also hindered the imposition of preventive measures to limit the risk of infection.

The security crisis that led to IS' invasion of Iraq in June 2014 has created an unprecedented humanitarian and health crisis in Iraq's modern history, which requires elimination, once and for all.