A study is underway, headed by South Korean firms, to assess the Alexandria and Cairo transportation networks in anticipation of the release of a unified public transportation card. 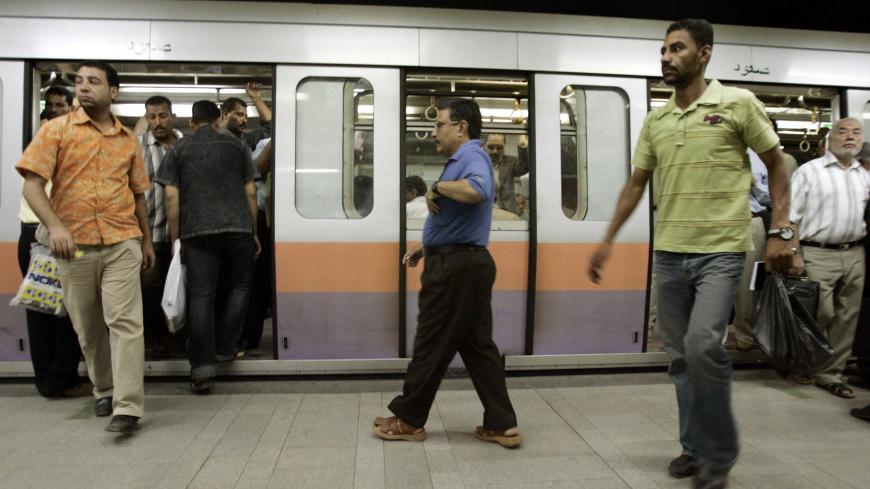 As envisioned, the card would save citizens time, and possibly money, that is now wasted transferring from one means of transportation to another and would require that money be collected electronically, thus eliminating printed paper tickets and money collectors. The card would also reduce the use of paper currency, which in turn would reduce the frequency of having to print new money to replace worn or tattered bills.

The European Development and Reconstruction Bank, in cooperation with the Export-Import Bank of Korea, are providing a grant, agreed to on Nov. 23, for about $350,000, to underwrite technical support for the project, which will be overseen by South Korean consultants. The grant money is expected to be released after the completion and acceptance of the South Korean study underway.

The grant agreement was signed at the Ministry of Transport by Sayed Ahmed, head of the Greater Cairo Transport Regulatory Authority, officials from the Alexandria Passenger Transportation Authority, the European Bank for Reconstruction and Development and the Export-Import Bank of Korea. Egyptian Transport Minister Hesham Arafat was in attendance.

Rizk Ali, head of Egypt's Public Transport Authority, told Al-Monitor, “There will be coordination between the Egyptian Company for Metro Management and Operation and the authorities in charge of public transport, railways, river transport and mass transportation in order to have all means of transport unified in a single system and connected by a unified route with several points of convergence to improve public transport in Egypt.”

He also remarked, “The existence of an electronic payment system will prevent collectors from reselling tickets left by commuters in modes of public transport.”

Hassan Mahdi, professor of roads and bridges at the Faculty of Engineering at Ain Shams University and a consultant for the parliament's Committee on Communications and Transport, said of a unified system, “Implementation of the idea requires an information technology infrastructure and necessitates smart machines at many outlets, including supermarkets, so cards can be easily sold. Such cards should have different frameworks, hours, months and days, upon which their price should be based. Cards should be stamped when citizens have their first commute and should expire when the specified period is over. During that period, citizens can use their card in all available means of transportation in Egypt.”

Mahdi estimates that installing new machines in the subway alone would cost about 100 million Egyptian pounds ($5.5 million). He is not convinced that a new system will cure Egyptians of their habit of finding ways to avoid paying for a ticket when the opportunity arises. He noted that the Egyptian Railway Authority issued some 350 million tickets in 2016, while the number of passengers reached 500 million that year. In short, 30% of riders did not pay for their tickets.

As for localities that have adopted unified systems — such as in the United States and Europe — Mahdi pointed out that they impose fines to deter violators, in some cases equivalent to the value of a month’s worth of tickets. Meanwhile, he said, courtesies — that is, discounted rates, such as for soldiers, journalists and police officers — are widely offered across all sectors in Egypt, not just for the public transport. Thus, fines might not generate significant revenues because certain classes of people, such as those with courtesies, will likely not be subject to them.

Toaimeh pointed out that resorting to technology is good but the system needs to be well thought out and based on the latest developments abroad. New machines should be installed in each transport sector. He added that if the plan turns out to be half-baked, parliament will reject it.

He added, “It would be easier to cooperate with banks on the use of credit cards and the collection of ticket prices [instead of] the state bearing the cost of [installing] expensive machines, with each machine costing about 6,000 pounds [$340].”