Turkey's female bloggers — from sleepless mothers to budding entrepreneurs — are taking to social media to share experiences and influence. 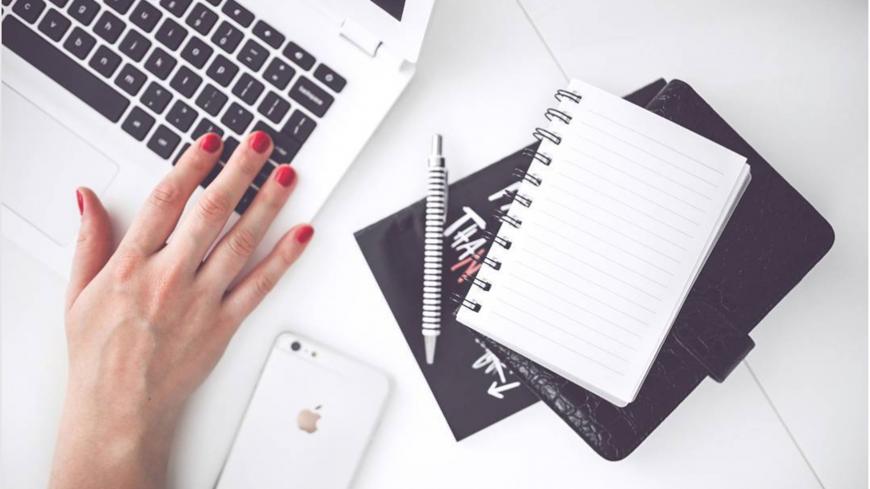 Given the ever-expanding role of online platforms in networking, creating awareness and marketing, two Turkish women have dug in their “digital heels” to create a platform bringing together Turkey’s leading female digital content producers — bloggers, influencers and entrepreneurs — and users.

Elif Dogan and Perihan Gurer both left their careers after becoming mothers in the last decade. Both were also attracted to social media to share experiences about their transition. Today, more than 100,000 online users separately follow Dogan’s blog and Instagram account, “Blogcuanne” (Blogging Mother), and Gurer’s Instagram account, “UykusuzAnnelerKulubu” (The Sleepless Mothers Club).

After completing graduate studies in management at the University of Baltimore and working for civil society organizations in the United States for five years, Dogan gave birth to the first of her three sons in 2006, after which she returned to Turkey. She started writing a blog as a hobby in 2009, and since 2011, she has done so professionally. In 2013, she published a book, “Motherhood Is Not Always Rose Colored.”

Gurer, who has a graduate degree in management from Istanbul University, left the corporate world soon after the birth of the first of her two daughters. She founded “The Sleepless Mothers Club” in 2011 as a social entrepreneurial initiative to share mother-to-mother guidance and support as well as offer expert knowledge and useful information on topics of interest to women.

In summer 2014, Dogan attended the “BlogHer” conference in the United States. The only foreign participant, she wrote on her website how impressed she had been by the event and decided to organize a similar gathering of leading digital content creators in Turkey.

Fast forward, Dogan and Gurer, who met in 2010 during a breast-feeding initiative, embarked on a new journey together, last year launching “Dijital Topuklar” (Digital Heels), the first and only conference of its kind in Turkey. This year’s event, themed “I Love Myself,” was held on Nov. 1 and attracted more than 900 participants, 50% more than last year. The conference trended on Twitter that day.

Dogan and Gurer’s initiative came amid the growing participation and visibility of women on social media in Turkey. FikriMuhim, an Istanbul-based public relations firm specializing in word-of-mouth marketing, interviewed 1,380 Turkish women to assess women’s behavior and preferences on social media. The research, published in March in the magazine “Digitalage,” revealed that 98% of women aged 25-34 had social media accounts. The figure declined only slightly among women aged 45 and older. Among them, 94% had social media accounts. The research also showed that women spend on average two hours a day managing their accounts online.

In terms of popularity, Instagram ranked first among social media platforms, with 58% of respondents preferring it. Facebook came in second, with 33% of women of all ages identifying it as their favorite social media platform. Facebook’s popularity was much higher among women aged 45 and older, with 63% citing it as their primary platform. In an email interview with Al-Monitor, Dogan and Gurer said they do not doubt the figures, adding that not only age, but users’ expectations and reasons for using social media also served to determine users’ preferred platforms.

Discussions this year at “I Love Myself” included topics like digital feminism, digital youth and digital entrepreneurship. One of the speakers, Sanem Oktar, the president of the Women Entrepreneurs' Association of Turkey, provided guidance on female entrepreneurship in the digital world.

Blogging moms constituted a significant segment of the speakers and attendees. Several star moms from Turkish social media, including Asli Kizmaz, spoke about cyberbullying and responsibilities while sharing online. Hande Birsay, an Instagram favorite who has 116,000 followers in Turkey, spoke on creating content for social media. Her posts, a mix of humor and bluntness about motherhood, have broken numerous taboos and skyrocketed her to digital fame under #Hihieved (Mmhm, right), which also landed her a book deal resulting in the newly published “Does S/He Suck? Perfect Motherhood Just Passed Me By.”

Many conference participants came from cities outside Istanbul, which particularly excited the organizers. “It is truly amazing to see women making the extra effort to fly into another city to attend the conference and to share that experience,” Dogan told Al-Monitor.

One out-of-town participant was Cigdem Guvercin Dagdelen, the founder of Kuzo, a company that produces and sells locally made baby slings. Dagdelen traveled from Adana, in the south.

“I really wanted to attend the conference in person, rather than watch the conference online, and be included in discussing all the topics,” Dagdelen told Al-Monitor. She was eager to learn about needs and trends in the digital world from a woman’s perspective at a gathering organized by women themselves.

“Though feminism can have negative connotations for some people, creating an environment that celebrates diversity, respects differences is important,” she said. “It is great that many women can speak about their particular experiences at this sort of gathering.” The speeches given at the conference will be made available online.

Dogan observed that the social media community of women and the subjects they discuss are characterized by a lot of diversity. “For example, based on personal experience, we observed that women all over the world might want to talk about the topic ‘sex after kids,’ but the way they do it is different in Turkey than it is in the United States,” Dogan said.

As for next year, the conference organizers said that are already working on content, but in the meantime they also have an education-themed summit scheduled for the spring. Dogan and Gurer will team up with egitimpedia.com, Turkey’s leading portal on education, to organize the country's first conference for both educators and parents. Gurer explained, “These and other projects will be listed under our umbrella structure called Disital Isler [Female Business], which will also focus on brand and influencer collaborations.”