Eviction campaigns targeting Syrian refugees have ramped up in recent weeks across Lebanon’s municipalities while the Lebanese government turns a blind eye. 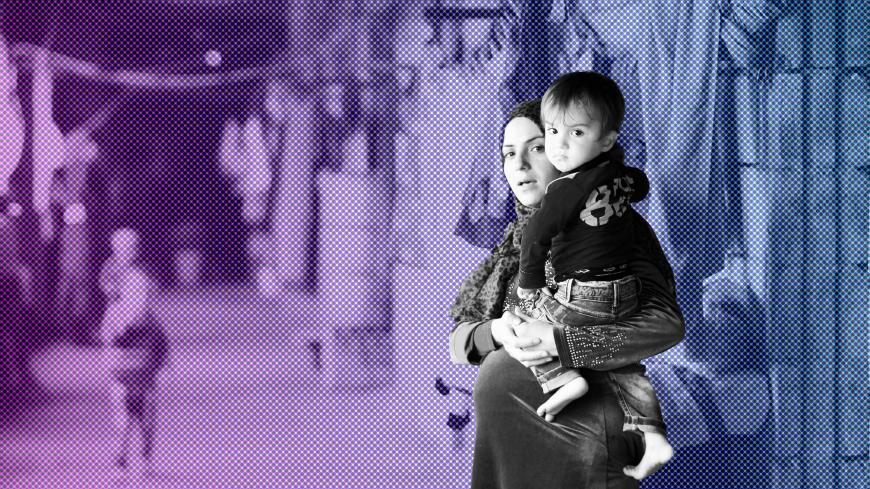 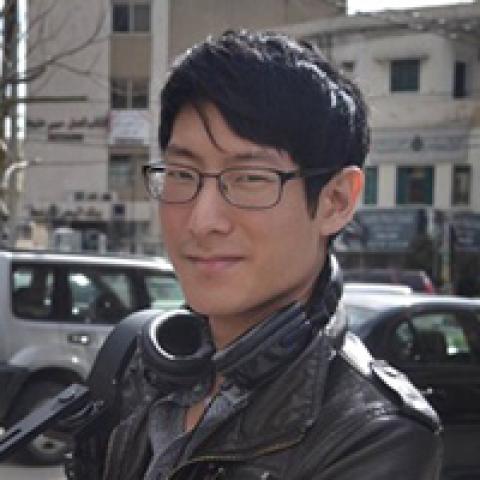 Thousands of Syrian refugees residing in several municipalities across Lebanon are under threat by eviction campaigns that have ramped up in recent weeks. Aid workers from several humanitarian organizations say that reports of refugee evictions have increased in a number of predominantly Christian areas.

Nowhere is the issue more evident than in Haddath, where up to 6,000 individuals — including 1,800 children — could be at risk of expulsion, Allison Zelkowitz, the country director of Save the Children Lebanon, told Al-Monitor. Throughout the municipality, local police are conducting door-to-door investigations, profiling individuals and issuing eviction notices to Syrian refugees.

Haddath’s mayor, George Aoun, contends that his administration is expelling displaced Syrians on the basis of illegal employment, unregistered rental arrangements or the lack of residency permits. “I have the labor law and we are implementing it word by word,” Aoun announced at a press conference Oct. 26, referring to a January decree from the Ministry of Labor.

Speaking to Al-Monitor, municipal council member George Haddad said, “Refugees are asked to leave — each one at a specific time. In some cases certain refugees were asked to leave a year ago, while others who are now being identified are given 15 days to leave.”

Mahmoud Youssef, a Syrian who has lived in Haddath for eight years, provides for his wife and daughter through his work at a grocery store. “Of course [evictions] are escalating in the last two weeks,” Youssef told Al-Monitor. "They’re kicking lots of people out and everyone who is working in Haddath — even the concierges — they are evicting them.”

According to Youssef, the municipal police told him and his family to vacate the area in spite of his sponsorship agreement with his employer. Subsequently, Youssef began searching for another home but was unable to find an alternative before the police returned a week later.

“So they said, ‘Why didn’t you leave? You have to pack your stuff and take your family and leave now.’ And they started yelling, ‘You have to leave, you have to pack now. We don’t care [if you didn’t find a house] we’re going to take your stuff and throw it outside,’ and this kind of stuff. He [police officer] almost hit me.” Following the incident, Youssef’s wife and child managed to move to another area of the city.

Refugees who do not live in Haddath have also been issued evacuation notices. Hassan Tillarni, who came to Haddath four years ago, works at a local restaurant. “They [police] came for me twice here and the last time they took me with them and they told me I had to leave. They made me sign an agreement that I will leave,” he told Al-Monitor, showing a security camera video of police escorting him out.

“They came twice or three times and the [restaurant] owner told them that he was trying to find Lebanese [to work for him], but that he has not found any Lebanese who want to do this job. So he will close the restaurant for one month,” Tillarni said.

In practice, the municipality may be attempting to evict all Syrians from the area, regardless of legal status. Ahmad al-Obeid, 16, came to Lebanon six months ago, after fleeing war in Syria’s Deir ez-Zor. He told Al-Monitor that the municipal police came to his home and ordered him and his relatives out on short notice without asking if he was working or inquiring about his residency papers. “They came here and they told us we have to leave in two days.”

The Lebanese Constitution very ambiguously grants municipalities power to "protect" the areas under their jurisdiction. Some municipalities have tried to clear their areas of all Syrians on the basis of their ethnicity alone, alleging the implementation of the constitution, and the central government hasn’t intervened to stop them.

Furthermore, evictions were announced in the Mount Lebanon municipalities of Mansouriyeh, Kahaleh and Joun, according to the United Nations refugee agency's communications officer, Lisa Abou Khaled. Also, the village of Bcharre posted a notice Oct. 1 stating that the municipality will deploy police to expel Syrian refugees as of Nov. 15, citing fears of demographic shifts.

“We haven’t been able to triangulate all the information, but we know so far that it could be Haddath, Bcharre, Mansourieh, Hazmiyeh, Baabda. So it [affected area] is quite larger than just Haddath,” George Ghali, the programs manager at ALEF, a Lebanese human rights organization that monitors the protection of Syrian refugees, told Al-Monitor.

The pace of evictions has stepped up notably in 2017 amid calls from Lebanese officials for the country’s 1.5 million refugees to return to Syria. In early April, the army told up to 11,000 displaced Syrians that they had five days to leave the area surrounding the Rayak air base. Then, the mass relocation of refugees was orchestrated by the municipality of Miziara early last month. The expulsion came in response to the rape and murder of a 20-year-old Lebanese woman by a Syrian concierge. Following the event, Haddath increased its evictions and Foreign Minister Gebran Bassil visited the suburb — considered a bastion of electoral support for his political party, the Free Patriotic Movement — and praised the municipality’s efforts.

As Haddath began to implement evictions, the minister of interior and municipalities issued a statement declaring that his office was not affiliated with the initiative. The statement, however, stopped short of calling for the cessation of eviction activities. Minister of State for Refugee Affairs Mouin Merhebi also denounced the policy and the spread of a “racist spirit,” yet no further actions have been taken by the national government to curb expulsions.

“What happened in Miziara actually accelerated the process [of evictions] because the government did nothing to prevent the evictions given the sensitivity of the situation that could have escalated to a public uproar against Syrian refugees. The municipality just put all the Syrians in trucks and evicted them from the village. So when other municipal leaders saw this happen with nobody flinching they were emboldened to follow suit. I don’t think stakeholders will intervene as aggressively as they used to in the past because of the current [parliamentary] election season,” Ghali said, adding, “This year’s new development to the recurrent eviction orders is that municipalities are no longer deterred.”

Correction: Nov. 16, 2017. An earlier version of this article said evictions had been conducted in Mansouriyeh, Kahaleh and Joun. In fact, evictions have only been announced in these municipalities.