Kirkuk residents demand truth about fate of their missing

The families of people who have gone missing from Kirkuk and other disputed areas in Iraq over the past decade hope that the federal government retaking these areas will lead to more information on their fate. 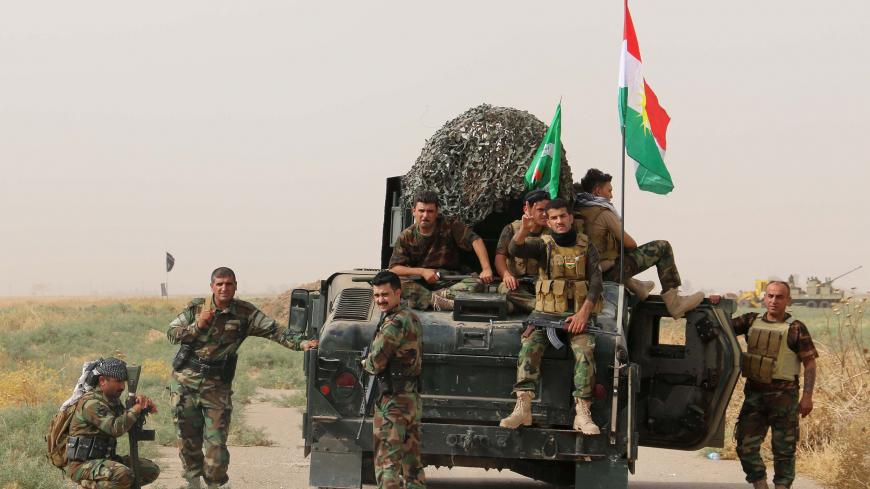 BAGHDAD — Now that Iraq's central government in Baghdad has retaken control of Kirkuk and other disputed areas that had been administered by the Erbil-based Kurdistan Regional Government (KRG), citizens of those regions are demanding to know the fate of relatives who have disappeared or been detained during the past 14 years.

Dozens of Kirkuk residents demonstrated Nov. 7 to demand information on the fate of their kin allegedly held by Kurdish security forces. Their demands were echoed by Iraqi Prime Minister Haider al-Abadi, who on the same day called for an investigation into how these people disappeared.

Iraqi Kurdistan's peshmerga and Asayish fighters have overseen security in Kirkuk, the Tuz Khormato district and other ethnically mixed, disputed areas of Iraq since 2014, when they were able to take advantage of the chaos created as the Islamic State seized a third of Iraq’s territory. Before then, the Kurdish forces had shared control with the central government in Baghdad.

In the face of accusations that Kurdish forces active in Kirkuk and the disputed areas took part in kidnappings and forced disappearances, Azad Jibari, the former head of the security committee of Kirkuk’s provincial council, denied Nov. 8 that the forces had played any such role.

“Most of the cases of missing persons — both Arabs and Turkmens — date back to the US occupation from 2003 to 2011, and the Kurdish Asayish forces have nothing to do with them,” he told journalists.

Federal forces had barely retaken control of Kirkuk and swathes of the disputed areas Oct. 16 — during a battle launched in retaliation for the KRG holding an independence referendum — before Arab and Turkmen residents began reporting arrests and forced disappearances of their relatives, allegedly by Kurdish forces. These reported arrests and abductions stretch from 2003 through this year.

Khola Mohammad, who fled her hometown of Kirkuk to Baghdad in 2008, spoke to Al-Monitor at the UN Office of the High Commissioner on Human Rights (OHCHR) branch in Baghdad.

Al-Monitor spoke to Abdulrahman al-Lawizi, an Arab Sunni member of the Iraqi parliament’s Legal Committee who comes from a part of Ninevah province that until recently was under Kurdish control. He said there have been arrests and killings in the area recently.

He attributed the violations to “the Kurdish parties’ program to ‘Kurdify’ the area and exert control over it, going from kidnappings to killings of opinion-makers, politicians and members of the provincial and local councils who want to preserve and defend Kirkuk’s Arab nature.”

Lawizi said the issue of missing people is being raised now because “residents are no longer afraid, since the return of federal forces to Kirkuk and other restless areas.” He added, “That has encouraged the families of the disappeared to give testimonies and talk about their secrets. The coming period will see many violations [reported and] their perpetrators and the political actors behind them come to light."

The Iraqi Turkmen Front said in a statement Nov. 7, “There are many missing, including Turkmens, some whose fates are unknown, who were kidnapped by security forces run by Kurdish parties."

Mohammad al-Khalidi, a former rapporteur of Iraq’s house of representatives, comes from the area between Kirkuk and Diyala where there have been hundreds of kidnappings.

“No official body has statistics on the number of detentions in Kirkuk since 2003,” he said. “There are only mutual accusations between rival parties."

He added, "Verifying the numbers of detained and disappeared and their identities is hard because of the turnover in authorities in Kirkuk." The problem will not be solved "unless an official inquiry is ordered by the government and carried out by nonpoliticized security and judicial authorities.”

Ali al-Bayati, an OHCHR spokesman, blames the kidnappings and disappearances in Kirkuk and the disputed areas on “the party that controlled the area at the time in question — whichever side it belonged to.”

OHCHR "is taking note of demands by the families of detainees and the disappeared in Kirkuk, Tuz Khormato and Diyala, and those whose fate has not been determined over the past 14 years," he told Al-Monitor. The governor of Kirkuk met with the commission Nov. 7 and "asked it to play an active role in uncovering the fate of the disappeared."

Bayati said the commission has heard "residents’ demands to know the fate of their relatives who have gone missing in recent years from areas that weren’t under federal government control but [rather] were run either by police forces present in those areas or by the forces of Kurdish parties with major clout in Kirkuk and Tuz Khormato, or by extremist armed groups such as the Islamic State or other terrorist groups.”

He noted, “Many civilians were captured or killed [and there were] armed gangs kidnapping people for ransom."

Bayati added, “The commission receives complaints via its offices in Kirkuk and Salahuddin and studies whatever lists and documents on violations can be obtained from official authorities and trusted sources, once they have been verified, to mobilize the public prosecution and bring the perpetrators to justice."

Activating state institutions represented by federal forces in Kirkuk and other restless areas of mixed ethnicity and sectarian makeup — along with punishing the human rights violators — will enable more citizens to inform authorities and help prevent such violations in the future.