A bill initiated by Public Security Minister Gilad Erdan aimed at enlarging security guards’ responsibilities has sparked fear among Israeli-Arab bus drivers of an increase in violence against them. 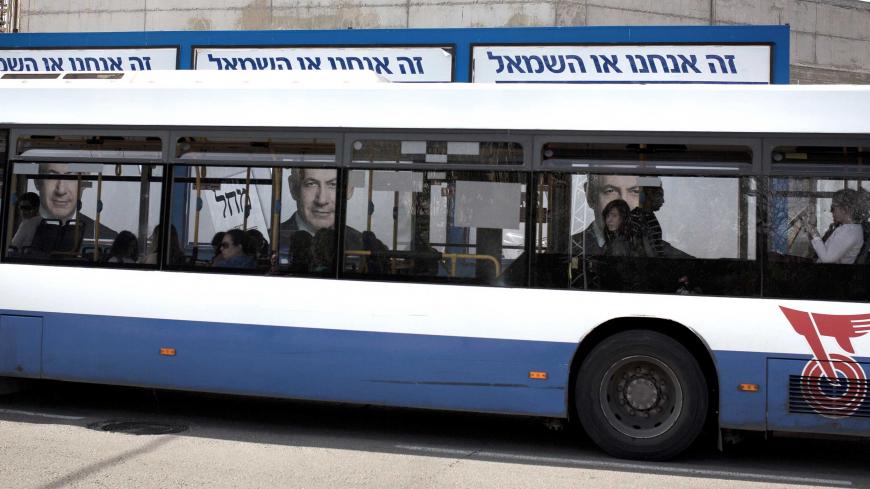 Next week, the Knesset's Interior Committee will debate a proposed piece of legislation by Minister for Public Security Gilad Erdan, which would expand the authority of civilian security guards. According to the proposal, security guards will be given powers similar to the police in that they will have the right to detain suspects, demand that they identify themselves and even use force to prevent them from entering crowded spaces such as shopping malls and public transportation. Erdan claims that the purpose of the law is to increase civilians' sense of safety in recreation centers and offices that provide services to citizens.

This proposed expansion of authority is an extension of the Body Search law (nicknamed "stop-and-frisk" bill), initiated by Erdan and approved by the Knesset in February 2015. This law expanded the authority of the police to search the body and possessions of any person if he is suspected of potentially acting violently, or if he threatens someone or assaults them verbally. At the time, the law came under widespread public criticism and was opposed by the Association for Civil Rights in Israel (ACRI). As a result, it was eventually toned down so that the authority to conduct such searches was limited to instances in which there was "reasonable suspicion."

Even after the law was toned down, however, ACRI claimed that there was still a significant concern "regarding unacceptable profiling of Ethiopians, Arabs and people of Middle Eastern background. These communities are still at risk of over-policing, in the absence of supervision of police conduct on this matter." Now these same powers are being given to civilian security guards.

Azbargeh, who lives in the Bedouin settlement of Arara, arrived at the bus station as usual early in the morning, wearing the bus company's uniform. He claims that the guards prevented him from entering, even though other drivers entered the station before him. He was then told by the guards to enter through the main entrance for the general public, a 10-minute walk from there. When he complained that he would be late for his shift and that Jewish drivers entered just before him, he was attacked so severely by the security guards that he required medical treatment at the local hospital. Other drivers at the entrance documented the event, showing Azbargeh lying on the ground while the security guards beat him from every direction.

In a conversation with Al-Monitor, Azbargeh claimed that the security guards stopped him from entering solely because they identified him as an Arab. He said that the guards beat him even though he was wearing the Metropoline uniform and it was obvious to them that he was coming to work. "A Jewish driver went through [the gate] half a minute before me. I tried to explain to them that I would be late for my route, but they didn't care. They started cursing me, pushing me around and beating every part of my body," he said.

Upon his release from hospital, Azbargeh went to the police station to file a complaint. A surprise was waiting for him there as well. He was detained for interrogation, because the staff of the security firm claimed that he had attacked them first. The video clip filmed by his friends showed investigators the intensity of the violence to which the guards subjected him.

In October 2015, Azbargeh prevented a terrorist attack in Kiryat Gat. "The passengers started shouting to me while I was driving that there was a terrorist on the bus," he recalled. "The first thing I did was let everyone off. I was the last person on the bus, so the terrorist attacked me by spraying something in my eyes. I kicked him and he fell. Then I chased after him, but he grabbed a gun from a soldier. I called the police, and luckily the entire incident ended with only two people getting injured."

When asked how it feels to have prevented a terrorist attack in the past, only to be beaten by security guards for no reason whatsoever, he said, "I was insulted mainly. They insulted me in front of all the passengers standing at the gate. The first bus standing there was a bus with passengers from my village — people I know personally. They saw me being humiliated. I was beaten up in front of all the other drivers, which hurts more than the pain from the blows themselves."

Azbargeh's friend, Talal Abu Sauleq, who is also a Metropoline driver, told Al-Monitor that the company's Arab bus drivers are not opposed to the security arrangements. They recognize the need for security measures, but because of their appearance they are not only immediate suspects but also an easy target for humiliation. According to him, security guards act aggressively and sometimes even barbarically toward Arab drivers, "which is why granting them the same authority as police officers is both dangerous and scary."

Abu Sauleq said that security guards board his bus as soon as he arrives at the station. They remove anyone they think looks suspicious and conduct a humiliating search on them in front of all the other passengers. "There isn't even an examination area so that they can conduct the search privately and with dignity," he said, adding that the security guards do not use common sense. "Most of them start working there as soon as they get out of the army, so they still think in terms of the West Bank," he claimed. "Every Arab looks dangerous to them and they behave toward them accordingly."

Attorney Nidal Othman, the director of the Coalition Against Racism in Israel, told Al-Monitor that his group will oppose Erdan's law any way they can. "It is a terrifying and disturbing law, which obligates all of us to oppose it," he said. He explained that Erdan's law effectively allows every security guard to be a police officer, without the required training. "That's a recipe for disaster and it will be used mainly against Arab society in Israel."