Iranian negotiator says US bad intentions not limited to Trump

The Iranian deputy foreign minister spoke to Iran’s parliament about both the benefits and challenges of the nuclear deal. 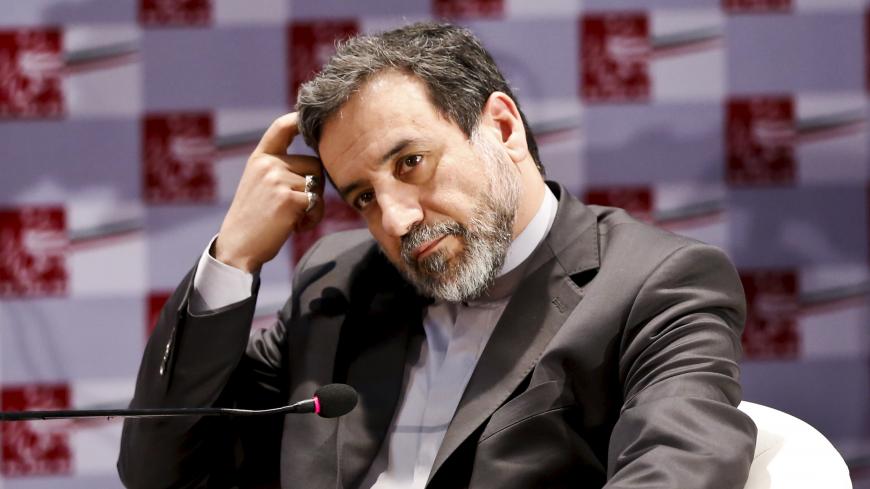 Iran’s Deputy Foreign Minister Abbas Araghchi addressed the country’s parliament on the 2015 comprehensive nuclear deal between Iran and the six world powers. Araghchi, a former nuclear negotiator, said his report was a “realistic portrayal” of the both the “economic openings and challenges encountered” in the 21 months since the nuclear deal has been implemented.

Araghchi said that the biggest challenge since the implementation of the deal has been “America’s ill intentions.” He added that while the nuclear deal states that all parties must implement the deal with good intentions, the United States “has always tried to decrease Iran’s benefits” from the deal.

Araghchi said that the Foreign Ministry has provided a report to parliament’s National Security and Foreign Policy Commission on the breaking of pacts by the United States. As examples of some of these actions, Araghchi noted the Obama administration’s visa restrictions on those who had traveled to Iran; the delays in issuing licenses for the selling of airplanes; the creating of cumbersome financial and banking regulations; the insistence on increasing non-nuclear sanctions; the increase in the number of Iranian nationals sanctioned; the violent and provocative comments by President Donald Trump; and unconventional diplomatic actions such as America’s Ambassador to the UN Nikki Haley’s trip to Vienna to pressure the International Atomic Energy Agency regarding Iran’s adherence to the nuclear deal.

Araghchi said that Iran’s foreign minister and lead negotiator, Mohammad Javad Zarif, has written 10 letters to Federica Mogherini — the European Union’s top diplomat and a coordinator for the countries involved in the nuclear deal — that describe the breaking of pacts and the delays by the United States.

Araghchi viewed US actions in undermining the nuclear deal as an effort to compensate for signing what they viewed as a bad deal for themselves and a beneficial deal to Iran. However, according to Araghchi, this tactic — and especially Trump’s decision to not recertify the nuclear deal — will lead to America’s isolation rather than Iran’s. He said that all of the other signatories to the nuclear deal, including the five permanent members of the UN Security Council plus Germany, are opposed to US actions — especially China and Russia.

Despite complaints about the United States, Araghchi added that there have been positive benefits to the nuclear deal — including the increase in the sale of oil, the opening of banking channels, and Iranian tankers that are now fully insured.

Araghchi said that Iran is not relying on one single country and has also made forecasts for every possible scenario, and they are prepared for every situation. He said that US “hostilities and bullying” against Iran will continue, adding that Iran will not allow the United States to damage an international agreement that has had “many advantages and benefits” for them.