Contrary to common wisdom, not all foreign financing, especially the type currently trickling into Iran, is good for state finances and the country’s economy. 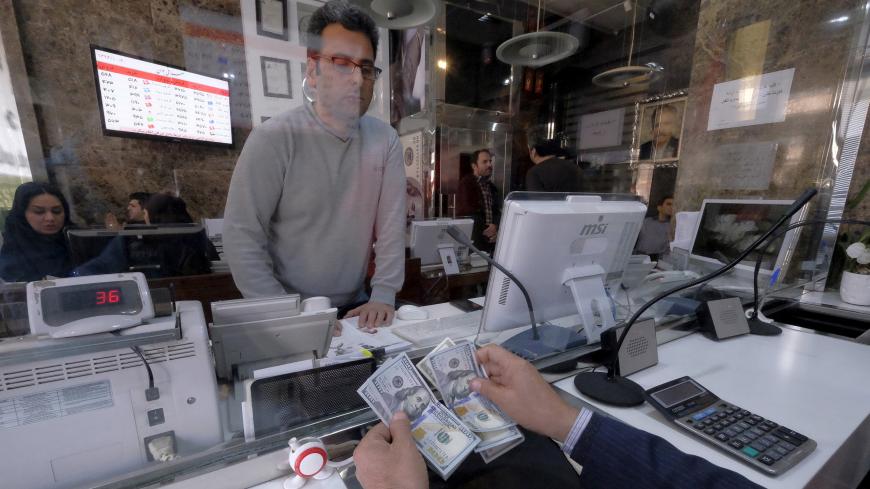 Facilitating foreign financing has been among the top items on Iranian President Hassan Rouhani’s agenda since the signing of the nuclear deal in 2015. Under the current circumstances, with domestic lenders grappling with a credit crunch, the best alternative appears to be embracing foreign capital to help boost economic output. In addition, the Islamic Republic’s Sixth Five-Year Development Plan (2017-2021) stipulates that 25% of funding should be provided through foreign investment, including foreign direct investment (FDI), contractual arrangements and financing.

In a 2015 study conducted on the requirements for 8% annual growth, it was concluded that achieving such a target would require $28-$50 billion of foreign capital per annum. This survey sought to determine the amount of investment required to realize the growth rate, excluding the amount of capital that could be accessed by the means of domestic savings in the banks. When the results of the study were announced, Masoud Nili, the special presidential aide for economic affairs, who apparently supervised the study, reiterated, "It should be noted that the figures mentioned in the report as foreign capital point to FDI. They do not include [foreign] financial investments or financing,” reported economic daily Donya-e-Eqtesad on Dec. 12, 2015. Regarding the findings of the study, Nili also remarked that the required capital would be subject to two conditions in the Iranian economy: First, the economy should have the underlying potential to attract foreign resources, and second, a robust, proactive private sector should be emerging.

Nonetheless, the climate for private sector engagement is still gloomy. In addition, among key features qualifying an entity to access foreign financing is the capability to cover part of the project cost by the loan seekers. In conventional finance, about 15% of the total purchase price needs to be initially paid by the beneficiaries. At present, full-fledged funding is not available for projects in Iran. It seems that should a loan applicant not have the financial capacity to grant his share of credit of the relevant project from the beginning, then, most probably, the applicant would not stand a chance to receive credit lines without state guarantee.

Next is the issue of different interest rates tied to credit facilities. The fact is that the overall cost of foreign credit lines is closely interwoven with the country's credit risk rating. The higher a country's credit risk grade is, the less the borrowing costs and vice versa. Of note, Iran’s country risk classification with the Organization for Economic Cooperation and Development (OECD), an intergovernmental economic organization with 35 member countries, experienced improvements and was promoted to the best historical record of grade 4 in 2001 after the 1979 Islamic Revolution. But the ranking steadily dropped to 7 under Mahmoud Ahmadinejad’s presidency (2005-2013). The OECD once again upgraded Iran’s credit rating to 6 in 2016-2017.

Mohammad Reza Jahan Biglari, a member of the Iran Chamber of Commerce, Industries, Mines & Agriculture (ICCIMA), in a round table discussion on Iranian state TV on Sept. 19 argued that in the finance contracts, interest rates range between 3-3.5%. But a large number of other extra costs such as 13-15% insurance expenditures are also added to the total charges. Biglari noted that the overall expenditure amounts to approximately 30-40%, making foreign funding for business unwise and noneconomic. Some economists and pundits believe that using financing would surge the country’s external foreign debt. They are of the opinion that the government is likely to default on these loans, which might lead to further economic and political problems for the country besides a further widening budget deficit in the years to come.

In the same vein, Gholamhossein Shafei, ICCIMA’s chief, hinted at the risk-bearing quality of foreign debts: "One of the government's actions over the past two years is the funding of projects from foreign [countries], which should be reckoned with cautiousness.” Absorption of finance involves high risk, especially when it is used by state actors. This would lead to an insurmountable debt crisis in the future. Therefore, the optimal solution to this issue is attracting FDI instead of zeroing in on finance deals alone, according to Shafei.

Iran has not been successful in appropriately exploiting its financial resources in the past. In the period from 2005 to 2013, the country pocketed about $703 billion from the export of oil and gas — with petrochemical exports, this figure exceeds $780 billion. A significant portion of these huge revenues were spent on the then so-called quick return projects initiated by Ahmadinejad's government, ending up in below-standard technologies and low productivity. Although production capacity rose in factories during the period, the slim demand in the domestic market forced manufacturers to operate at half their capacity. This tragedy still continues with their inability to repay their liabilities — even in local currency.

Meanwhile, the finance contracts signed between Iran and its foreign counterparts are clearly against the general policies of a resistance economy postulated by Supreme Leader Ayatollah Ali Khamenei. Articles outlining this measure underline the fact that the government should make utmost efforts to utilize domestic strongpoints in production and productivity combined by recognizing the role of the private sector to achieve a more resilient economy. Owing to the preconditions and requirements made by Iran’s contract parties, it appears that Iran is less poised to benefit from granted credit lines. Due to the nature of these agreements, Iran is obliged to use the resources restrictively to buy goods and technologies from the same countries underpinning the creditor countries’ exports and undermining the debtor’s economic activity at home.

As such, credit lines are allocated to schemes that first of all require significant capital and second, and more significantly, have the ability to export the product and earn foreign currency to meet obligations during the repayment period. Given that most state-owned projects lack these characteristics, it is thought that rent seekers might start to seek permission to access scarce international resources by lobbying and providing false and fabricated documentation.

The present status quo, regarding the chronic low production growth and lack of surplus of investment, bodes ill for Iranian enterprises. It is highly likely that the economy might lose its pent-up enthusiasm to take advantage of the last straws of hope to be had through FDI or foreign finance. As a result, the best way to allocate limited international resources is the establishment of an entity with a management board to grant capital to highly qualified projects. The membership of this board should include the Ministry of Economic Affairs and Finance as the guarantor of foreign loans, the Central Bank of Iran as the regulator of operating banks, and a planning and budget organization as the agency responsible for verifying and approving economic priorities of the country.

At the current critical economic juncture, the government and parliament should put their whole support behind this board and give credit to it as the only formal channel for directing financial resources to the most viable and profitable schemes across the country.