In rural Turkey, farmers and livestock producers are fighting back against the government's new economic policies. 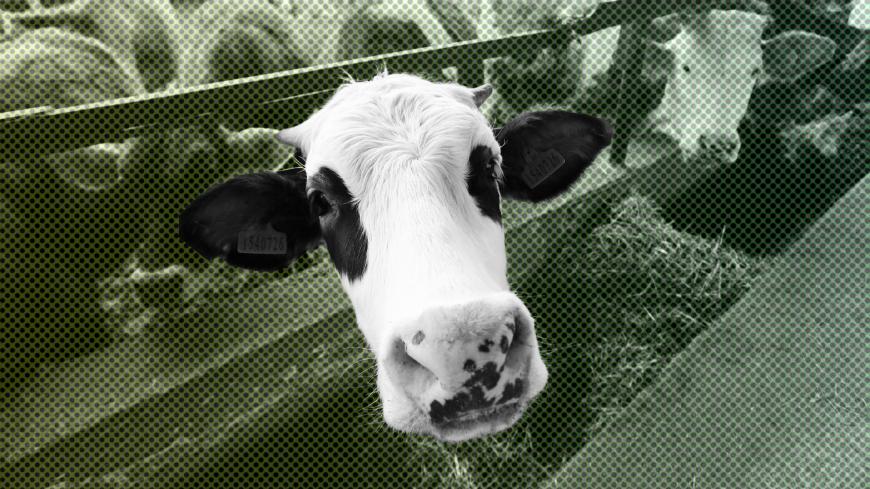 Turkey's farmers, livestock producers and their related unions are emerging as a new and unexpected mass opposition in the country, staging rallies and marches to protest sustained heavy economic losses. Despite all their efforts to soothe the anger of Turkey's rural population, President Recep Tayyip Erdogan and his government continue to grapple with this surprising opposition. As agricultural and livestock costs rise, farmers and livestock producers' products do not fetch appropriate prices, especially after the liberalizing of agricultural imports. The situation has prompted a near rebellion in rural areas impacted by the government's new economic policies, despite restrictions imposed by the state of emergency.

Businessmen are wary of directly challenging the Turkish state. They are intimidated by the arrests of scores of businessmen who have been accused of providing economic resources to the Gulen movement. The state has seized the properties and funds of many prominent companies.

Turkey’s oldest and most influential business association, the Turkish Industry and Business Association, or TUSIAD, has adopted a low profile. However, MUSIAD, the Independent Industrialists and Businessmen's Association, has opted to fully back Erdogan. Professional organizations approved by Erdogan refrain from criticizing him and the government.

Labor unions are in a similar situation. Of Turkey's three major labor confederations, Turk-Is and Hak-Is are closer to the government, while DISK — the Confederation of Progressive Trade Unions — is trying to survive under the difficult and restrictive conditions of the current state of emergency.

Turkey’s Red Meat Producers Union reacted strongly against the recent liberalization of meat imports. Birol Mermer, the head of a local husbandry union in Ankara, asked in an Oct. 15 press release, “[Is the government] trying to terminate local production?” The chairman of Antalya's Red Meat Producers Union, Ilham Aydan, said that the price of meat is not going down despite the liberalizing of imports and that only a few middle men are making profits. He warned that his union will be marching on Ankara.

Erdogan's announcement during a Sept. 11 visit to Serbia that Turkey would import 5,000 tons of red meat from Serbia did not help the situation. Many recalled how Erdogan and the Justice and Development Party (AKP) had once been virulently anti-Serbian, due to the 1995 massacres of Muslims in Srebrenica. The pro-government Turkish media's lauding of meat imports from Serbia as “great news” was intepreted as a fatal blow to local animal husbandry and meat production, as was Economy Minister Nihat Zeybekci’s declaration of the possibility of importing meat from Russia.

In the Black Sea region, the government's hazelnut pricing policies angered the 500,000 people who make their living in the industry. When the government declared the base price of hazelnuts to be 10 Turkish liras ($2.69) per kilogram, many producers declared they would cut down their trees. The main opposition Republican People's Party (CHP) organized a three-day protest march in September, under the banner of "Justice for Hazelnuts," from Ordu to Giresun, about 29 miles (47 kilometers) along the Black Sea coast. Thousands of protesters joined the march to express their anger over the government’s hazelnut policy.

Tea has also become another major problem for the government. This strategic product is the livelihood of hundreds of thousands of families in the Black Sea region, including in Erdogan's hometown of Rize. A report by CAYSIAD — the Tea Industrialists and Businessmen Association — angered tea growers by suggesting that the price of Turkish tea is higher than the global average. The Tea Producers Association charged that such a claim was a ploy to open the way for tea imports. The association warned the government against such a move.

Reactions from the agricultural sector did not end there. In the Aegean region, the government’s base price of 4 Turkish liras ($1.08) per kilogram of grapes also triggered protests. Even the Nationalist Action Party, which supports the AKP, reacted strongly against this base price. The main opposition CHP demanded the price of grapes be raised to at least 6 Turkish liras ($1.61) per kilogram. Thousands of growers marched against the government in the streets of Manisa, Turkey's capital of grape production.

Turkey is also among the world’s largest producers and exporters of apricots. In Malatya, the country's center of apricot production, farmers protested low prices by cutting down their trees and spilling their products on the roads.

Meanwhile, in the tobacco sector, heavy prison sentences and fines introduced against tobacco growers were the source of more fury. Tobacco growers protested new regulations introduced by parliament restricting how, where and when Turks can produce tobacco. The aim of the legislation was to prevent tobacco smuggling. The Tobacco Experts Association said that with the new restrictions, thousands of tobacco growers will be facing years in jail and heavy fines. The association also expressed opposition to the liberalization of e-cigarettes and alleged that the new regulations were drafted in line with wishes of foreign cigarette companies and will soon mean the end of the local tobacco industry.

According to CHP parliamentarian Veli Agbaba, tobacco is the most important source of income for people in Adiyaman province and the new regulations will greatly harm the province.

Main opposition leader Kemal Kilicdaroglu said Turkey’s specialty "Oriental tobacco" is being eradicated. The government’s taxation of cigarettes is now 84% per packet of cigarettes, hence the sharp rise in those rolling their own cigarettes, he noted.

According to the UN Food and Agriculture Organization, Turkey’s agricultural population in the last decade has been reduced from 30.98% of the population to 25.64% of the population, meaning that out of Turkey's population of 80 million, around 20 million Turks live in rural areas. Those 20 million Turks are directly affected by the country's agriculture and animal husbandry policies. In the country's April 16 referendum, the AKP lost the youth vote in major cities; now the AKP stands to lose the rural vote, which was once a solid support base. The collective outrage of a 20-million-strong segment of the population — the uprising of villagers — could come as a major shock to Erdogan.

Erdogan and his AKP squandered hundreds of billions of liras to ensure a "yes" vote in the April 16 referendum, all to guarantee Erdogan an executive presidency. Now they are trying to make up for it by raising taxes.

The government doesn’t seem to be able to quell the uprising of farmers and agricultural producers. Under current conditions, the possibility of Erdogan’s presidential aspirations being shot down by rural opposition should not be dismissed.