Old and new vineyards show off their wines and present them to local and international buyers at Beirut's Vinifest. 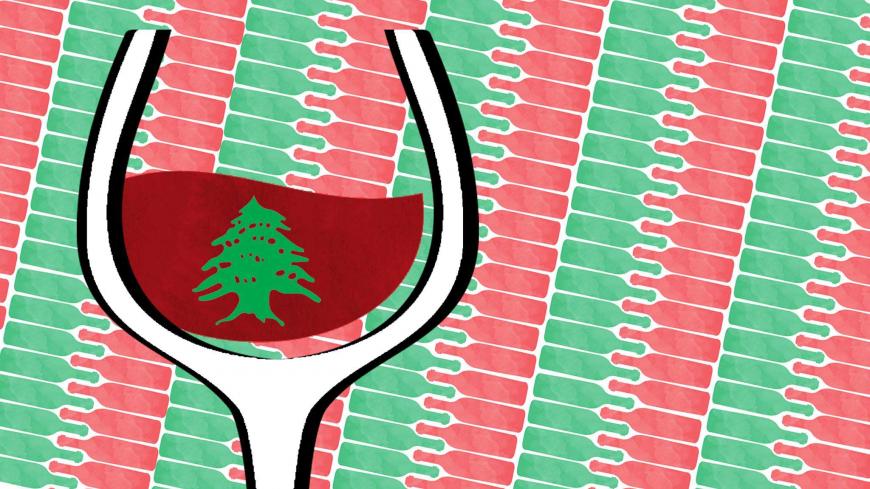 Wine culture in Lebanon can be traced back to the Phoenicians, who spread across the Mediterranean between 1500 and 300 B.C. The country's long-standing winemaking tradition was revived in the early 2000s, and wine production in Lebanon increased again. Today, Lebanon produces roughly 8.5 million bottles a year, which it mostly exports abroad, including to France, Japan, the United Kingdom and the United States.

These three vineyards, along with others, consider Vinifest, Lebanon’s largest wine event, a good platform to get into the local and international spotlight. Neda Farah, the director of events management company Eventions, established Vinifest in 2004 to introduce the different wines produced in Lebanon to the public. The event, which was originally located at the Beirut port, was not held for three years after the assassination of Prime Minister Rafik Hariri in 2005 put on hold most cultural activities in 2005-2007; Vinifest restarted in 2008 relocating to Beirut Hippodrome. On Oct. 4-7, 2017, it celebrated its 10th anniversary.

For four days, attendees tasted wine either on their own or in the company of 22 European enologists. “Lebanese wine was almost unknown, and I thought it was essential to help people know about wine culture in our country,” Farah told Al-Monitor. “I used to be a pharmacist and I traveled a lot. I attended a wine and music festival in Greece and I loved it. That’s why I started organizing it here. The idea is to promote the culture of Lebanese wine, and with time I noted that the wine really improved in terms of quality. Wineries use advisers from abroad, and the Union Vinicole du Liban helps regulate the wine production and promotion."

She noted that wine consumers are also getting more adventurous and eager to try new brands. “Restaurants have a larger wine list, and new wines are produced in different parts of the country, with more people buying wine. This year, 37 local companies attended the wine event compared to around 30 last year, and we met our expectation of around 25,000 visitors,” she said.

For Farah, Lebanese wine is special because “it receives a lot of sun so it is rich, robust and sensuous, with many aromas and savors."

Chateau Ksara is one of the wineries that have been exhibiting at Vinifest since the beginning, together with nine other wineries. “We participate every year in Vinifest to reach the consumer through a tasting and celebration with the producers,” George Khalil Sara, an administrator and board member of Ksara, told Al-Monitor. “Vinifest is a fair focused on the wine consumer, which sets it apart from international fairs and festivals that are mostly focused on its commercial side.”

He noted that Lebanese wine production is growing. “Twenty years ago there were only four or five producers, and now there are more than 50,” Sara added. “It shows that our wine is in demand more and more, which explains our export to more than 30 countries.” In collaboration with the Ministry of Agriculture, Eventions is also organizing Lebanese Wine Day in San Francisco on Nov. 16 and in Los Angeles on Nov. 20.

Chateau Khoury is another wine producer that has been exhibiting at Vinifest since 2004. According to owner Jean-Paul Khoury, taking part in the annual wine event has provided a chance to present his young winery to the public.

“It also allows us to meet our customers and to have direct contact with them,” he told Al-Monitor. Vinifest provides Khoury and his family with an opportunity to showcase the location of their vineyard, north of the town of Zahle in the Bekaa Valley. Because wine culture in Lebanon is also about experiencing the countryside, food and touristic visits, Vinifest allows Khoury to meet people who might come to visit the winery and its restaurant during the year.

Coteaux les Cedres joined Vinifest for the first time in 2017. “It is important for Coteaux les Cedres to be present at Vinifest,” Maya Adaime Masri, the head of human resources and communications at Fair Trade Lebanon, told Al-Monitor. “It gives us visibility and the opportunity to promote our wine and tell the story behind it. We are in the early stages, but I personally believe that we will become a wine-producing country with a worldwide recognition.”

Farah added, “For us, what is important is that the event provides a positive and beautiful image of our country. After all, Lebanon is also like that — a diverse country.”