Along Turkey’s chic Aegean coast, the dream of owning a vineyard could easily turn into a nightmare as tourism declines and legal restrictions rise. 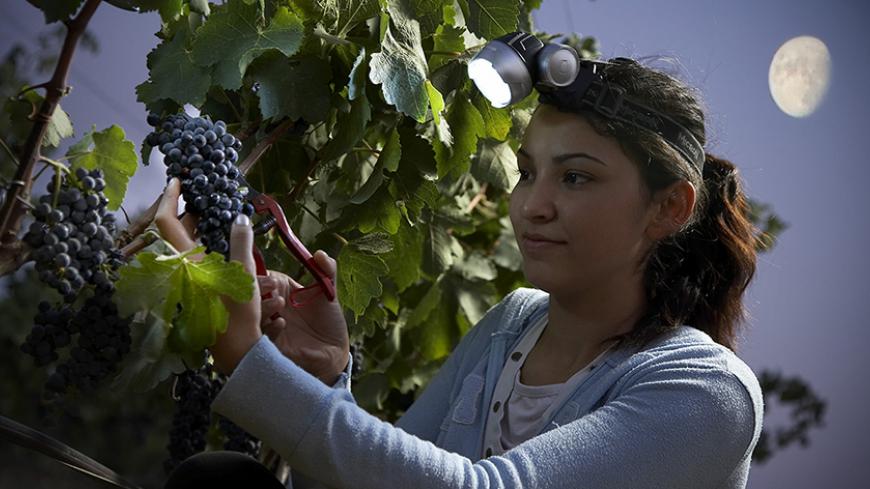 One of the signature wines of Lucien Arkas Vineyards is called Mon Reve (My Dream) — a wink to the Levantine businessman’s youthful dreams of eventually owning a vineyard.

Arkas’ LA Wines stretches over 1.2 acres of land located 30 kilometers (19 miles) from Ephesus, an ancient site on UNESCO’s World Heritage list. Complete with 3,000 square meters (3,600 square yards) of wine cellar area, a tasting bar, bar, kitchen and a shady veranda, LA has been bringing to Turkey a steady line of awards in wine-making including from Decanter magazine. LA has also been listed as one of the greatest wine cellars of the world by Switzerland’s Braun Publishing.

“I grew up with a wine culture,” Lucien Arkas, the second generation of a Levantine shipping family, told Al-Monitor. “The culture around drinking wine is far different from that of raki [Turkey’s traditional drink]. Raki is the drink of the single men’s tables whereas wine belongs on family tables where men and women drink together.”

Arkas, described by Monocle magazine as one of the world’s top shipping moguls, said he often quotes the Latin proverb, “Good wine makes the heart happy.” He added, “But the key word is 'good.' In the past, Turkish wines were far from being good. I dreamt of making good wine.”

While the wine-making tradition in multicultural Anatolia dates back 6,000 years, Turkey's post-Ottoman wine industry is in its infancy. With non-Muslims leaving Turkey after the 1923 War of Independence and through Turco-Greek population exchange, the wine-making tradition soured considerably. In the 1920s, two Turkish families founded their own wine companies, but there was hardly more variety in Turkish wine than in Turkish politics during the country’s single-party years. Turks often joked that there were two types of Turkish wine: red and white.

In the second half of the 20th century, several more local wine producers mushroomed locally, but the wine was folkloric rather than drinkable. One of the Aegean towns, Sirince, (in)famous for its wines made with banana and other unlikely fruits, got its moment of glory when American actress Jodie Foster paid a visit and bought 15 bottles.

The true revival of Turkish wines came in the first decade of the 21st century. New and ambitious wine producers such as Suvla Wines in the Gallipoli Peninsula and Gulor Winery in Thrace raised the bar for the existing producers. In 2010, Arkas bought Idol Wines and changed the company name to LA Wines.

“Vineyards are like children, you have to invest in them, teach them, work endlessly on them so that you can gather the results of your labor,” Arkas said.

Heavy investments in state-of-the-art wine-making technologies, oak barrels, outside consultants and efforts to introduce new grapes to the Aegean terroir followed the purchase. Experts reviewed the territorial and climatic characteristics of vineyards, and soil and climate analyses were conducted and saplings supplied from Europe were brought in by special air-conditioned trucks. Wine-making grapes such as tempranillo, chenin blanc, viognier, marselan, cabernet sauvignon, merlot, chardonnay and the local bornova misketi were planted. Vines were wrapped by wire based on a cultivation system called “high trellis" to ensure that they grow upward. Today, LA Wines produces 1.3 million bottles of wine annually, in different segments that range from table wines to collecter bottles.

Arkas’ LA is not the only vineyard that wants to make a name in the old wine-producing region. The Aegean produced wine since 1000 B.C., during the times of conquest-minded Persians and the commercially inclined Lydians. Yedi Bilgeler Winery, which takes its name from the Seven Sages of ancient Greece, incorporates a winery, hotel and restaurant close to Ephesus and names its wines after the Greek thinkers. On the other side of Izmir, near the Karaburun Peninsula, half a dozen vineyards, big and small, came together in 2016 to create the Urla Wine Route with financial support from the Izmir Development Agency.

The owners of the vineyards are mostly former white-collar professionals. Architects Bilge and Reha Ogunlu decided to return from Michigan, to settle in Urla and take over the family vineyards. Three more couples — two dentists, two lawyers and a brain surgeon — followed their escape from the city.

But it was not simply comradeship, sunsets over vineyards and sipping wine together for the new vineyard owners. The difficulties in obtaining permits, the limitations on marketing alcohol and the fall in tourism revenue all risk turning the dream of a vineyard owner into a nightmare.

As of 2015, growth in the wine industry continued to be restrained by the negative factors influencing Turkey’s overall alcoholic drinks market, such as twice yearly increases in excise taxes and bans on the marketing and promotion of all alcoholic drinks, according to a report by Euromonitor. Secular but predominantly Muslim Turkey consumes only 1.5 liters (6.34 cups) of alcohol per capita annually, according to OECD figures. Squeezed between regulations, taxes and the constant calls by President Recep Tayyip Erdogan to stop drinking, Turkish consumers may be unlikely to increase their alcohol intake.

“The existing laws make it impossible for us to offer a glass of wine to those on the wine tour,” Sevil Terzioglu, the public relations officer of Yedi Bilgeler Winery, told Al-Monitor. “Laws on alcohol that were first enacted in 2013 and further strengthened in 2015 prevent most anything that would create brand awareness on alcohol. We cannot make sponsorship deals, offer a free drink to tourists who visit the vineyard and we cannot share pictures of bottles on social media.”

The decline of Western tourists who drank wine and loved visiting vineyards made the picture even bleaker. “We had 2,000 reservations from abroad last year,” lamented Terzioglu of Yedi Bilgeler, which has a total of 28 rooms around the picturesque vineyards. “This year, we have less than half a dozen foreign tourists. The fall has become more pronounced after July 15, 2016 — the failed coup in Turkey.”

Asked whether his wine-making dream has turned into a nightmare after all, Arkas replied with a smile, saying, “I am not a man who’d shy away from difficulty.”