In light of social stigma and limited health care, a Lebanese NGO is launching a suicide hotline to help people suffering from mental illnesses overcome their problems. 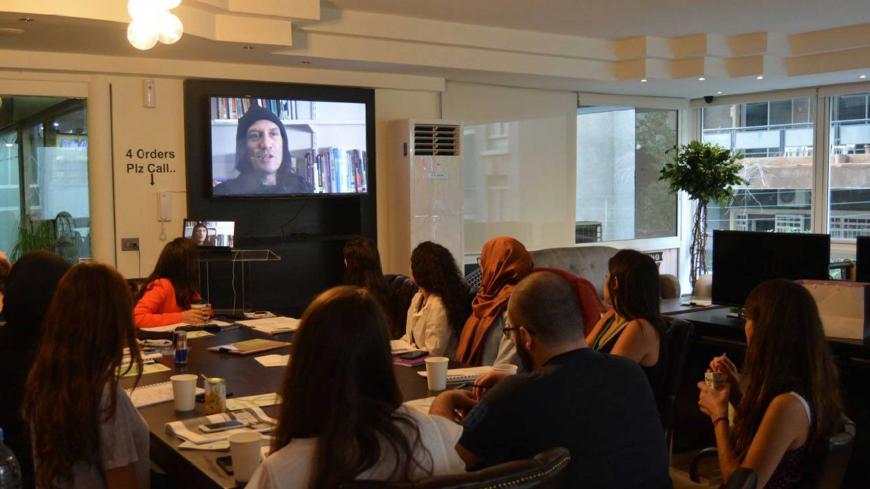 Embrace, a Lebanese nongovernmental organization (NGO) that raises awareness about mental health, launched in September the first national suicide prevention hotline in Lebanon. Currently in its pilot phase, the hotline will officially launch at the end of October and will be able to receive up to 150 calls a month.

Suicide rates in Lebanon are lower than in other countries. According to a World Health Organization study last updated in June, the suicide rate in Lebanon for 2015 stood at 3.1 per 100,000 people compared with 14.3 per 100,000 people in the United States for the same year. But lower suicide rates do not mean the issue should be taken lightly, and mental health issues such as depression should be prevented and treated before they become an epidemic.

This is why Embrace, launched in 2013 as an affiliation of the Department of Psychiatry of the American University of Beirut Medical Center (AUBMC) and an independent NGO since this year, decided to raise awareness about mental issues in Lebanon. “One of four Lebanese will suffer from a mental illness during his life but won’t necessarily seek help because of the social stigma and also the [high] prices of available care,” Mia Atoui, a psychologist and co-founder of Embrace, told Al-Monitor.

“Until now, we provided information and also funds to patients. Our latest project is a hotline whose goal is to address individual suicide crisis through active listening and suicide risk assessment,” she added. The project is at its pilot phase and will be officially active at the end of the month. It is now run by around 30 volunteers who were trained by international professionals with experience in prevention hotlines and local trainers and is active every day from 12 p.m. until 2 a.m. They are receiving about two to three calls on average per day.

“We hope to make the service available 24/7 later on,” Atoui said. “The aim is to make the caller talk about what’s triggering the suicidal thoughts, express feelings without being judged. After decreasing the crisis level, we can move to problem-solving, or at least give hope to the caller to think about solving it. Then we can recommend to the caller mental health services according to their needs. Sometimes, a third party can call, and we also have to assess their risks, especially when he lives with the person affected. Usually, it is a mental health issue. The person struggles with depression, and social or financial problems could exacerbate it.”

To announce the opening of the hotline, Embrace will release a billboard, TV and social media campaign. In the meantime, the team decided to focus on encouraging people to start a conversation about mental health and suicide through a campaign called “Talking Saves Lives.” On a website, people can record messages of support or share their own experience.

Research institute and NGO IDRAAC works with the psychiatry departments of Balamand University and Saint George hospital to provide free mental health care, education, community services and training. It has been on the field since 1982 to research and inform people about mental health in Lebanon.

“We need people to think of and access treatments; we need people to seek for help,” Elie G. Karam, a psychiatrist and the president of IDRAAC, told Al-Monitor. “That is why the idea of a hotline is very good. We want people to understand that mental health disorder is not a stigma and that they can be helped at the first sign. Suicide is the extreme end of depression, so people should not be alone in this. What we can do for now is teach primary health care centers to recognize depression and treat it. Also, we should have every hospital offer free treatment because insurance doesn’t cover it.”

Having informed patients and medical staff is the key to prevent suicide, according to Joseph El Khoury, a psychiatrist and professor at AUBMC, who told Al-Monitor a few things that could be done to address the situation: “Raising awareness on the importance of identifying depression and other psychiatric problems. Informing the public that these can be treated and that we have relatively good doctors and mental health professionals in Lebanon. Providing help through suicide hotlines or drop-in centers or through educating police forces, emergency doctors and family doctors on providing basic recognition, support and counseling.”

As a doctor, Khoury’s main goal is to talk about suicidal thoughts openly, because “this provides an outlet for the patient who feels isolated with his thoughts, afraid of sharing them with his close ones for fear of shame or a panic reaction,” he said.

Kerbage also tackled the topic in a 2014 Legal Agenda article. She wrote, “The only Lebanese legal provision that deals specifically with the treatment of persons with MHC [mental health conditions] is the Welfare Act and Protection and Treatment of Mentally Ill Patients (Legislative Decree no. 72-9/9/1983). A previous study in 2009 … highlighted its non-conformity with international standards.”

She added that in 2008, IDRAAC proposed a draft law for the care, treatment and protection of persons with MHC and submitted it to the Lebanese Parliament in 2012, with very little public attention. In 2014, Legal Agenda reviewed this draft law and suggested amendments to it. By doing so, Legal Agenda wanted to highlight conformity with international standards, mainly the UN Convention on the Rights of Persons with Disabilities, to provide practical tools for implementation within the law and to launch a public debate on the issue. This new version of the draft law was then adopted by the National Mental Health Program at the Ministry of Public Health, which incorporated Legal Agenda’s suggestions in this regard. However, debates and updates on the progress of the draft law have been largely absent from the public scene since its adoption by the ministry.

What Kerbage highlighted the most in her article is the absence of public debate that would be, according to her, very positive for the community. Involving patients and civil society members as main actors in the process and understanding the social challenges that they face. These challenges include poverty, gender inequalities and conflict; she would like to see policymakers and stakeholders look into the social and economic aspects of mental illnesses, not only the medical ones. In this sense, a community-based intervention would also advocate for social and political justice through linking to social, legal and protection resources, thus acknowledging some of the main causes of social distress, while working with the community to retrieve the main patterns of collective social strengths and resources, she added.