With no sex education in Lebanon's schools, the launch of a new hotline gives the Lebanese a chance to ask their questions related to sex, relationships, sexual health and gender identity. 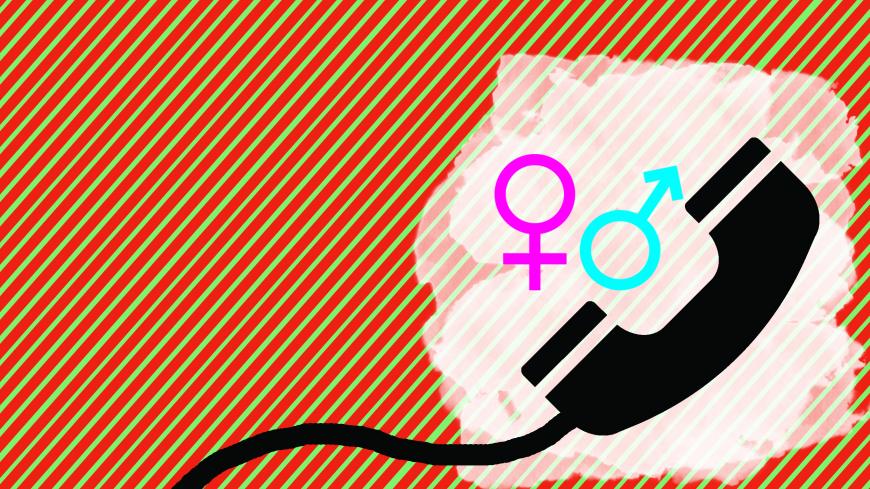 “Why is my birth control pill making me fat?” “How can I pleasure my wife more?” “How can I find a doctor who will give me medical advice without judging me?” These are some of the questions callers ask the counselors of the hotline called The A Project.

In Lebanon, sex education in schools is uncommon. While contraception methods such as birth control pills and condoms are available through doctor's offices and in some public places, people in general do not have easy access to information about contraception, sexually transmitted infections (STIs) or the option to just to talk about their sexual issues. The hotline of The A Project provides a sympathetic and informed ear; it allows people to call in anonymously and ask their questions about sexual health and sexuality, from what kind of condom or birth control pill brand is best, to how to handle a difficult breakup. Launched officially in November 2016, the hotline is open daily from 5-11 p.m. and aims to reach in particular women, those who identify as transgender and nonbinary people.

“We aim to reach people who have restricted access to information and sexual health services,” Rola Yasmine, a co-founder of The A Project, told Al-Monitor, “One of our priorities is reaching marginalized groups whose bodies and sexuality are subject to societal control or condemnation.”

One of our priorities is reaching marginalized groups whose bodies and sexuality are subject to societal control or condemnation.

She added, “There is a gap in terms of research and information about sexuality in Lebanon. Sexuality is considered a taboo that is difficult to address as there is no actual representative data. Therefore, a hotline that addresses and anonymously documents the concerns of callers is important. Not only do we help callers clear up the vagueness around sexuality, we also talk to them on issues that are considered taboo.”

Yasmine said that for a long time, the sexual preferences of the LGBTQ community have been regarded as "an illness," which made people reluctant to ask questions or seek help when facing problems. She added that heterosexual women in Lebanon also face social challenges in the expression of their sexuality or sexual desires.

“Unlike many health-care providers, we do not pretend we know when we don’t. It is about having a real conversation without looking down on the caller," she added.

The hotline is the result of three years of preparations. Yasmine and her team modeled the hotline on the Indian organization TARSHI, which is a pioneer in terms of providing sexual health advice over the phone. TARSHI trained the first counselors of The A Project and other people who were interested without wanting to become counselors. The members of The A Project developed their own training as well as ongoing learning methods through discussions and sessions facilitated by experts.

“TARSHI’s team has been working in this field for more than 15 years and is very successful, so now they give training sessions,” Yasmine said. “Given their success, we thought we can learn from them. If TARSHI can cover a country as big as India, then why not do the same thing in Lebanon?”

Yara, who preferred to use her hotline’s alias, has been a counselor since the launch of the hotline after being trained by TARSHI. She has dealt with a variety of questions from people who do not have the chance to access sexual health information easily. “It is important to ensure that doctors aren't the only professionals to answer questions on sexual health,” she told Al-Monitor. “It is too much power in the hands of people not necessarily trained to deal with gender identity and psychology.”

She underlined the need to be sympathetic rather than appear to teach lessons. “We are humans just like the people who call; we try to have a conversation. When you talk about sex, the conversation is loaded with shame — many doctors would appear to pass judgment or condemn you if you are not married, too young, too old, trans or gay. Sometimes, people just want to talk. We do not only provide answers but a listening ear and a validation of a person’s feelings.”

Yara talked about the calls and WhatsApp conversations she has had with callers. She said, “A lot of people want to talk about contraception and STIs; some about sexual pleasure. One of the callers admitted having a premature ejaculation problem; I then talked about other ways to pleasure his wife. One woman wanted to change her birth control pill because it was making her gain weight, so we discussed body image and self-esteem. It is very important to take the conversation to another level — to reach a broader perspective. For example, I talked with a young woman who had sex for the first time with her boyfriend — also a virgin — and who was afraid of having caught an STI even though they had used a condom. When I dug a little deeper, I realized she was feeling guilty about having had sex. It is just so much more than a Q&A.”

Providing confidential and anonymous services related to sexual health already exists in Lebanon. Sexual health center Marsa, which was opened in 2011 in the west Beirut neighborhood of Hamra, provides an anonymous counseling service and testing of STIs, as well as medical consultations, treatments, and psychological and social counseling. It also has a specialized branch dealing with transsexuals. For Diana Abu Abbas, the executive director of Marsa, a hotline is “important in case of emergency, so it’s possible to be referred to someone with expertise or have a professional answer your questions.”

She told Al-Monitor, “We don’t have sex education in Lebanon. It is crucial to have access to information if we want people to have a healthy sex life and not be discriminated against for their sexual identity or preference. I think the most important topics to address first are the stigma on people being sexually active and on people with AIDS or an STI, and communication between partners.”

Marsa and The A Project are collaborating in their effort to help people.

The A Project wants to extend its mission now that it has launched its hotline. Yasmine collects data from the conversations to gain comprehensive knowledge about sexuality in Lebanon. Her team has also started a survey of doctors and their practices in Lebanon, so that they can refer the callers to medical professionals who will help them without prejudice.