Last month's Kurdish independence referendum in Iraq has inspired some of the country's Sunni leaders to call for their own autonomous state in its Sunni areas. 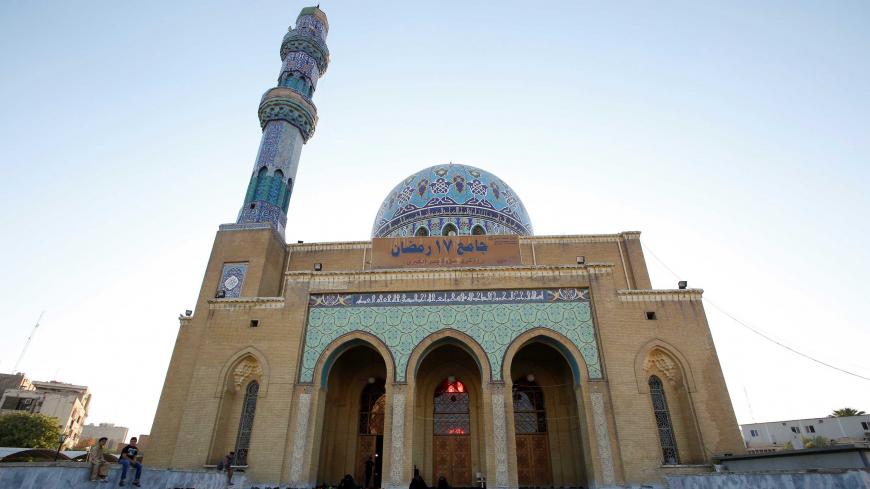 Sunni worshippers attend prayers at a Sunni mosque on the first day of the Muslim festival of Eid al-Adha in Baghdad, Iraq, Sept. 12, 2016. - REUTERS/Khalid al Mousily

BAGHDAD — Sunni forces in Iraq are working on advancing their project to establish an autonomous Sunni region. Sunnis see the Kurdish referendum as an opportunity to achieve self-autonomy in their provinces as well.

The spokesman for Arab tribes in Ninevah province, Mouzahem al-Huwait, talked about the call to form a Sunni region during a TV show on an Israeli channel Oct. 3. He said, “Arab Sunnis are facing killings and displacement, and the government has offered them nothing while they were displaced.”

He added, “Kurdistan is on the verge of creating its own state, and we will create a Sunni region as well.”

Asked whether the Sunni project is similar to numerous, previous calls for independence from Iraq, Huwait told Al-Monitor, “Sunni sheikhs in Mosul started contacting their counterparts in the western areas — namely in Anbar, Ninevah, Salahuddin and Diyala — to bring viewpoints on the issue closer. The next step will be to put pressure on the Sunni political forces in the government to adopt the project.”

He said, “The majority of Sunni forces opposing the government and boycotting the political process are motivated about the Sunni independence project.”

Huwait added, “The Sunni areas of the Baghdad belt [south of the capital] are included in the project, and the government is aware of that. This is why it recently started security campaigns to displace Sunnis there.”

Hadithi said, “Any request in this regard should be addressed to the [Independent] High Electoral Commission, as the latter is tasked with reviewing such projects according to the constitution.” He added that the “Iraqi Constitution allows for the establishment of regions.”

It seems clear that the Kurdish steps toward independence encouraged many Sunni figures and forces in society and among the elite to adopt similar steps, although the Kurdish independence referendum was widely rejected by the international community, the United States and the central government in Iraq. Meanwhile, Iran and Turkey have talked about military intervention and imposing economic sanctions on Kurdistan if it does not cancel the results of the referendum.

The project to establish a Sunni region in northern and western Iraq is not new. On June 30, 2011, then-Iraqi parliament Speaker Osama al-Nujaifi talked about Sunni independence and the formation of a Sunni region, which stirred various reactions.

Calls increased by the end of 2011 to create an independent region in the Sunni provinces of Diyala, Salahuddin and Anbar. The government was given a 14-day deadline to meet a series of demands.

In 2012, Iraqi Sunnis also called for independence from Iraq and the establishment of an independent region in the Sunni areas. Also in 2011, parties defending Sunnis in Iraq called for the creation of an Iraqi western region to protect Sunnis, unite their ranks and prevent strife, as these parties put it.

Members of the Mosul provincial council considered back in 2014 that Qatar and Saudi Arabia will give their blessing to the announcement of the Mosul region when the time is right.

On June 2, 2016, Iraqi businessman Khamis al-Khanjar called for the creation of a self-rule region for Iraqi Sunnis. Meanwhile, activists are calling for a Sunni region on social media.

However, not all of Iraq’s Sunnis are in favor of this project. Abdul Rahman Alloizi, a Sunni member of parliament representing Ninevah province, told Al-Monitor, “The creation of a Sunni state based on sectarian motives does not serve the interests of Sunnis, because such project would divide the country on a sectarian basis and does not build a [true] state or real independent regions.”

Alloizi believes that “forming a Sunni region at this time does not benefit Sunni areas as they do not have economic financial resources and do not enjoy enough support from the international community, the central government or many local, Sunni and Shiite forces.”

Alloizi suggested the establishment of a “decentralized administration in Sunni cities instead of chasing impossible dreams.”

The Iraqi Constitution stipulates the right to establish regions based in accordance with its provisions and with the approval of the federal government. However, the Kurdish moves toward independence on a nationalist basis and the Sunni leaders’ call for a western region on a sectarian basis will encourage Shiites in the center and south to call for the establishment of the Basra region on a sectarian basis also. Such calls would also push Christians to demand a Christian region in the Ninevah Plains on a religious basis. These moves would destroy the identity of the Iraqi state in place since 1921 and raise the concerns of neighboring countries that fear the division trend would reach their territories.