Despite US President Donald Trump’s threat to kill the nuclear deal, Iran’s supreme leader said that Tehran won’t abandon the deal before the other side does so. 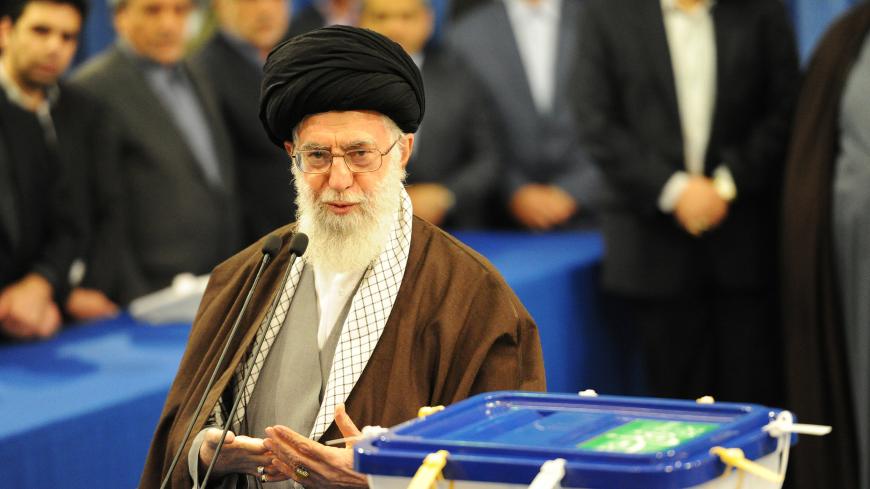 In his first reaction to US President Donald Trump’s Oct. 13 speech on the new policy toward Tehran, Iran’s Supreme Leader Ayatollah Ali Khamenei slammed him for his tone, but stated that "we will not tear up the [nuclear] deal before the other party does so."

This is the first response since Trump’s speech of Iran's highest-ranking official. In his address about Tehran and the Joint Comprehensive Plan of Action (JCPOA), Trump decertified the Iranian government’s adherence to the deal and called for extensive sanctions against the Islamic Revolutionary Guard Corps (IRGC). Shortly afterward, Iran’s President Hassan Rouhani stated that the JCPOA can’t be abolished by one certain signatory and the US Congress cannot unilaterally amend the accord as Trump instructed.

In a meeting with young academic elites on Oct. 18, Iran’s supreme leader referred to Trump’s address, saying, “The president of the United States displays nonsense; however, this should not lead us to ignore the mischief of the US regime. Everyone should be certain that the United States will once again be beaten and defeated by the Iranian nation.”

He added, “It would be a waste of time to respond to such blathering and nonsensical remarks by the foulmouthed US president."

Hinting at a US plan to impose further sanctions against the IRGC, Khamenei stated, “The United States is an international Zionist agent, the creator of the [Islamic State] terrorist group as well as takfiri terrorist fronts.” He added, “Therefore, do you expect the US president not to be mad at the Islamic Republic of Iran that stands against [IS]? They are angry because today the Islamic Republic of Iran has managed to spoil their plots in Lebanon, Syria, Iraq, Egypt, etc.”

Iran’s leader then went on to answer Trump’s threat to kill the nuclear deal, saying, “The JCPOA serves their interests, but we will not tear up the deal before the other party does [so]. If they tear up the JCPOA, we will shred it.” These remarks may indicate that Trump’s speech and call for new sanctions have failed to turn the Iranian political establishment away from the nuclear deal.

While Trump’s speech angered Iranians, the Europeans started defending the deal and affirming Iran’s commitment to the JCPOA. The latter has created hope that the deal will survive. However, Khamenei stated, “Europe’s emphasis on maintaining the nuclear agreement is simply not enough.” He added, “First, Europe must oppose moves by the United States; second, Europe must avoid intruding into our defense affairs.”

Warning of the Europeans’ position regarding Iran’s regional activities and ballistic missile program, Khamenei continued, “We won't accept Europeans singing along to the Americans’ coercive words.”

“If they ask questions like, ‘Why is Iran active in the region?’ — well, it is none of their business. Or if they ask, ‘Why does Iran have missiles?’ — then our response is ‘Why do they have missiles and nuclear weapons?’" said Khamenei.