Jordan reportedly excluded Palestinian investors from the West Bank from investing inside the kingdom, which some analysts link to the talks about finding a solution to the Palestinian-Israeli conflict, namely by creating a Jordanian-Palestinian confederation. 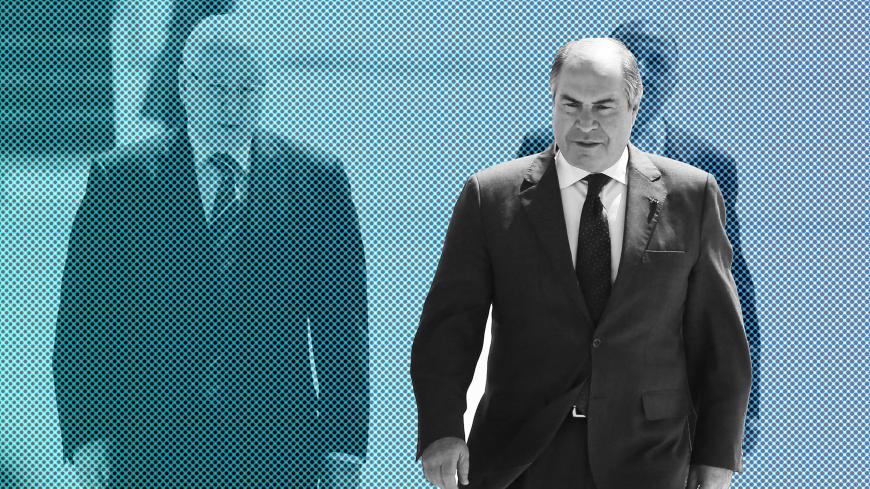 An official Jordanian source said Sept. 23 that his government excludes Palestinian businessmen living in the West Bank from economic concessions recently granted to foreign investors in terms of streamlining investment procedures and reducing the time of obtaining the necessary approvals, without explaining the reason for this exception.

The same source told Al-Quds Press on condition of anonymity that after Palestinian investors are denied the concessions, they would not be able to set up their own projects in Jordan because of the complexities they would face when applying for a permit to do so.

Jordanian Prime Minister Hani al-Mulki had announced Aug. 3 that he would issue one security clearance per foreign investor, and this document would serve as a permit for any action or service needed to invest and reside in the kingdom.

The Jordanian announcement coincides with a Sept. 26 agreement between Palestinian Minister of National Economy Abeer Odeh and her Jordanian counterpart, Yarub al-Qudah. The agreement aims to establish a joint Jordanian-Palestinian company to export products, remove trade barriers and stimulate the private sector to establish joint investment projects, as the value of trade between the two countries reached $200 million in 2016, a 19% increase compared to 2015.

Nasr Abdel Karim, a professor of economics at Birzeit University in Ramallah, told Al-Monitor, “The Jordanian decision has some political considerations as it makes it harder for Palestinians to move from the West Bank to Jordan, especially in light of increasing talks about the so-called Jordanian option and the alternative homeland, which Israelis are promoting as a substitute to establishing a Palestinian state. Jordan may also be worried about the confederation option with the Palestinians, since the kingdom needs to protect its own strategic interests. The political reason for this decision is most probably connected to Jordan's vision of a final solution with the Palestinians.”

He said, “In addition to the political incentive, the Jordanian decision has serious economic motives to keep the Palestinian businessmen’s investments inside Palestine and support their steadfastness. Naturally, the kingdom wishes to manage its economy with the least possible competition in the local Jordanian market. Although the Palestinian investments create job opportunities for Jordanians, they also compete with Jordanian investments.”

Abdel Karim added, “The Jordanian decision takes the PA’s wishes into consideration as well, since the PA does not favor businessmen leaving its territory; it prefers to keep their investments confined to the West Bank.”

Regardless of the real reasons that drove Jordan to take the decision, such a step could urge Palestinian investors to turn to other countries where they would be welcomed and provided plenty of opportunities and concessions, as they no longer wish to remain in the Palestinian territories where they have no future.

Al-Monitor asked a number of Palestinian businessmen and investors in various industries what they thought of the Jordanian decision and most of them expressed dissatisfaction.

Adel al-Jabbar, a Palestinian investor in the construction business from the West Bank, told Al-Monitor, “The kingdom was motivated by political considerations but we, as Palestinian businessmen, should not be part of this. We have nothing to do with either Jordan’s internal issues in terms of economy or its foreign issues regarding its relationship with the PA. We are businessmen and we are in no way connected to politics.”

Jabbar added, “The situation in the Palestinian territories is not suitable for us to invest our money there. Meanwhile in Jordan, the conditions are very encouraging. We go there, invest, create job opportunities for Jordanians, then come back to our homeland. We will not settle in Jordan; we can never leave Palestine for good.”

Maher Tabbaa, the director of public relations and media at the Chamber of Commerce in the Gaza Strip, told Al-Monitor, “The Jordanian decision may be due to the kingdom’s desire not to empty the West Bank of its businessmen, which perhaps stems from its keenness to keep investment inside the Palestinian territories, despite the lack of an encouraging environment and in the absence of a political agreement and security stability in the Palestinian territories.”

The Jordanian decision to exempt Palestinian investors from economic concessions coincides with growing talks about Israel rejecting the two-state solution once and for all, and opting for options that both Palestinians and Jordanians refuse, such as the Jordanian-Palestinian confederation. Such a scenario may be pushing Jordan to take pre-emptive measures by limiting the Palestinian presence on its territories.