Palestinians argue that Israel has not implemented the economic aid measures it has promised, apart from finalizing the already authorized Hebron industrial park. 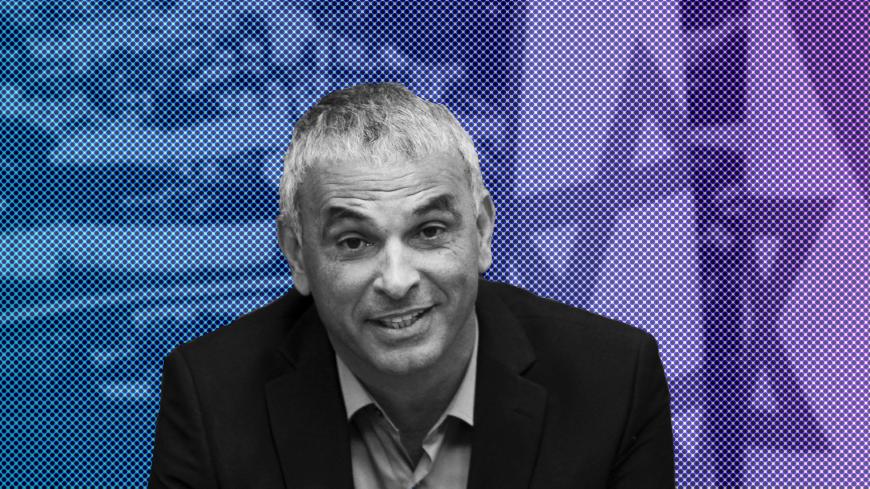 Finance Minister Moshe Kahlon traveled to the seat of the Palestinian government in the West Bank city of Ramallah on Oct. 29 to meet with Palestinian Prime Minister Rami Hamdallah. According to reports of the meeting, the two discussed advancing civic administration and economic measures and Israeli-Palestinian cooperation. This is the second time within five months that Kahlon has gone to Palestinian Authority (PA) territory to meet with Hamdallah, and this time, too, the meeting was the result of US pressure on Israel to offer the Palestinians goodwill economic gestures.

The previous meeting, held late in the evening of May 31, was ostensibly to brief the Palestinians about a series of economic measures approved by the Israeli defense Cabinet 10 days earlier in a bid to curry favor with President Donald Trump on the eve of his visit to Israel and the Palestinian town of Bethlehem. The economic package was approved by majority vote despite the objections of the HaBayit HaYehudi party, which is part of Prime Minister Benjamin Netanyahu’s government.

At the time, Coordinator of Government Activities in the Territories Maj. Gen. Yoav Mordechai accompanied Kahlon to Ramallah. The two informed the Palestinians about the Cabinet decision, which they had already heard in detail from Israeli media in real time 10 days before the presidential visit.

And what has happened since? “Not much,” a senior source in the office of Palestinian President Mahmoud Abbas told Al-Monitor, speaking on condition of anonymity. At the May 31 meeting, he said, the main issue on the agenda was the Palestinian housing crisis in the Israeli-controlled Area C of the West Bank, “but the Cabinet’s decision [on the issue] was deliberately vague so that nothing came of it.”

The source added that the only change since that meeting was progress on the construction of a new Palestinian industrial zone in the village of Tarkumiyeh near Hebron. “Although the deal had been pretty much sewn up before that meeting, the plans were ready and what was left was to remove some red tape, which would not have happened to this day were it not for US pressure,” the source said.

A month after the Kahlon-Hamdallah meeting, Israel gave the green light for the industrial zone project, the Palestinian government approved the plans and construction went ahead. It is scheduled to be complete in three years. The zone will include a PA customs office, grain silos and a fuel depot, providing some 20,000 future jobs. Although significant for the Palestinians, Israel “has not budged an inch” on the most burning issue for the Palestinians — permits for the construction of Palestinian homes in Area C, according to the source.

It would appear that the position taken by the HaBayit HaYehudi ministers did influence the government: Progress was made on the industrial park that would provide jobs for the Palestinians, but no progress was made on allowing Palestinians to build homes. The Israeli West Bank settlers perceive such a move as changing the Jewish-Palestinian balance.

And now, the Americans applied pressure once again, and Kahlon and Mordechai drove to Ramallah. The US team seems to have a well-ordered plan. First, Israel must provide significant economic benefits in order to create a conducive atmosphere of trust between the two sides that would also strengthen Abbas’ rule. Only then will the sides start talking about diplomatic negotiations, according to the American scenario.

“The Americans have time. They’re working without hurrying,” said the Palestinian source. Every time the Palestinians think the Americans are about to unveil the blueprint for Israeli-Palestinian peace talks, it turns out that there’s still a ways to go, the official added.

Trump’s envoy to the Middle East appears, indeed, to be in no rush. In the wake of this week’s meeting in Ramallah, Jason Greenblatt posted on his Twitter account a photo of Kahlon, Hamdallah, Mordechai and the head of Palestinian intelligence Majid Freij, all smiling. “Important progress last night between Israeli & Palestinian sides,” he tweeted in satisfaction. “Meaningful steps forward on key economic issues — revenues, customs, and investment — that help support the search for peace."

The Kahlon-Hamdallah meeting proves the extent of the American envoy’s influence and his ability to advance measures that Israel would have rejected were it not afraid of the US reaction to its refusal. Netanyahu’s concerns are also evident in his decision to suspend voting on proposed legislation that would annex Israeli settlements to Jerusalem’s municipality. Netanyahu actually conceded to his ministers that even on an issue so close to his heart — Jerusalem — “we must coordinate with the Americans.”

The timing of Greenblatt’s pressure on Netanyahu to send Kahlon to Ramallah is somewhat inconvenient for the Israeli leader. Unlike the first Hamdallah-Kahlon meeting that took place in the shadow of the Trump visit, the current political-diplomatic reality is very different. Hamas and Fatah, the two main Palestinian factions, are conducting talks within the framework of their recent reconciliation agreement on the formation of a unity government of which Hamas will be a member. Netanyahu has already made his views on the subject clear in a Cabinet decision, the thrust of which is that Israel will not negotiate with any Palestinian government that relies on Hamas.

Despite it all, Netanyahu instructed Kahlon to set out for a public meeting in Ramallah with a Palestinian prime minister who will probably head a future unity government if one is established because that is what Greenblatt asked Netanyahu to do as instructed by Trump.

Kahlon explained to his fellow legislators in the center-right Kulanu Party, which he heads, that despite the Cabinet’s decision, “such meetings are important for us, important for the defense authorities and important to the Palestinians, too.” He noted that he had received permission from Netanyahu to conduct the meeting, which was also coordinated with the Trump administration.

One is left to wonder to what extent Greenblatt can lean on the Israelis, and how long Netanyahu, who is fully aware of the objections of coalition partner HaBayit HaYehudi, can keep talking tough and then caving in.