The practice of magic and sorcery has become widespread in Iraq as TV channels give them a platform and people pay huge amounts for quick remedies and potions. 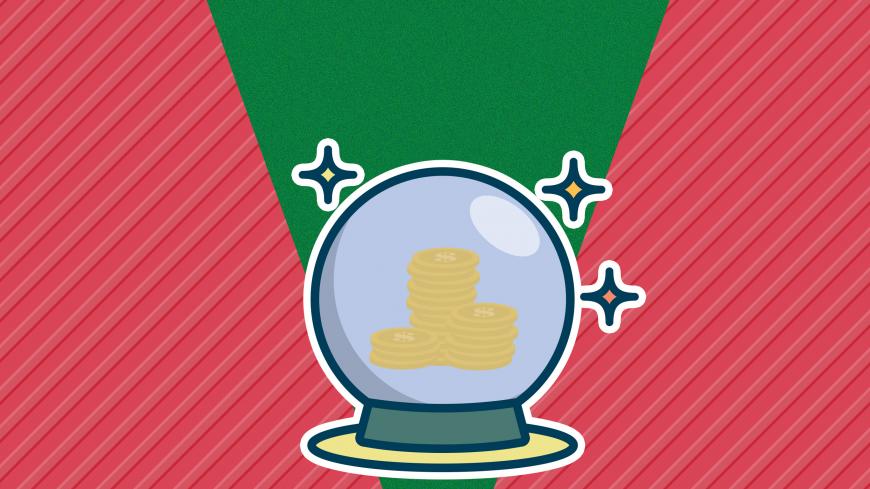 BAGHDAD — Reports of a haunted house in Karbala, south of Baghdad, circulated in media outlets and on social media late September demonstrating the growing interest of Iraqis in magic and superstition. Iraqis’ growing enticement with the supernatural, jinns, clairvoyants and healing potions have been on the rise with the publication of books narrating people’s “first-hand” experiences with haunted houses, TV shows on satellite channels, clairvoyants on social media and the public seeking potions or visiting coffee readers in the markets.

The recent myth of the haunted house shows the growing interest in the supernatural, according to Karbala-based engineer and civil activist Reyam Salah. “The haunted house — although it actually isn’t haunted at all — reflects people’s interest in superstition,” she told Al-Monitor. “In fact many haunted houses are just shams where a buyer wants to buy the house at a lower price and spreads rumors so no one else would make an offer.”

She said that the so-called haunted houses are often old and owned in the past by members of minority groups expelled from the country a long time ago, such as Iraqi Jews and Iranians. For others, the belief in a haunted house can also be a reflection of collective conscience and a feeling of guilt for not helping those people or even sometimes taking over their properties.

In September, the Baghdad provincial council warned that witchcraft and sorcerers were widespread in Iraq and urged local authorities to take serious action to close down their offices. Ali Jaafar al-Alaq, a member of the council, told local media, “Charlatans who claim to practice witchcraft have become owners of huge wealth and satellite channels [and] the spread of their offices has become a phenomenon suffered by all parts of the capital Baghdad." He also cautioned that some people engaged in witchcraft offer potions that could lead to poisoning.

Although a 2016 law considers the practice of sorcery “fraud” and a “punishable act,” many of the groups that practice sorcery and witchcraft operate through legitimate channels such as spiritual healing centers and satellite TV networks that broadcast shows partly dedicated to interviews with sorcerers and phone calls between sorcerers and the public.

Both the health authorities and Islamic scholars have taken a stand against the use of “herbal medicine” by sorcerers as well as certain rituals that they claim are “spiritual healing,” such as repeatedly beating the client over the head while reading the Quran to “address the djinni inside.” On May 25, the health and religious authorities threatened to take legal action against Mullah Ali Kalak, who calls himself a doctor of Nabawi medicine, in the Kurdistan Region, for his activities of sorcery that uses both potions and rituals where he cites the Quran.

In most Iraqi cities, dozens of fortune-tellers work publicly, while many more work in secret. Fortune-tellers claim to predict the future, heal the sick and increase the chances of marriage for spinsters. Umm Hussein is one of the believers of sorcerers' superpowers. She told Al-Monitor after meeting a sorcerer, “The prescription that included herbs and prayers of the sorcerer helped my daughter become pregnant after not being able to conceive for a long time.”

Political sociologist and freelance researcher Ousama Alyaseri told Al-Monitor that an increasing number of people approach palm and coffee readers, including “well-known social and political figures, businesspeople and merchants.” He added, "Iraqis want to know what their future brings because they suffer under the instability largely due to the ongoing wars that have not stopped since the 1980s, as well as high poverty and divorce rates. They lose hope in their circumstances ever improving, so they visit a fortune-teller to hear something positive."

In Baghdad's al-Midan district a long line forms to see Sheikh Abu Ali, a fortune-teller who reads palms; many believe he has superpowers. “People from all over visit him. Some even spend the night before in Baghdad so they can get in line first thing in the morning,” Hussein al-Aazami Kasseb told Al-Monitor. He has come to see Abu Ali for help with his depression and anxiety.

In Iraqi Kurdistan, Mullah Ali, who uses both potions and Quranic verses to treat illnesses, attracts many visitors who seek a remedy for their problems.

In the southern city of Basra, there has been a noticeable increase in the demand for rocks and certain types of beads, especially after stories that connect them to historic incidents and religious beliefs about superpowers granted to those who own them.

Tamimi believes that there is “a misunderstanding and lack of awareness” that leads to a misreading of Islam and people to believe in sorcery and superstition in the hope of a quick fix for their problems. He noted that religion calls for people to think about the reasons behind their problems and solving them by scientific and rational methods.

“The spread of sorcery is a dangerous indicator that undermines a healthy society. Security authorities should respond to this phenomenon by closing the offices of fortune-tellers and other places where magicians and sorcerers practice their business,” Abdul Aziz al-Zalimi, a lawmaker and member on the parliamentary Social Affairs Committee, told Al-Monitor.

Zalimi added, “The security measures will not be enough unless superstition is fought by spreading the culture of science through media outlets, schools and mosques and supporting social and psychological service centers, as all practices of magic, palmistry and fortune-telling must be banned from satellite TV channels.”

Spokesman of the Iraqi Independent Higher Human Rights Commission, Ali al-Bayati, perceives sorcery and witchcraft as “an unacceptable exploitation of citizens’ conditions, material and spiritual needs and a violation of their rights." Bayati calls for legislation to penalize any person who exploits and deceives citizens.

Bayati told Al-Monitor, “Magic has no actual impact on changing the present or satisfying the psychological and physical needs of people. However, the lack of institutional alternatives and services by the state push people toward such practices.”