On the brink of oblivion about a decade ago, Turkey’s ancient coffee culture is revived by a vibrant new generation of entrepreneurs and young consumers. 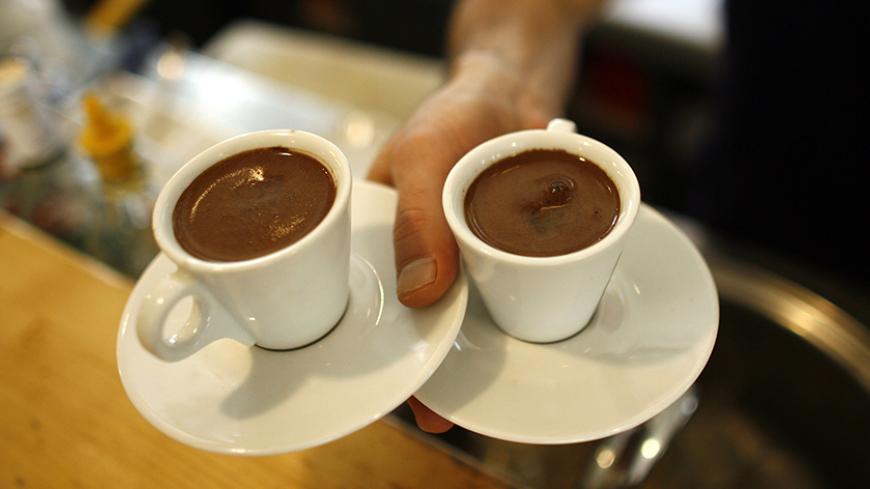 Technology often destroys tradition. For Turkish coffee, though, it seems to have worked the other way around. Coming back from the brink of oblivion, a five-century-old culture has taken on a new life, driven by the long-overdue arrival of Turkish coffee machines and a new generation of coffee-savvy young urbanites.

In the chronicles of coffee, Ottomans take credit for introducing the great stimulating drink to Europe in the 17th century. By that time, coffeehouses — arguably the first centers of public opinion — were thriving in Istanbul, unnerving the Sublime Porte. Ottomans of all walks of life mingled in the coffeehouses, discussing anything from religion to politics, long before the Parisian cafes became the meeting point of writers and revolutionaries. In the 20th century, however, coffee was overtaken by tea as prices soared, and Turks became the world’s top tea drinkers.

About a decade ago, coffee enthusiasts were so alarmed over the fate of Turkish coffee that an association was born to revive and promote the beverage. International coffee chains were storming in, threatening a deadly blow. Turkish coffee was already in a steep decline on the eatery scene, as its arduous brewing method led restaurants — and many households — to adopt instant coffee. But voila! The fears did not materialize.

The arrival of international chains spurred the birth of ambitious Turkish competitors, and hundreds of coffee chain shops mushroomed across cities. While readily embracing mocha and Americano, Turks sought after the local brew as well. And with the new machines in place, Turkish coffee orders were no longer such a nuisance.

The new coffee-shop scene, expanding further with smaller local establishments, provided a modern venue for what coffee had been in these lands for centuries, namely a conduit to socialize, converse and confide.

Serim notes that a unique Turkish addition to the scene — the very popular “fortunetelling cafes” — came as another boost. The only coffee type served with grounds, Turkish coffee is inseparable from fortunetelling, based on interpreting shapes in the coffee remains. Given the Turkish propensity to superstition, many “professional” clairvoyants remain in business today, but very often cups are read casually between friends as a means to extend conversation and intimacy.

In 2013, UNESCO inscribed Turkish coffee culture on the List of the Intangible Cultural Heritage of Humanity, recognizing it as a social institution “favoring dialogue” and “reinforcing social cohesion and openness.”

A symbol of friendship, hospitality and refinement, coffee has left indelible marks on Turkish language, arts, handcrafts, customs and social life. If the proverb is to be believed, “a cup of coffee has a credit [of friendship] for 40 years.” Turkish coffee is a key element in a premarital social ritual when relatives of the groom-to-be visit the family of the future wife to ask for her hand. In a tradition that continues today, though somewhat lightheartedly, the bride-to-be makes the coffee for the occasion to demonstrate her skills.

And making Turkish coffee is not duck soup. What makes it “Turkish” is not the plant type but the distinct brewing technique. To start with, it requires a superfine grind, virtually a powder. A fresh grind is a must to preserve the aroma. Turkish coffee can be “plain,” that is, without sugar, or “a little sweet,” “medium sweet” and “very sweet.” The sugar is added to the mix of coffee and water before brewing begins. This means a separate brew for each preference. On crowded occasions, you’d better pray your guests show mercy and agree on a single type.

Brewed on a low flame in a long-handled copper pot called a “cezve,” the coffee begins to rise in several minutes. For the true virtuoso, this is the moment of skill. Foam being its sacred hallmark, Turkish coffee with little or no foam is a culinary disgrace and a potential heartbreak if you are a bride-to-be. To get the best result, the pot is lifted from the flame and the foam is spooned into the cups. The pot is then put back on the flame and the procedure repeated. Letting the coffee boil is a no-no.

With so much subtleties and hassle involved, Turks may deserve some forgiveness for lagging a whole century behind in making the Turkish coffee machine.

One of the pioneers in the field is Murat Kolbasi, the CEO of home appliances maker Arzum, and — no wonder — a Turkish coffee aficionado himself.

In an interview with Al-Monitor, Kolbasi said that Turkish coffee accounts for less than 10% of 1.2 billion cups consumed daily around the world today, but he voiced optimism that things could finally be taking off.

“The advent of automated solutions in the early 1900s drove the spread of espresso, filtered coffee and instant coffee around the world … The fast-food era impeded further the popularization of Turkish coffee, given its arduous brewing method. Turkish coffee was confined to its present geography, which further delayed the machine,” Kolbasi said.

“In 2003, Arzum made the first electric pot, and the following year another local brand put out its own product. [Since then] a serious automation process has been underway,” he said.

For die-hard traditionalists, machine-brewed Turkish coffee remains a culinary crime. But the electric pot quickly took hold as it replicated the authentic taste rather successfully. Yet, it was a partial solution. Kolbasi wanted a device that would pour the coffee directly into the cups. His team spent four years and $2 million to develop the machine, which hit the market in September 2014, he said.

According to company info, it is the first machine that pours the coffee, foam and grounds automatically into the cups, detects altitude for ideal brewing temperature, has a slow mode replicating the old “ember brew” and a self-cleaning function.

The machine is already exported to 24 countries, mostly in Europe and the Middle East but also to some unlikely destinations. “Shipping Turkish coffee machines to Indonesia, for instance, came as a surprise and delight,” Kolbasi said.

As engineers sweat to blend old and new, young consumers seem to do it rather easily. In a mid-range cafe in downtown Ankara, machine-brewed Turkish coffee arrives to the tune of rock-and-roll, on a copper tray complete with Turkish delight and the traditional cups of sorbet and water. Occupying two floors, the unusual all-in place offers live music, booze, a small library, snooker tables, a tattoo parlor and … fortunetellers.

The “chief” fortuneteller is not a seasoned lady, as one may expect, but a 28-year-old lad, Cengiz, who, online forums suggest, is one of Ankara’s most popular coffee readers. Sporting a stylish haircut and earrings, he solemnly reads this reporter’s future, scribbling the key dates on a notepad. His prophecies alternate with admonitions, life coaching and friendly chitchat. For the past decade, Cengiz has earned his life as a coffee reader, an unwitting foot soldier in the tide that salvaged the ancestral drink.

For Serim, the revival of Turkish coffee is on an irreversible path. “I can already see that more is coming,” he says, pointing to local coffee chains debuting abroad and fledgling exports of Turkish coffee machines and vacuum-sealed grinds.

He sees a promising market for Turkish coffee, including sizable Turkish migrant communities in Europe, Middle Eastern and Balkan nations, who share the tradition from Ottoman times, and their respective diaspora in the United States.

The goal, he says, is to get Turkish coffee on menus in global urban centers. The enthusiasts in Serim’s association are working on ideas to promote the beverage abroad, including plans to open offices in New York and Hong Kong, far beyond where their Ottoman forebears had reached.