While President Trump’s reference to the ‘Arabian Gulf’ rallies Iranians around the flag, Tehran is closely paying attention to how Europe is moving on other points of contention — including its ballistic missile program. 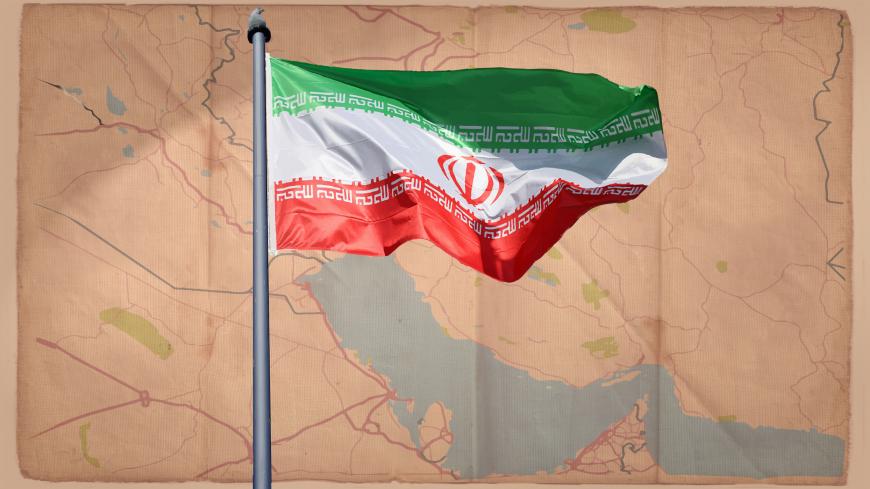 US President Donald Trump’s Oct. 13 address unveiling his administration’s new strategy toward Iran predictably sparked widespread reactions in Tehran. Unlike when Barack Obama was in office, Iranians were this time around more unified in their reaction to the tone and language of the president of the United States.

After weeks of back and forth, Trump in his speech accused the Iranian government of "not living up to the spirit" of the Joint Comprehensive Plan of Action (JCPOA) and declared that he would not certify to Congress the Islamic Republic’s compliance with the accord.

Even before the president’s speech was over, Iranian users on social networks, and especially Twitter, responded to what they believed was Trump’s violation of the nuclear deal, using the hashtag #NeverTrustUSA.

This wasn’t all. The US president managed to also touch on an issue that is considered a point of dignity by all Iranians, enough to trigger a wave of outrage in cyberspace. During his speech, the US president referred to the body of water separating Iran from its southern neighbors as the Arabian Gulf; an unacceptable mistake as far as virtually all Iranian social and political groups are concerned. As a result, Iranian users started posting historical documents testifying to the accuracy of the Persian Gulf as the proper name for the body of water. These documents ranged from a handwritten text by Abdulaziz Ibn Saud, in which the term Persian Gulf was used, to videos of speeches made by former US presidents — Obama, George H.W. Bush, Bill Clinton and George W. Bush — in which they all referred to the Persian Gulf.

President Hassan Rouhani was quick to address this issue in his speech shortly after Trump’s address was over, while Foreign Minister Mohammad Javad Zarif accused Trump of selling geographical accuracy for political gains in a series of tweets posted on the same day. Former Islamic Revolutionary Guard Corps (IRGC) commander Mohsen Rezaie also addressed the US president in a tweet, writing, “Mr. Trump, you had no right to call it Arabian Gulf instead of the Persian Gulf.”

However, the controversy over the use of the term "Arabian Gulf" was a less important part of Trump’s speech. Beyond the claims about Tehran's having violated the spirit of the JCPOA, he also questioned Iran’s ballistic missile program and threatened the IRGC. These threats and accusations notably also triggered unity among Iranian political players. Likely because of Trump’s threats against the IRGC, both Rouhani and Zarif for the first time offered their unconditional support for the guard corps.

Sadegh Zibakalam, a prominent political analyst and a professor at Tehran University, told Al-Monitor, “Trump was trying out an old and worn-out strategy of instigating a split between the people and the [political] establishment, with the hope of rallying people against the state. Not only is this strategy very ineffictive, but he was not even able to conduct this ineffective strategy correctly. By referring to the ‘Arabian Gulf,’ he agitated the people more than the state.” Zibakalam added, “At the same time, however, I believe that Trump’s radical tone and strategy will pave the way for radicals in Iran to gain more power.”

Meanwhile, Iran’s ballistic missile program is likely to surface as another point of contention. On Oct. 13, in a joint statement addressing Trump's decision, Britain, France and Germany, while declaring their support for the nuclear deal, also expressed their concern regarding Iran’s ballistic missile program and urged Tehran to stop destabilizing actions in the region. This solidarity between Europe and the United States on a key issue, which Iran has repeatedly announced that it is unwilling to discuss, is now increasing suspicions in Tehran about the West wanting it to negotiate over its missile program. As such, US Secretary of State Rex Tillerson suggested in an Oct. 15 interview that a second agreement with Iran, presumably on its missile program, among other points of contention, might be underway.

It is, however, highly unlikely that Iran would agree to any new accord. Supreme Leader Ayatollah Ali Khamenei, the commanders of the IRGC, Rouhani and Zarif have repeatedly emphasized that Iran's ballistic missile program is defensive in nature and not up for negotiation.

Al-Monitor spoke with Tehran-based expert on Iran-US relations Aziz Hatamzadeh, who said, “It appears that Trump is trying to put pressure on Iran as well as his own European allies by imposing more sanctions on Iran and making the United States’ adherence to the nuclear agreement conditional. This way, Iran, as well as Trump’s European allies, will be forced to either accept his revision of the nuclear agreement or risk having it canceled. In such a situation, the Islamic Republic should first be careful not to fall into Trump’s trap [for it to be the first to withdraw from the accord], and then, it should try to expand its engagement with European countries as well as Russia and China.”

When it comes to the nuclear deal itself, almost everyone in Tehran believes that Trump’s new strategy has isolated the United States, since all except Washington have confirmed Iran’s compliance with the JCPOA, given the Islamic Republic's cooperation with the International Atomic Energy Agency. At the same time, however, the Islamic Republic is now more watchful of US actions, and if Trump were to implement his threats, the nuclear deal could forever be lost. Ali Akbar Salehi, the head of Atomic Energy Organization of Iran, said Oct. 15, “If the JCPOA is abolished, we will be forced to react accordingly and stop implementing the Additional Protocol.”

While world leaders have emphasized the importance of upholding the nuclear deal, Iran will nonetheless closely monitor the actions of the United States. It could be that Trump is merely attempting to defer the decision of what to do with the accord to Congress — and thus save himself the trouble of having to personally do so every three months. However, it should be borne in mind that Iran knows full well that the very same Congress made it difficult for the Obama administration to implement the JCPOA.