In Iran, former Reformist President Mohammad Khatami has reportedly been banned from public appearances for a period of three months. 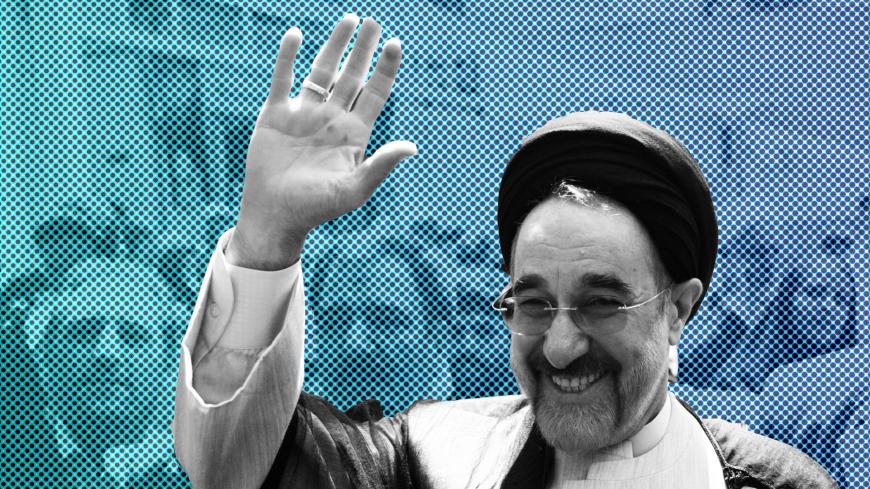 Former Reformist President Mohammad Khatami, who continues to remain one of the most popular political figures in Iran, has reportedly been put under more severe restrictions. According to Mohammad Anjam, Khatami’s lawyer, a judiciary official had informed the former president that he has been banned from public gatherings for a period of three months. The ban includes political, cultural and commercial gatherings.

Ever since Oct. 4, when Iranian parliamentarian Mohammad Reza Tabesh announced the new limitations on Khatami, there had been conflicting reports. A member of the Special Court of Clergy denied the new restrictions, saying, “There have been no new restrictions against him.” The official continued, “The preventative measures taken up to now have been up to the secretary of the Supreme National Security Council.”

According to the Kalameh website, the new restrictions on Khatami came from a letter signed by the prosecutor general of the Special Court of Clergy, Ebrahim Raisi, who was the conservative candidate for the 2017 presidential election and is currently also the custodian of Astan Quds Razavi, one of the wealthiest charitable foundations in the country. According to the Kalameh report, Khatami has been banned even from concerts and the theater and all nonfamily public gatherings.

Khatami, who was president from 1997 to 2005, had been under a media ban previously. While there had been conflicting news about the nature of his media ban, the reason for it was clear to everyone. During the 2009 presidential election, Khatami had continued to support presidential candidates Mir Hossein Mousavi and Mehdi Karroubi, who claimed the election results had been tampered with. Iran’s conservatives called the 2009 post-election protests a “sedition” and referred to Mousavi, Karroubi and Khatami as “the leaders of the sedition.”

Since then, Khatami has remained sidelined from active political life. However, he has remained influential. His support for President Hassan Rouhani in 2013 was one of the main factors bringing the then relatively unknown cleric to the lead. Khatami’s viral video supporting Rouhani in 2017 in which he famously said “I repeat” (that Iranians should vote for Rouhani) also played a significant role in his re-election.

In his most recent speech, Rouhani criticized the new restrictions against Khatami and the manner in which he and other Reformist groups have been treated by the judiciary and security agencies. “Everyone should get a prize for participating in the election,” Rouhani said, adding, “[but] one side gets a prize, one side is punished.” He continued, “Is this an election? Is this public participation? Is this public trust? Is this social capital? Maybe some of the agencies have nothing better to do and they need a job.”

Specifically regarding Khatami, Rouhani said sarcastically, “And if someone is very influential — for instance, he encourages society and repeats calls for people to come to the ballot box — well, he shouldn’t be encouraged. [Only] one side should be encouraged, and one side should be punished.” The word “repeat” received an applause from the audience, who easily recognized the term from Khatami’s video.

While Rouhani gave vocal support to Khatami, there is likely little else he will do. Despite being head of the Supreme National Security Council where allegedly the decisions on Khatami and the house arrests of Mousavi and Karroubi have been made, Rouhani has been reluctant to challenge either the judiciary or the intelligence agencies in the country.