While Iran works to gradually reconnect its banking system to the world, major hurdles remain, even as companies find creative solutions. 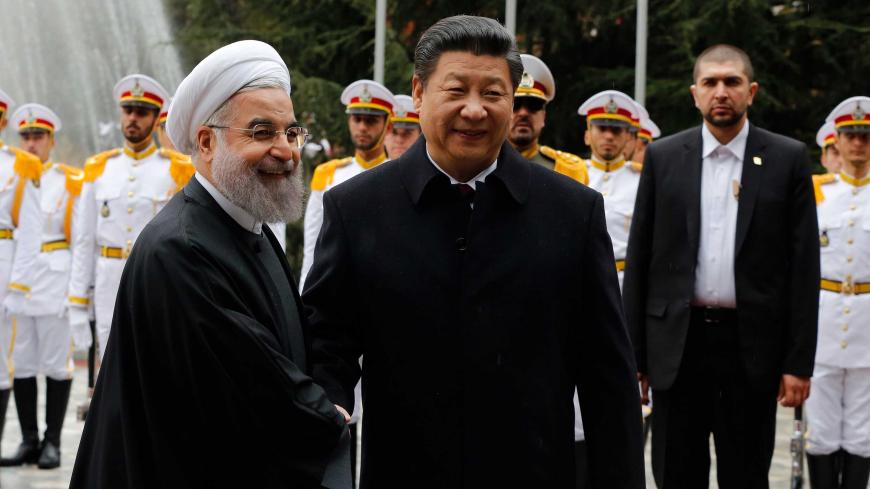 A recent string of “financing agreements” that various governments and international banks have signed with Iran indicates that Tehran is finding solutions to leave behind the bottlenecks in financing its international projects. The question at this stage is whether or not such deals will facilitate the planned expansion of trade and investment with international — and especially European — companies.

The series of agreements started in August with a number of credit lines issued to Iran, including 8 billion euros extended by South Korea’s Export-Import Bank (Kexim), followed by a $10 billion line by China. The process continued when two mid-sized European banks, Austria’s Oberbank and Danish Danske Bank, signed framework agreements with Iranian entities to finance the exports of Austrian and Danish companies to Iran. Similar agreements are in the works with Japan and Italy. Furthermore, the Central Bank of Iran and the Export Insurance Agency of Russia (EXIAR) have also signed a memorandum of understanding to finance joint projects between the two countries.

The above developments mean that most of Iran’s major trading partners are engaged in facilitating the financing of projects — a main area where Tehran was facing limitations since the lifting of the nuclear-related sanctions in January 2016. Indeed, international companies exporting to Iran have faced major challenges in financial transactions, mainly due to the hesitation of global first-tier banks to engage the Iranian market. This hesitation was partly due to the changing legal framework in international banking and partly due to concerns over existing or future US sanctions against Iran. Part of the problem is that a number of major European banks that have been fined by the US authorities for past transactions with Iran have also committed to not engaging in business with Iran for a certain period. In the meantime, the more antagonistic tones from Washington will create further disincentives for global banks to consider Iran-related transactions.

In addressing the shortcomings in the country’s banking sector, the administration of President Hassan Rouhani has introduced a number of reforms to pave the way for an efficient reconnection of Iranian banks to the international financial system. This has meant that Iranian banks have had to observe the so-called Basel banking norms and become transparent and comply with international norms, especially with regard to regulations designed to combat money laundering and terrorism. So far, the needed regulatory reforms have been introduced, but a number of the financial institutions in Iran are still lagging behind in implementing the needed practices.

The good news is that the signing of the abovementioned deals means that a growing number of Iranian banks — both governmental and private — have achieved an acceptable degree of compliance with the mentioned laws. Consequently, the number of international banks that are gradually entering into direct financial transactions with Iran is growing, which will allow a greater level of integration of Iranian banks in the global financial system. However, the absence of first-tier international banks will continue to create hurdles in the financing of large projects. The fact is, the financing agreements with mid-sized international banks will only present solutions for small- and medium-sized projects. At the same time, most of Iran’s major trading partners also offer credit coverage to exports to Iran, which allows the mentioned banks to manage the risk of engaging in such projects.

Yet, the financing of larger projects — such as major oil and gas schemes — will continue to face challenges in the absence of first-tier global banks. This is why French oil company Total SA decided to use its own euro cash reserves to finance its major project in Iran – a highly unusual move for an international company that would normally finance its projects through large financial institutions. The absence of first-tier international banks also creates another bottleneck, i.e., the issue of so-called clearing services. In other words, even if second- and third-tier banks carry out Iran-related transactions, they may face bottlenecks in the clearing of those transactions by the international clearinghouses that are mainly controlled by the first-tier banks. While there are clearinghouses that offer their services — such as Austria’s Raiffeisen Bank with its euro clearing — every change to the conventional approaches generates additional costs and bottlenecks.

Parallel to the mentioned developments, Tehran is also trying to reduce its exposure to the US dollar, which is one component that makes financial transactions vulnerable to American sanctions. Apart from negotiating and signing its various oil and gas sales contracts in euros or other major currencies, the government is also trying to shift trade patterns toward other currencies. In fact, through restrictions on the so-called U-turn in transactions that are denominated in US dollars, American financial restrictions can hit Iran-related transactions, even if they are conducted between non-US banks. This is why Iran and Turkey have agreed to pave the way for bilateral trade to be conducted in their own currencies, to move away from the US dollar as the basis currency. Such agreements are also expected in Iran’s growing trade with other countries.

In the meantime, another important development will help the integration process of Iranian banks in the global financial network. Earlier this month, the Iranian Informatics Services Corporation — a subsidiary of the Central Bank of Iran in the field of payment solutions — signed a deal with Russia's Banking Production Center — a provider of e-payment solutions — to develop a national platform to link international card payment systems with Iran's “Shetab” system, which is the platform for card payments in Iran. According to Iranian officials, connecting Iran’s payment system to international card schemes, such as Japan’s JCB and China’s UnionPay, will have to take place before the country is ready to link to international credit card platforms, sanctions permitting. This new connectivity will allow card-based payments for foreign tourists in Iran and Iranian tourists abroad.

Iran is taking important steps on its path to integration in the global financial system. However, it is clear that a full integration will depend on the degree of normalization in the relationship between Tehran and Washington. In light of the recent anti-Iran posture of the administration of President Donald Trump, it would be naive to expect an improvement in bilateral relations. Consequently, for now, first-tier banks will remain distant from the Iranian market, and all key players will have to rely on the solutions offered by other international financial institutions, including export credit agencies, mid-sized banks and various payment and clearing platforms. This means that, while there will be more channels for financial transactions, financing major projects will remain challenging and will have to rely on creative solutions. As such, the planned growth of large-scale business with European partners will depend on the willingness of such partners to consider creative solutions and accept the additional costs and risks. The Iranian government would be well advised to work to reduce the other risks associated with doing business in Iran, such as legal and operational risks, to increase the appetite of international companies in engaging the Iranian market.