Through her Women’s Cinema initiative, Egyptian parliamentarian Mona Mounir hopes to raise awareness of women's issues and provide a platform for women to discuss sensitive topics. 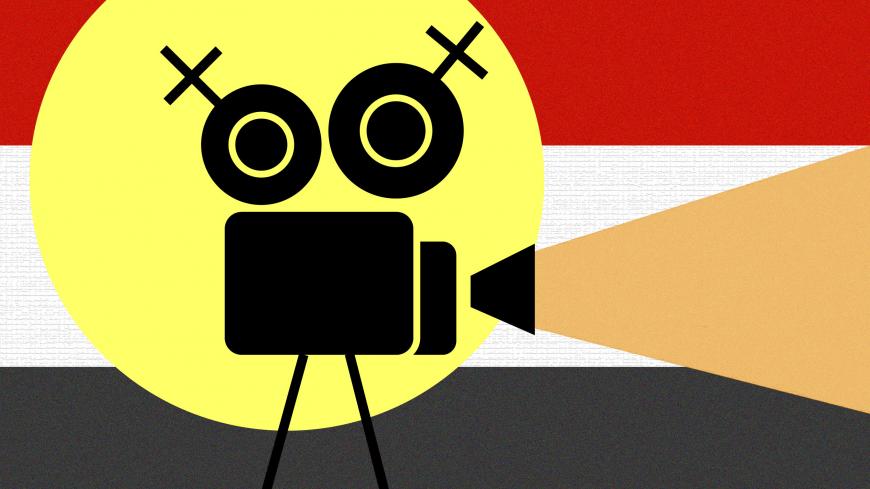 CAIRO — Can cinema help raise awareness of women’s issues and give lawmakers a sense of what Egyptian women need? Mona Mounir, a member of the Egyptian parliament who launched an independent initiative dubbed Women’s Cinema, believes that films and post-screening discussions can help women understand their rights.

“The initiative aims at raising women’s awareness about their rights by showing short films that are between five to eight minutes and documentaries, followed by open discussions to get a sense of the audience’s opinions — whether they are for or against the topics addressed,” Mounir told Al-Monitor on the initiative, which she launched Sept. 29.

The initiative also spurred debate on whether members of parliament should take a role in setting up awareness projects or if that role belongs to civil society organizations.

Mounir invites local women to her office in Giza, the third largest city in Egypt, for the film screenings and discussions, which she leads. She has already tackled two sensitive subjects: female genital mutilation and child rearing.

She added, “I would like to tackle other topics such as domestic violence and early marriage. A new topic will be discussed for one hour every Thursday.”

It is important to reach out to women and girls directly, rather than through TV campaigns, Mounir said, explaining, “Many women in Egypt zap [switch] to a film or a TV series as soon as the [awareness] campaigns appear on the screen. Therefore, we must reach out to women to talk freely and without constraint.”

She added, “The citizens and government must have a dialogue; this can only happen through grassroot initiatives that address the people directly. Women who participate in the initiative include young girls, middle-aged women and the elderly. I need to try harder with older women because it is difficult to change their minds.”

Mounir said that women responded positively to the discussion about female genital mutilation, while admitting that it is tough to evaluate this experiment because its impact will not appear immediately.

The short films and documentaries used in the initiative are provided by Egypt’s National Council for Women, which Mounir cooperates with despite the absence of an official protocol.

The council also runs several other initiatives that use art to change women’s attitudes and create awareness about their rights. Maya Morsi, the head of the National Council for Women, launched Oct. 14 the first edition of the Women's Theater Festival under the auspices of the director of the Academy of Arts, Ahlam Younes. As part of the festival events, which ended Oct. 19, a series of plays tackling important causes related to women were performed daily at the Higher Institute of Dramatic Arts in Cairo. This shows the interest of the council in arts as a means of expression for women’s causes.

Rania Yehya, a philosophy teacher at the Academy of Arts and member of the National Council for Women, told Al-Monitor, “All forms of art — whether music, theater or visual arts — have a positive influence on society, and they reap fruits quicker than any other means such as lectures and forums. Mounir used this approach by combining short films with conversations and discussions on key topics.”

She said, “Although this was a personal, rather than a parliamentary, initiative, it is important because a member of parliament who has a national mandate launched it. Other female parliamentarians are encouraged to launch similar initiatives to pressure parliament to issue legislation that protects women.”

Yehya added, “The Women’s Cinema initiative is in line with the Women’s Theater Festival, which tackles topics such as harassment, suffering of refugees and rape.”

She underlined the importance of art in raising awareness about women’s problems and in fighting against conservatism.

Jewaher al-Taher, a lawyer at the Center of Egyptian Women’s Legal Assistance, told Al-Monitor that Mounir’s initiative is appreciated. But she expressed belief that the priority of members of parliament should be initiating and passing legislation, rather than launching awareness campaigns. “Many laws — such as a law for violence against women — do not exist, compared with other countries. It is important to leave the awareness role to civil society organizations and cooperate with other parliamentarians to lobby for laws on nondiscrimination toward women,” she said.

Taher spoke about the weaknesses of the initiative, saying, “More diverse social categories should be targeted. The initiative targets women, although men are the ones who abuse women. Ads should reach a wider audience. A variety of films should be shown and more women’s organizations should offer their cooperation, not just the National Council for Women.”