Turkey’s honey production is the second largest in the world after China, but the sector is buzzing with allegations of fake honey. An upcoming international bee congress may be an opportunity to explain the matter. 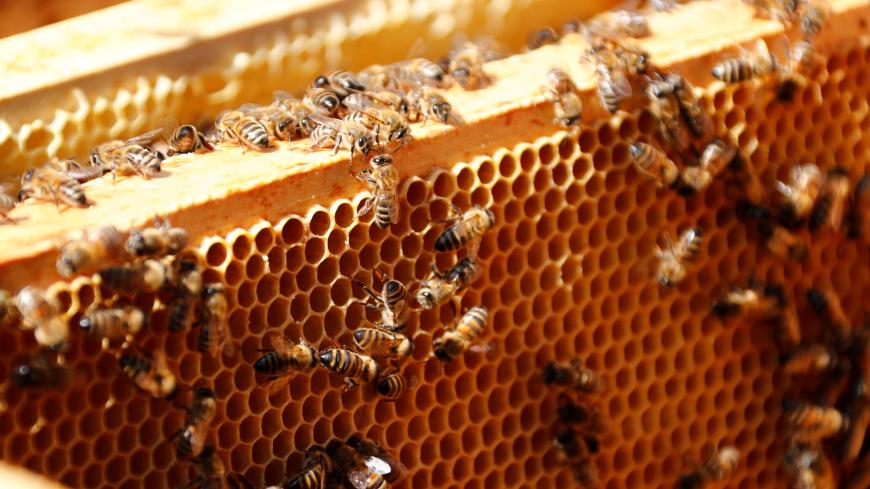 The Turkish honey industry has been expanding but has also been facing setbacks because some beekeepers are taking shortcuts such as feeding bees sugar syrup instead of having bees collect nectar. Here, honeybees are seen during a honey harvest in Berlin, Germany, Aug. 23, 2017. - REUTERS/Fabrizio Bensch

Turkey’s honey production has steadily increased this century, rising from 61,000 tons of honey annually in 2000 to 106,000 tons. This makes Turkey the second-biggest producer after China.

But this impressive growth is marred by allegations of fake honey that buzz in the sector — revealed both in chemical analysis by the Ministry of Agriculture and suspicious price differences in different brands of honey on supermarket shelves. Good, undiluted honey is relatively expensive around the world, with one of the costliest global honey brands, Manuka Honey from New Zealand, costing around $30 for a 250-gram (8.8-ounce) jar. In Turkey, Anzer honey, whose fans call it the best in the world, can cost as much as 900 Turkish liras a kilo ($120 a pound). The average cost of honey in big market chains is 30-50 liras a kilo (about $4-$6.75 a pound). However, it is also possible to find honey for 10-15 liras a kilo, particularly in open bazaars. According to honey producers and their associations, there is a good chance that these sweet bargains are not real honey at all.

What is fake honey and how is it made? What is the difference between real and fake honey?

Real honey is made by bees that fly from flower to flower, gathering nectar with their long, tube-shaped tongue and storing it in their extra stomach, or "crop." There, the nectar mixes with enzymes that transform its chemical composition and pH. The honey comes from the nectar that bees have collected, regurgitated and dehydrated to enhance its nutritional properties. It is mostly harvested in the fall and most beekeepers leave enough honey in the hives to sustain the bees until spring, when they can fly from flower to flower to make honey again. However, many beekeepers feed sugar or high fructose corn syrup to bees during the winter because it is cheaper.

Some Turkish beekeepers use sugar syrup year-round to feed the bees, including in the spring and summer months, rather than let them collect nectar from flowers. While some beekeepers claim in discussion forums that bees turn sugar syrup into “natural honey,” this is not the case because the resulting substance lacks nectar, and contains complex sugars that are not present in real honey.

Another method used by dishonest producers simply supplants small doses of honey with huge amounts of glucose, fructose and sugar syrup. The consumers who buy this substance as honey smarten up when the golden liquid that they have bought quickly crystalizes. “There is also a lot of fake honey in Turkey produced without any involvement of bees, simply by making a mix of fructose,” Selcuk Solmaz, the founder of the FER Bal company known for its organic honey and other bee-related products, told Al-Monitor.

Turkey’s flora makes it a good spot for beekeeping and honey. The country has 11,707 plant species, 3,649 of them endemic (not found in other areas), according to an article by Bulent Gozcelioglu, the editor-in-chief of Tubitak Magazine. Yet, chasing profits, some bee-hivers would rather feed their bees with sugar syrup than take hives to flower-rich areas.

Aware that the fake honey is a major problem, Turkey’s Ministry of Food and Agriculture keeps a close eye on producers and publishes regular lists on those ignoring food safety, public health and consumer rights. In 2015, the names of 17 fake honey producers were announced. A year later, 12 new companies were added to the list. Ministry sources suspect that some of the companies that are “named and shamed” reopen under different names.

One way less-than-honest companies mislead the consumer is by using brands that sound like well-known honey types. For example, in 2016, the Agriculture Ministry “named and shamed” a company that sold fake honey under the name of Enzar Bal. Bal means honey, and the name Enzar is misleadingly close to Anzar, one of the most expensive and well-known types of honey in Turkey. Anzar honey is produced on high plateaus about 35 kilometers (22 miles) south of the Ikizdere district of Rize. Enzar Bal, produced by a company in Van in the east of Turkey, has nothing to do with Anzar. The Agriculture Ministry shows that the fake honey under this name has a high percentage of glucose and complex sugars.

Fake honey-makers also market their products through televised sales, where the presenter appears on-screen with a jar of what looks like honey, says the honey is 100 liras per kilo but that people who can call in before the stock is exhausted can get 5 kilos for the same amount — plus a pair of boots. Some tele-shoppers who took up the offer later placed videos on YouTube complaining that the honey was either fake or came in smaller amounts than promised. Faced with consumer complaints, the Turkish government banned televised sales of honey in 2015.

Companies with solid reputations and international business bitterly complain about the fake honey-makers and express fears that the honey fraud will destroy the reputation of Turkish honey — not to mention their exports. Ozen Altiparmak, the CEO of the Balparmak company, said 85% of honey in the markets is fake. “Just because you are getting honey from a village does not mean it is real. The beekeepers in villages are just as inclined to put sugar syrup in front of the bees as some of the companies,” he said. “This is done because feeding the bees with sugar syrup enables the whole honey-making process to be shorter. Sometimes, they also add paraffin honeycombs to give the sense of authenticity.”

Solmaz said the safest bet is to buy honey from major groceries as “99% of the products you’ll find in the supermarket chains will be reliable because the government controls are very strict.” He added, “Both the ministry and the markets carry out their own analysis. The consumers should also check whether there is a registration number of the Ministry of Food and Agriculture.” He acknowledged that there still would be fakes, noting, “Given that there are counterfeit products all around — even fake money — how could you expect that there would be no fake honey?”

The Union of Bee Cultivators seeks to persuade both fellow beekeepers and possible buyers that Turkish honey is reputable in general. The association also wants to underline the great variety of Turkish honey products, raw and refined, from lavender honey to acacia honey to pine honey, not to mention bee pollen. Turkey is the world’s largest producer of pine honey with 92% of global production. Pine honey is produced mostly in Turkey's western Mediterranean and southern Aegean regions.

“We want to maintain the reputation of Turkish honey,” said Ziya Sahin, the chairman of the Turkish Beekeepers Union. “We would like the World Beekeeping Congress — which will be held in Istanbul between Sept. 29 and Oct. 4 — to be an opportunity to showcase the wide variety of honey produced in Turkey.”

Producers say Turkish honey exports could increase if the varous brands of honey in Turkey are better promoted. Semsi Bayraktar, the president of the Union of Chambers of Agriculture of Turkey, said the global honey export market is worth $2.2 billion, but that Turkey has only a 1.1% share.