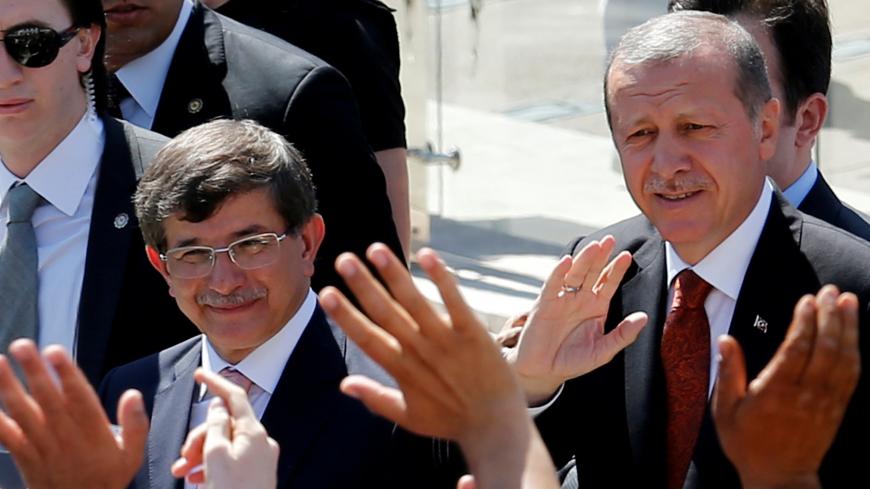 For the last couple of years, it has become almost impossible, even for avid Justice and Development Party (AKP) supporters, to talk about Turkey without exclusively focusing on the almighty Turkish President Recep Tayyip Erdogan. Erdogan rules without any challenge. From high school entrance exams to laser hair removal, all issues are decided exclusively at the palace. Whether one uses the label “one-man rule” as praise or criticism, there are no checks left on Erdogan, whose words promptly become the law of the land.

For a long time, Erdogan critics were hopeful that senior AKP members may be able to check the president, but as Erdogan’s powers expanded, the number of influential founding members of the AKP still active in policy decreased. One way or another they were all removed, and none proved himself to be a force to be reckoned with. There is only one exception — Abdullatif Sener, a founding member of the AKP and deputy prime minister for five years, who left the party in 2007 on his own will.

Former Erdogan allies who have been dismissed are called Erdogan’s X-Men, a term coined by cheeky Ankara bureaucrats who are more in tune with Hollywood than their own culture. We should note that just like in X-Men movies, the term is gender neutral. So what happened to the dozens of Erdogan’s X-Men who helped him establish his one-man rule?

There are at least three categories where former AKP heavyweights wind up. First is the group of founding AKP members who have held crucial political posts, such as former President Abdullah Gul, former Prime Minister Ahmet Davutoglu and former Deputy Prime Minister Bulent Arinc. Just before the end of their terms, these men suffered social media attacks from core-Erdogan supporters and all other critics who had to suffer these political figures’ meek decisions over the years. These founding AKP members were forced to hand over their posts. Even if none of the allegations stuck, their political reputations were destroyed. Erdogan rarely ever speaks ill of his former colleagues. As one savvy Ankara bureaucrat told Al-Monitor, “Why would he get blood on his hands when there are all those others who are eager to gorge on anger and jealousy? In-group fighting has reached a climax in Ankara, and whatever leaks out of this cauldron to the media angers Erdogan and his media team the most.”

These once-respected and power-holding men were stripped of their political clout; they lost the limelight as well as their legal shields. A seasoned journalist who works for the pro-government media told Al-Monitor, “They know well how one can go from the top of the political ladder to the middle, how their secrets can be revealed. They experienced what it means to be vulnerable. So they keep quiet for two reasons: one is the fear of prison, which is the No. 1 nightmare of almost all government employees as well as media members in Turkey now; second, the possibility of being part of the administration again. The glory along with all freebies is great, and Erdogan skillfully utilizes the carrot-stick policies.”

The second group, whose numbers are small, are those who failed to switch sides on time — that is, before the corruption scandals of Dec. 17 and 25, 2013. For example, prominent Islamist Ali Bulac was one of the most respected Erdogan advisers since the early 1990s when Erdogan was the mayor of Istanbul. Bulac was writing for Zaman daily, just like Erdogan’s current press secretary, Ibrahim Kalin. However, unlike Kalin, Bulac did not stop writing after the corruption scandal and continued criticizing the government’s failing Syria policies. Today, Bulac is on trial for being a member of the Gulen movement, but not many Islamists are convinced he was ever a member. However, Bulac symbolizes a small yet crucial group of Erdogan’s X-Men. His current condition in prison signals to all others that there will be no mercy for those who dare to cross Erdogan’s red lines. It is not easy for current Erdoganists to resign or raise criticism because jail is a real and imminent threat now.

The last category of Erdogan’s X-Men is the most visible. The men now serve in alternative media outlets. One of the most prominent of these figures, Akif Beki, was Erdogan’s outspoken press secretary from June 2005 to January 2009. Beki is known as a secular journalist. After leaving his post, he became a columnist for Turkey’s most prestigious Dogan media outlet papers, Radikal, then Hurriyet dailies. On Aug. 8, Beki was fired from Hurriyet. However, as with X-Men of this category, he did not go out of the public eye. Rather, third category X-Men are pushed out to the margins of the pro-AKP media. Beki joined Karar daily and on Sept. 12 posted a piece explaining how he arrived at Karar. Beki’s words were moderately critical of the government. He was simply asking for freedom of the press. This is quite intriguing given the fact that Beki should assume a significant portion of the blame for the lamentable working conditions of the media today, as he was single-handedly responsible for arbitrarily revoking the accreditation of several journalists while he was press secretary. When he was in a position of power, there were several other complaints about Beki, such as allowing only pro-AKP journalists on travel programs, avoiding reporters’ calls, name calling and targeting critical journalists. Several seasoned Ankara reporters, most of whom are unemployed today, told Al-Monitor that Beki not only set the tone but also the precedent to current discriminatory policies and helped design a relentless cheerleading squad for Erdogan. Now Beki has become a victim of this establishment.

Most of the columnists of Karar daily are the former big shots of the pro-AKP media, such as Elif Cakir, who was dismissed from the daily Star after the notorious Kabatas lies — where unsustainable allegations were made about Gezi protesters violently attacking a young headscarved mother and baby.

Karar is one of the last places of refuge for Erdogan’s X-Men in the media. Hakan Albayrak, a lifelong Islamist who was one of the participants on the Mavi Marmara flotilla and the co-founder of Yeni Safak daily, a pro-Erdogan Islamist daily, joined Karar on March 2016 as a protest to “horrible attacks” on his fellow colleagues. Albayrak has openly complained that due to the internal strife, X-Men are now left to fend for themselves. He acknowledges that pro-AKP media outlets would rather have them disappear from the public eye. Indeed, Albayrak and others have tried to establish other newspapers prior to Karar but failed. For now, Karar and other marginal pro-AKP media provide some sort of government criticism and a good degree of encrypted complaints about their former colleagues, rather than directly about Erdogan. Still, according to Albayrak, they have been targeted as pro-Davutoglu or pro-Gul. However, when you read the paper and the columns regularly, you see that even in their alleged criticism, there is a significant amount of applause for Erdogan. Even out of the spotlight, these X-Men produce “light opposition” and “Erdogan-approved criticism of Erdogan” to the public. In Ankara circles, it is also referred to as fake opposition.

Just like in any other one-man rule, Erdogan does not allow any deputy to rise above him or even get positive attention for too long. Anyone that is gaining significant political approval is fast discredited then dismissed. Yet Erdogan never publicly scolds the X-Men; instead, he allows for internal competition to bring the rising stars down.

Now the crucial question is what does the real opposition do? Mostly opposition spends their time discussing whether they should be accepting X-Men into their ranks. But frankly, the real question is if the palace opens its doors to X-Men, how many of them would come back running?