Is Abbas under international pressure to relieve Gaza?

Recent actions by President Mahmoud Abbas to relieve sanctions imposed on the Hamas-controlled Gaza Strip may indicate pressure is being applied from the European Union. 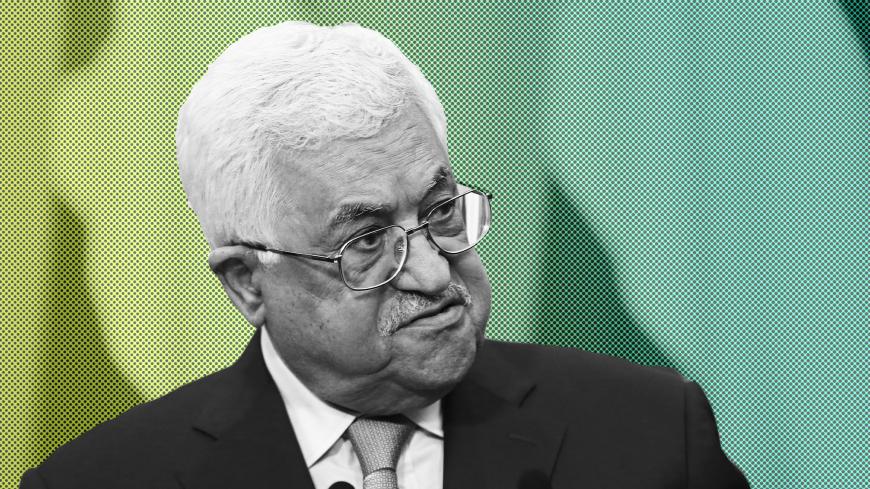 The Palestinian Authority (PA) started taking punitive measures against the Gaza Strip in April, notably reducing the salaries of government employees, no longer transferring funds to certain ministries such as the Ministry of Health and Ministry of Education, and cutting the purchase of fuel to operate Gaza’s sole power plant. The international community remained silent and showed no overt interference to put an end to the repercussions of these measures on the deteriorating living conditions in Gaza.

However, the Palestinian media recently spoke of pressure exerted by European countries on Palestinian President Mahmoud Abbas to stop these harsh measures against the Gaza Strip.

On Aug. 30, a Palestinian source told Alsaa8 on condition of anonymity that Abbas' reduction of some punitive measures against Gaza was due to pressure exerted by the European Union. On Aug. 26, Palestinian Prime Minister Rami Hamdallah decided, with Abbas' approval, to allow about 6,000 workers in the educational sector of Gaza to return to their jobs after the government forced them into early retirement on July 4.

Meanwhile, on Aug. 29, Hamas-affiliated radio station Al-Aqsa Voice reported that Abbas had asked for a meeting with French President Emmanuel Macron, but the latter reportedly refused to meet due to Abbas’ sanctions against Gaza that have damaged vital sectors such as education, health and infrastructure.

Ramy Abdu, the president of the Euro-Mediterranean Human Rights Monitor in Gaza, told Al-Monitor, “There is no serious European pressure to end Gaza’s suffering. The EU’s action since the beginning of the Gaza siege in 2006 and its talks with the PA have always been calculated so as not to embarrass itself when it comes to the PA’s violation of human rights. The EU is the main supporter of the PA, but the latter is playing the Europeans on the subject of sanctions in Gaza from two angles. First, the PA said these were short-term measures, which is not the case. Second, it claimed it only cut off the salaries of employees who are not working, which the EU itself had requested in February. This is why the Europeans are not going above and beyond with their rejection of the sanctions.”

On Aug. 28, Al-Resalah newspaper reported that the EU is considering cutting financial aid to the PA if it continues to implement its measures against the Gaza Strip, because they fall under the framework of collective punishment. The EU covers 15% of the PA’s budget by providing 450 million euros ($541 million) annually.

In a press statement Aug. 28, Shadi Othman, a spokesman for the Office of the European Union Representative in Jerusalem, denied the alleged EU ultimatum, stressing the strong EU-PA strategic relations and the continuation of the EU’s financial commitment to the PA.

Ghassan Khatib, the former minister of labor and planning in the Ramallah government, told Al-Monitor, “President Abbas would never risk taking harsh decisions against Gaza without consulting with the international community first — regardless of whether we believe they are positive or negative steps. Abu Mazen [Abbas] had obviously considered the possible international reactions before carrying on with his new policy toward Gaza because he believes that the time has come to bring Gaza back under the Palestinian legitimacy. If Gaza were to remain isolated, the dream of a Palestinian state would never be realized. Abbas wants to convey to the international community that Gaza is still subject to official Palestinian influence.”

Hamas spokesman Hazem Qassem told Al-Monitor, “The international community is called upon to exert strong pressure on Abbas to stop his actions against Gaza because they violate international law, and the situation in Gaza is on the verge of exploding. Most international parties reject these inhumane sanctions, and although Abbas is displeased with these [international] positions, he insists on his non-nationalist positions.”

Qassem added, “Hamas, on the other hand, is conveying to all the international parties it can communicate with the catastrophic results of Abbas’ sanctions. Hamas has sought and continues to seek breakthroughs in the region to try to overcome the devastating effects of these measures, as it did with the understandings it reached with Egypt in July.”

In his Aug. 30 article on the Jerusalem Center for Public Affairs website, Yoni Ben Menachem, a former officer in the Israeli military intelligence service, said that Abbas was under local, regional and international pressure to ease the sanctions he imposed on Gaza's residents. He therefore froze these sanctions on the eve of his departure to Turkey on Aug. 27, as a goodwill gesture toward Turkish President Recep Tayyip Erdogan.

Menachem noted that on Aug. 30, US envoy Jason Greenblatt visited the Gaza border and UN Secretary-General Antonio Guterres arrived in Gaza. Both men relayed to Abbas their concerns over the deterioration of the humanitarian situation in the Gaza Strip.

However, no Palestinian official has yet to announce the freezing of all sanctions imposed by the PA against Gaza.

Mohammed Abu Jayyab, the editor-in-chief of local newspaper Al-Eqtesadia, told Al-Monitor, “Perhaps Abu Mazen would never take action against Gaza without a European and international consensus. I have learned from prominent sources in the Palestinian Finance Ministry in Ramallah — which oversees most of the measures taken against Gaza — that it provides regular reports to the World Bank, the International Monetary Fund and the EU. These reports have indicated that the sanctions resulted in a reduction in [the PA’s] expenditure, as it [the ministry] seeks international support for such actions.”

No one knows the truth behind the European and international pressure on the PA to stop its punitive measures against the Gaza Strip, but it is likely that Abbas may not have the courage to take such sanctions, especially the suspension of salaries and the reduction of expenditures for Gaza, without any implicit or explicit agreement with those international parties.