While Lebanon’s impoverished border towns are generally more concerned with pre-existing hardships than those brought by Syrian refugees, some xenophobia has crept into these areas. 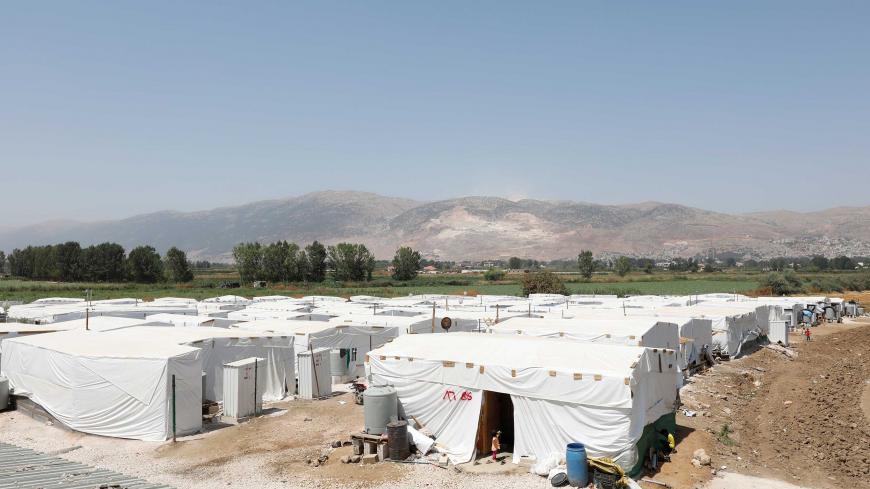 A camp for Syrian refugees near the town of Qab Elias, in Lebanon's Bekaa Valley, is pictured in this photo taken Aug. 8, 2017. - REUTERS/Jamal Saidi 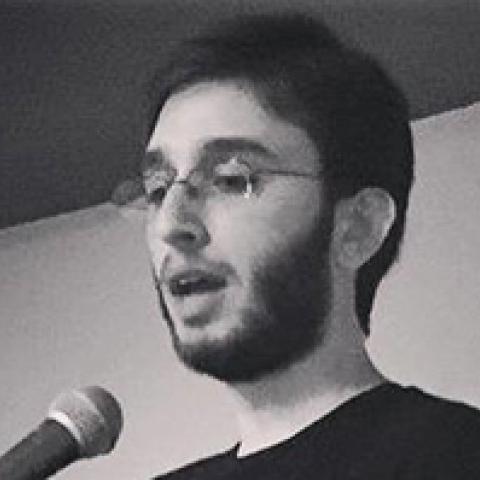 Six years since the Syrian uprising turned into an all-out civil war, tensions in Lebanon between Syrian refugees and Lebanese nationals have continued to intensify, especially in Beirut. It is no secret that Lebanese officials have contributed to the scapegoating of refugees for Lebanon’s socioeconomic and political woes.

In February, Foreign Minister Gebran Bassil hinted that the influx of Syrian refugees in Lebanon poses a demographic and existential threat. “Lebanon, without its philosophy and culture, will go to the advantage of refugees and terrorists,” he told expats in Johannesburg, South Africa.

In July, reported incidents of violence against Syrian refugees increased in and around Beirut. The army was also accused of torturing four Syrian refugees to death, while the military said the detained Syrians died of “natural causes.”

However, the xenophobic rhetoric seems not to have infected many of Lebanon’s communities near the border in the country’s two most impoverished regions. While tensions do exist between them and the Syrian refugee community on an economic level, there appears to be a level of mutual understanding over their difficult economic circumstances.

Recent military offensives in northeast Lebanon between Hezbollah and the Lebanese army against former al-Qaeda affiliate Jabhat Fatah al-Sham and the Islamic State have intensified existing tensions between many Lebanese citizens and Syrian refugees. However, Lebanon’s poorer border towns and villages remain more concerned with the persisting dire economic situation.

A joint report published by the World Bank and the Lebanese government’s Central Administration of Statistics, using research spanning late 2011 to late 2012, concluded that north Lebanon and the Bekaa in the east were the country's two poorest areas. With poverty rates of 36% and 38% prior to the refugee influx, the situation has continued to deteriorate as refugees poured into Lebanon fleeing the ongoing violence in Syria.

Wadi Khaled, a town in the impoverished Akkar region near the northern border, has been impacted by the Syrian conflict beyond its refugee influx. In 2013, gunfire and shelling between the Syrian army and opposition groups on the Syrian side of the frontier killed two and wounded three civilians. The closure of the northern border crossing in late December 2014 shut down trade. Extremist militants were holed up in the area until the summer of 2016.

Overlooking Syrian territory and what Al-Monitor was told are common illegal border crossing routes stands a Doctors Without Borders clinic providing free services for Lebanese and Syrian nationals alike. An IS operative suspected of planning to carry out attacks against senior military officials was arrested on Aug. 26, nine days after visiting the clinic in Wadi Khaled.

Among the free services the clinic provides is Wadi Khaled's only psychiatric care. Mental health supervisor Dana al-Laham told Al-Monitor that while mixed group sessions experience “a little bit of racism,” they have often “played a role in increasing empathy.” However, she added that the groups tend to be divided as Syrians share their experiences in the war and their difficult situations as refugees.

“Syrian refugees cannot cross checkpoints because of their documents,” Laham explained. Lebanon’s northern Akkar region has plenty of military checkpoints, especially as one approaches the border.

Mohammad Merei, a doctor specializing in noncommunicable and chronic diseases, told Al-Monitor that the presence of a clinic in the area has eased tensions between the populations. Merei is from the area and previously worked in Lebanese hospitals. “Government budgets [in Lebanese hospitals] for Lebanese and foreign nationals are separate,” he explained.

“Lebanese nationals are frustrated that their budget ceilings are already low, but Syrian refugees have been able to receive some treatment from the hospital’s budget for foreign nationals.” That said, he explained that the lack of access to public services, especially health care, “predates [the] refugee crisis.”

A Lebanese man from the Akkar region who asked to remain anonymous told Al-Monitor that relations between Lebanese and Syrians have usually remained positive. “Both populations are mostly Sunni and have many cultural similarities,” he said. “It is not uncommon for intermarriages to take place."

In the less homogenous Bekaa region near the remaining open border crossing to Syria, the Italian nongovernmental organization AVSI has been trying to help impoverished villages and towns mitigate their economic crises with their “Cash For Work” program that was launched on April 3. Partnering with local municipalities, the project provides some work for small teams of vulnerable Lebanese citizens and displaced Syrians to fix roads and infrastructure and restore old buildings, among other projects.

Khaled, a 30-year-old engineer from Daraa who declined to give his full name, has been in Lebanon since 2012, and has been residing in the small village of Kfar Dines in the Bekaa since 2014. “I first was in Sidon [south Lebanon] and Zahle [east Lebanon], each for a year,” Khaled told Al-Monitor. “There generally is racism, but I experienced most of it in cities.”

He said that while he is happy to make some money for his mother and family back in Syria, he vehemently denied claims by Lebanese officials that refugees enjoyed plenty of handouts and easy living. “I studied civil engineering, and nobody wants to work a job in a field that is not related to the career they aspire to have,” he said. “I cannot return to Syria. We fear for our safety, especially with conscription.”

A Kfar Dines local named Reda, who works as a supervisor for one of AVSI’s projects, admitted that there is tension between the two communities. “[Syrians] offer their labor at lower wages than [the Lebanese] do, so it is to be expected,” he told Al-Monitor. “With all due respect to them, we handled a lot.”

However, Reda said that the town faced problems well before the refugee crisis. “We have had a huge water problem,” he said, explaining that the amount the village receives weekly is nowhere near sufficient for the residents' needs.

When asked about some of the rhetoric coming from Beirut, he condemned it. “[Syrians] are not a demographic threat. This is just sectarian talk because they’re mostly Sunni,” he said. “What are we supposed to do? Convert them? We [in Lebanon] slaughtered each other for 15 years because of sectarianism.”

Mayor Fawzi Salem of the southeast village of al-Bireh and head of a 12-town municipal union, blames both the international community and the national government for the situation. “As a border town, we have a huge Syrian population, and we are trying to do what we can to help,” he said, adding that, in those 12 towns and villages, there are “almost two refugees for every Lebanese person.”

Salem told Al-Monitor, “I give the previous government full responsibility for not regulating [the refugees'] entry, which has impacted our economy and — for some, not all — our army and security.” He added that the villages and towns in east and southeast Lebanon have “always been neglected” by the national government.

Salem praised the NGO works, saying, “They have immensely eased tensions and improved the economic situation,” but expressed concern that the situation will worsen once the projects end.

While some residents told Al-Monitor that there is no racism whatsoever, Salem admitted there has been some xenophobic and racist rhetoric. “There is no smoke without fire,” he said.