Newly elected Chief of the Supreme Court Esther Hayut is the right person at the right time to withstand the aggressive forces on the political right in the battle threatening the independence of the court and Israel’s democratic values. 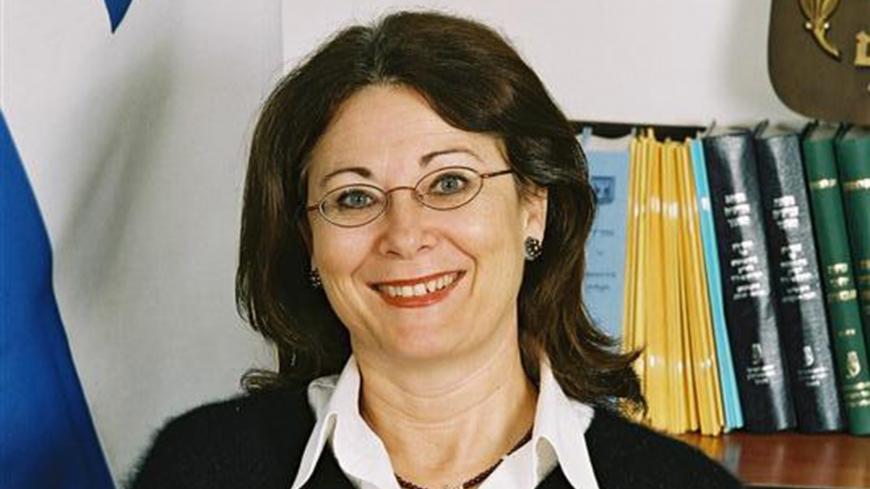 Justice Minister Ayelet Shaked lost out this week in the fight over the appointment of Justice Esther Hayut as president of the country’s top court, a pick she had tried to thwart. However, Shaked intends to push ahead with her plan to curb the powers of the country’s judicial branch.

On Sept. 5, Israel’s Judicial Appointments Committee elected Justice Esther Hayut to replace retiring Chief Justice Miriam Naor as president of the Supreme Court, overriding the objections of Shaked, who heads the panel. Shaked had fought for months to abolish the principle of seniority that gives the job to the longest-serving justice on the bench.

Since March, Shaked had rejected repeated requests by Naor to bring Hayut’s selection to a committee vote, generating heavy tensions among the top echelons of Israel’s legal system.

Shaked, a leading force in the right-wing HaBayit HaYehudi party, prevailed earlier this year when the Judicial Appointments Committee picked two justices identified with the Zionist religious stream among the four new appointments to the bench. The carefully crafted achievement boosted Shaked’s standing within her hard-line party as well as on the political right. The next target she set herself was to eliminate the Supreme Court’s long-standing seniority convention.

Shaked argued that this system fails to take into account the capabilities and leadership skills of the candidate. At one of the pinnacles of her battle, Shaked engineered in July a special debate on the seniority issue by the Knesset’s Constitution, Law and Justice Committee. At that point, Shaked knew already that she would lose the fight, and that Hayut would be appointed. But she wanted to stir up a public debate in line with her persistent efforts to erode the powers of the Supreme Court.

Shaked is a calculating and skillful politician who understands that despite her failure to overhaul the seniority regime, she can leverage her efforts among the party’s nationalist, religious voters as yet another move in her campaign to contain the country’s top court, which they deem too left-leaning, liberal and independent.

Addressing an Israel Bar Association conference Aug. 29, Shaked stunned participants when she said, "Zionism should not, and I say here, will not continue to bow down to the system of individual rights interpreted in a universal way that divorces them from the history of the Knesset and the history of legislation that we all know." A day earlier, the Supreme Court had ruled that Israel was within its rights in deporting asylum seekers, but could not jail them for more than two months if they refuse to leave.

Shaked views this ruling as favoring individual liberties over the continued strengthening of the country’s Jewish majority. Such a declaration by a justice minister is nothing short of a declaration of war against the legal system and the Supreme Court.

Shaked wished Hayut well after her appointment and praised her professionalism, but the smiles will not dispel the tense, explosive relationship between the minister, the Supreme Court and the justice who will preside over the court starting next month.

Shaked intends to maintain her adversarial stance vis-a-vis the Supreme Court, which has historically enjoyed the backing of the justice ministers, for the most part. In that sense, she is a successor to former Justice Minister Daniel Friedman, appointed by Prime Minister Ehud Olmert in 2007, who attempted unsuccessfully to reduce the court’s powers during his two-year term. Unlike Friedman, Shaked is a skilled politician operating within a right-wing government at a time when the standing of the Supreme Court is being undermined by a perception of its “leftist” bias — fueled in large part by harsh right-wing political attacks on its rulings.

Joining Shaked’s campaign against the Supreme Court is Tourism Minister Yariv Levin of the ruling Likud Party. Levin has escalated his fight in recent years, arguing that the justices are a small, dissociated, leftist group that has accumulated excessive power at the expense of the legislative branch.

Reflecting this line, Levin launched an outspoken attack in the media immediately after the vote on Hayut, dubbing the selection process “insolent.” In a harsh reaction, Levin also claimed “the public has had enough of the way the legal system operates and of the post-Zionism rulings often issued by the justices who are appointed in secret deals far from the public eye.” He pledged to act for a fundamental change of the judicial appointment system so that “Zionism and Judaism are restored to their rightful place on the judicial values scale.”

Shaked’s and Levin’s ambitions augur a stormy, challenging and complex term for Hayut. This is a battle for supremacy between the established legal system and the increasingly powerful new political right-wing class, which aspires to shape the Supreme Court to reflect its views and values. Shaked’s declaration placing Zionism over liberal, universal values is a challenge to the court’s fundamental ethos as the defender of democracy.

Hayut is a highly respected, talented, sharp, courageous, erudite judge. From now on, she will bear much of the burden of protecting the court’s independence. Other than being an excellent judge, she is hardly the epitome of an isolated judicial elite. Hayut, nearly 64, is the daughter of Holocaust survivors raised in poverty at the home of her grandparents after her parents divorced when she was 18 months old. From there she forged her way to one of the most important positions in the country.

In many ways, Hayut is the right person at the right time to withstand the aggressive forces on the political right in the battle threatening the independence and power of one of the most important symbols of Israeli democracy.