Zarif: Europe will stick to nuclear deal if US abandons it

Iran’s foreign minister asserts that Europe will continue implementing the nuclear deal even if the United States decides to abandon it. 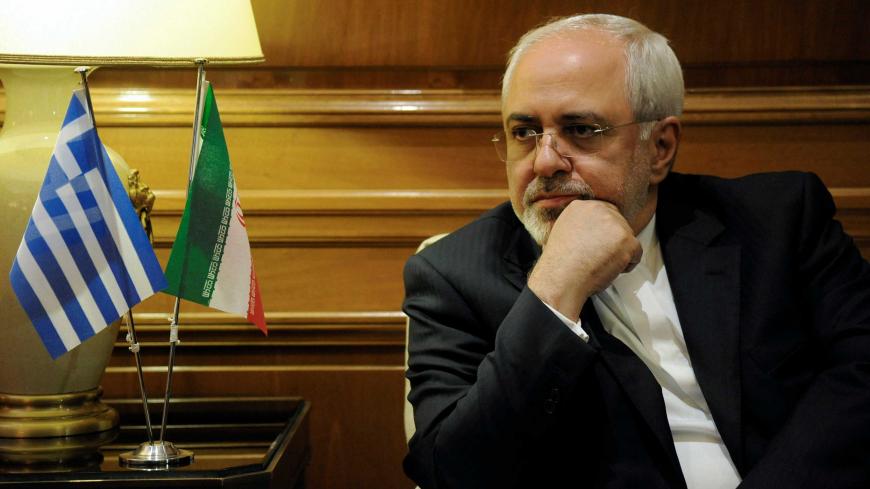 Iran’s Foreign Minister Mohammad Javad Zarif has stated that Europe would continue to implement its commitments under the nuclear deal if US President Donald Trump decides to abandon it.

In an interview with Khabar Online conducted by Al-Monitor contributor Saeid Jafari on Sept. 5, Zarif addressed the issue of what Europe would do if the Trump administration attempts to kill the 2015 Joint Comprehensive Plan of Action (JCPOA), signed between Iran and the six world powers.

He added, “Europe’s choice is [in effect that of whether] to choose itself or pursue [US interests]. If they choose themselves, they will pursue their [own] interests, and I’m definitely sure that Europe’s economy is so big that the Americans can’t do away with it. [Just] as Europe can’t do away with the US, the US can neither do away with Europe.”

Addressing Tehran’s possible reaction if the nuclear deal is violated, Zarif continued, “The important point here is that Europe’s relationship with Iran is not limited to the economy. The JCPOA is currently the biggest political and diplomatic achievement, and the whole world knows it; it can be seen in the JCPOA that Iran’s choices in case of its violation are not limited at all, and Iran’s hands are not tied [when it comes to] adopting [responses].”

Zarif added, “Others may need to go through a long process to reactivate the sanctions, but [if] Iran concludes that the benefits of the JCPOA do not exceed its limitations, [then we can] not only immediately return to the pre-JCPOA conditions, but also reach a better point than before. This is because we have continued our R&D [program]. We currently have much better centrifuges, and the design of the Arak reactor is also very advanced.”

However, Zarif emphasized, “we prefer this not to happen. We didn’t spend two years in vain just to reach an agreement that we would now want to find a pretext to violate. None of the deal’s parties wrote this agreement just to violate it.”

Asked if Iran has started talks with European states on continuing to implement the JCPOA without the participation of the United States, the Iranian foreign minister said, “At present, the Europeans are emphasizing on the matter that they would be committed to the JCPOA under any conditions, even if the US leaves it.” He added, “[They] believe that the US won’t gain any benefit by leaving the JCPOA given the policies that Europe has adopted. However, we should wait and see and we should be ready [for any outcome]. The Islamic Republic [of Iran] is ready for all situations. The European Union has repeatedly announced that the JCPOA can’t be renegotiated and the JCPOA can’t be violated by one country, and a certain country shouldn’t feel that it can kill the JCPOA.”

In other news, the spokesperson for Iran's Supreme National Security Council announced that no decision has been taken regarding the release of opposition leaders Mir Hossein Mousavi and Mehdi Karroubi, who have been under house arrest since 2011.

Spokesperson Keyvan Khosravi said Sept. 5, “The decision to [put Mousavi and Karroubi] under house arrest was adopted by the Supreme National Security Council in 2011, and this council will decide whether to continue or change this decision.”

Of note, the president selects the secretary of the Supreme National Security Council. The decisions of the council are effective only after the confirmation by Supreme Leader Ayatollah Ali Khamenei.