Iran looks to Europe over fate of nuclear deal

At this stage, Iran believes only the European signatories to the nuclear deal can prevent it from collapsing, whether the United States walks away from it or not. 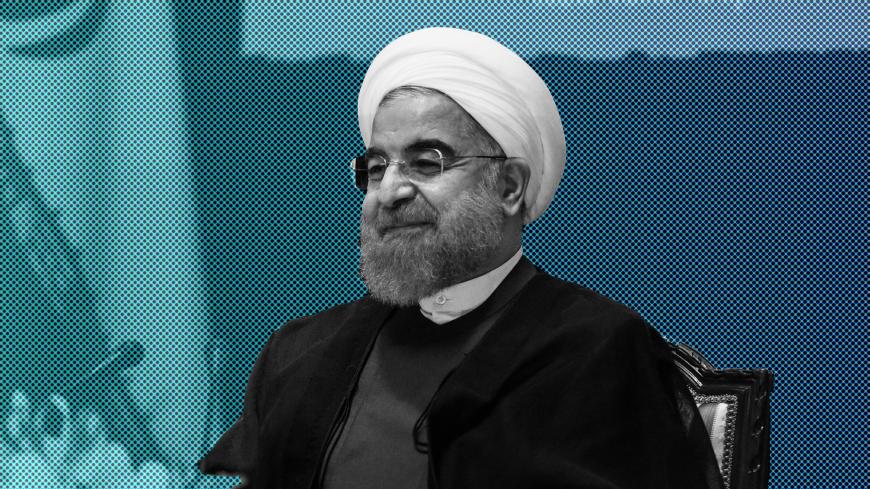 As concerns grow every day about whether or not the United States will abandon the nuclear deal with Iran, Tehran is weighing its options in different possible scenarios.

Donald Trump has long vowed to tear up the Joint Comprehensive Plan of Action (JCPOA), pledging such a move even before he was elected as president. However, despite his apparent personal desire to do so, this has not happened yet. Most analysts attribute this to the opposition shown by European parties to the JCPOA, as well as the resistance of Trump’s own advisers and Cabinet members.

On July 17, The New York Times wrote about the Trump administration’s meeting to certify Iran’s compliance with the nuclear deal for a second time. According to the report, Trump had spent 55 minutes of the hourlong meeting telling his secretaries and national security advisers that he did not want the deal. While Trump did reluctantly follow their advice and recertify Iran’s compliance in that meeting, his recent speech at the UN General Assembly indicates that the United States is closer than ever to abandoning the deal. Speaking in New York on Sept. 19, Trump said, “Frankly, that deal [the JCPOA] is an embarrassment to the United States, and I don’t think you’ve heard the last of it — believe me.”

There are now rising concerns, especially in Tehran, that the United States plans to very slyly push Iran into abandoning the JCPOA. On Sept. 5, US Ambassador to the UN Nikki Haley said that should Trump decide not to certify Iran’s compliance with the nuclear deal, it would not constitute a US withdrawal from the accord.

While Haley seems to be laying the case that such US behavior would not constitute a deal violation, the view in Tehran indicates otherwise. Iran has prepared itself for different situations, and Iranian officials believe the United States has already violated the spirit — and letter — of the JCPOA.

For instance, Foreign Minister Mohammad Javad Zarif tweeted Aug. 11: “POTUS always wanted to kill JCPOA. To avoid isolation, he's trying to blame it on Iran. Bad faith on top of US violating the letter & spirit.” These are the moderate voices coming out of Iran these days. Meanwhile, the hard-liners have always criticized the Rouhani administration for showing weakness and continually giving in to US demands. They have also, for a long time, accused the United States of not abiding by the JCPOA and even tricking Iran.

So what are Iran’s options in such a situation where the United States maintains its negative attitude toward the JCPOA? In a Sept. 5 interview with KhabarOnline, Zarif said, “At present, the Europeans are emphasizing the matter that they would be committed to the JCPOA under any conditions, even if the United States leaves it.”

Iranian President Hassan Rouhani also urged Europe to put pressure on the United States and force it to comply with its commitments under the nuclear deal at a Sept. 16 meeting with the president of the Belgian Chamber of Representatives in Tehran. Rouhani tried to pursue this same approach while delivering his speech at the UN General Assembly on Sept. 20 and warned the United States against leaving the JCPOA, saying it would only destroy US credibility — particularly in the face of the North Korean nuclear crisis.

But these are certainly not the only voices coming out of Tehran. Iran’s hard-liners have been criticizing the deal from the start. They say the JCPOA is unilateral and to Iran’s disadvantage, and not only has it had no benefits for Iran but also imposed many restrictions on the country’s nuclear program.

Kamal Kharrazi, who served as foreign minister under Reformist President Mohammad Khatami (1997-2005) and currently heads Iran’s Strategic Council on Foreign Relations, said on Sept. 21, “If the United States withdraws from the JCPOA, there will be no JCPOA left and past policies have to be pursued.”

In this vein, an informed source at the Iranian Foreign Ministry who spoke to Al-Monitor on condition of anonymity said, “It is clear that if the United States withdraws from the JCPOA, the government of ‘moderation’ and the moderation movement will be weakened. Although Europe has promised Iran that it will continue implementing the JCPOA without the United States, the reality is that the JCPOA’s domestic opponents are unlikely to let Iran continue its commitments under the deal [if this were to happen].”

In a speech on Sept. 17, Iran’s Supreme Leader Ayatollah Ali Khamenei said, “Any wrong move by the hegemonic system on the JCPOA will draw a reaction from the Islamic Republic.” Two days later, on Sept. 19, Khamenei responded to Trump’s speech at the UN General Assembly and said, “Caution and precision should have been taken in [preparing] the JCPOA so as to prevent the other party from doing whatever it wants and not be seen in violation of the JCPOA, while any measure by Iran is viewed as a violation of the JCPOA.”

Prior to this, on Sept. 9, Ali Akbar Salehi, the head of Iran’s Atomic Energy Organization, told Der Spiegel, “If the United States leaves the treaty and Europe follows, then this deal will certainly collapse and Iran will go back to what it was before and, technically speaking, to a much higher level.”

While European countries continue to assure Tehran that they will remain committed to the deal under any circumstances, the bitter experience of the 2000s — when then-US President George W. Bush pressured the European troika and caused the collapse of the nuclear negotiations — is vividly remembered by Iranian politicians. They believe that if the United States abandons the JCPOA, Europe will also be forced to follow suit or, at the very least, implement the deal in a weak manner without taking Iran’s economic demands into consideration. This same concern has prompted many Iranian decision-makers into thinking that in case of a US withdrawal, the best option for Iran would be to quickly exit the deal and return its nuclear program to what it was prior to the accord.

Another informed source at the Iranian Foreign Ministry told Al-Monitor on condition of anonymity, “We know that if the United States increases its pressures and the Europeans are left with a choice between Iran and the United States, they are definitely not going to choose Iran. Therefore, in case the US withdraws from the JCPOA or if Washington continues the snake-like behavior it has adopted toward the JCPOA, trying to create intangible holes in its implementation process, the decision of the heads of the establishment [in Iran] will be to leave the JCPOA.”

Under such circumstances, the ball will be in Europe’s court to pressure the United States to remain committed to the JCPOA. If not, the world will likely witness a new crisis.