Despite the importance of Hamas' move to dissolve its administrative committee, the failure of the previous reconciliation agreements worries Palestinians who are concerned about Fatah and Hamas returning to square one. 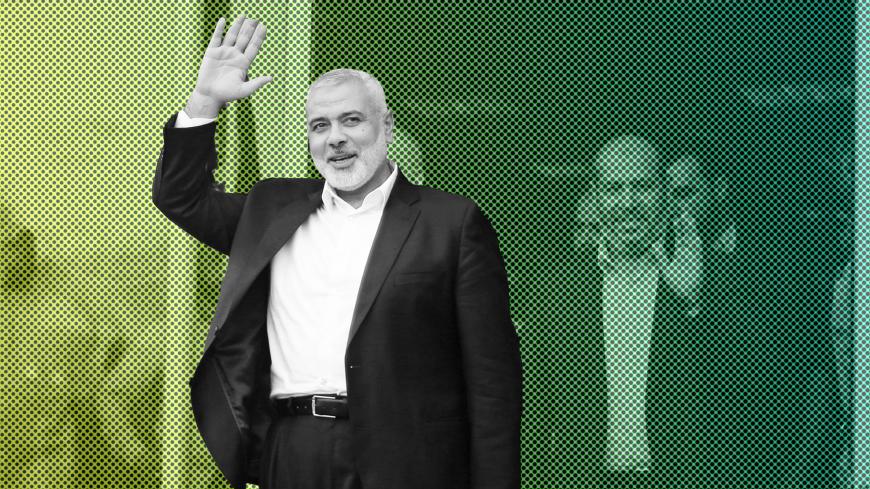 On Sept. 17, Hamas announced it was dissolving the administrative committee it had set up in March to manage the Gaza Strip.

A delegation from Hamas’ political leadership, presided by Ismail Haniyeh, the head of its political bureau, visited Egypt Sept. 9-19 to discuss with the Egyptian intelligence the internal Palestinian reconciliation, the opening of the Rafah border crossing and the security situation on the Gaza-Sinai borders.

The Hamas movement said in a press statement Sept. 17 that the dissolution of the committee comes in response to Egypt’s efforts to achieve reconciliation and end the Hamas-Fatah division. The movement expressed willingness to discuss with Fatah the mechanisms for implementing reconciliation and forming a national unity government. Hamas also called on the government of national consensus to immediately head to Gaza to fulfill its duties.

Osama Hamdan, Hamas’ foreign relations chief, told Al-Monitor, “The threefold importance of dissolving the administrative committee lies in the fact that the decision came from Hamas directly and in the context of the national public interest of the Palestinian people, in light of an improved political atmosphere between Hamas and Egypt. Dissolving the committee was part of the initiative Hamas presented to the Egyptians in order to achieve reconciliation. Today, President Mahmoud Abbas is required to respond to Hamas' move. If he denies it and refuses to proceed with reconciliation, he will be the first and biggest loser, but I am optimistic that reconciliation will be achieved.”

He added, “The ball is now in Abbas’ court, and he is required to prove that he cares about the interests of our people, especially in Gaza. Abbas must compel the government of national consensus to carry out its duties, take back the harmful punitive measures he imposed [on Gaza], move forward with the reconciliation agreement with general elections and activate the establishment of the PLO.”

As soon as Hamas dissolved its administrative committee, Palestinian officials welcomed the decision on the same day. Abbas said that he was pleased that Hamas dissolved the committee, enabling the government of national consensus to exercise its authority in Gaza. Yusuf al-Mahmoud, a spokesman for the government of national consensus, said that dissolving the committee was a step in the right direction for Hamas.

In addition, dismissed Fatah leader Mohammed Dahlan praised Hamas for dissolving the committee, as it eliminated Abbas' pretexts for refusing to go forward with reconciliation. Other Palestinian factions also welcomed Hamas' move, such as the Popular Front for the Liberation of Palestine, the Democratic Front for the Liberation of Palestine and the Palestinian Islamic Jihad.

On the eve of Sept. 18, Haniyeh spoke to Abbas over the phone and stressed the need to implement the recent understandings reached between Hamas and Egypt regarding the dissolution of the committee.

Abdullah Abdullah, a member of Fatah’s Revolutionary Council and the chairman of the Palestinian Legislative Council’s Political Affairs Committee, told Al-Monitor, “Hamas’ decision to dissolve the administrative committee is significant. But several obstacles to achieve reconciliation remain, namely how the government of national consensus would assume its responsibilities in Gaza. This scenario would mean that Hamas must step aside [to allow the government to take the reins], which is not easy after 10 years of ruling the Gaza Strip.”

Abdullah noted, “In addition, the issue of [Hamas'] weapons in Gaza should be addressed via an understanding between Fatah and Hamas. A solution must be found for the future of Gaza’s employees to serve the common good, without injustice.”

On Sept. 18, Mohammad Shtayyeh, a member of Fatah’s Central Committee and the former Palestinian minister of public works, called on the government of national consensus to head to Gaza immediately to complete reconciliation, because this is the right opportunity to do so and succeed. Without mentioning exactly who, he said many parties will try to disrupt the reconciliation.

On Sept. 19, the government of national consensus expressed its readiness to assume its responsibilities in Gaza. Without providing details on the subject, the government of national consensus noted that it has already thought up plans and practical steps in terms of handling all aspects of life in Gaza, to enable it to carry out its duties toward Gazans and alleviate their suffering.

Palestinians were not the only ones to welcome Hamas’ decision with open arms; regional and international parties also praised its magnitude. On Sept. 18, the Turkish Foreign Ministry announced that Hamas' decision was significant for reconciliation and would positively contribute to the stability of the region. On Sept. 17, Nikolay Mladenov, the UN special coordinator for the Middle East peace process, saluted Hamas for dissolving the committee, stressing the importance of addressing the serious humanitarian situation in Gaza.

Mousa Abu Marzouk, a member of Hamas’ political bureau who participated in the Cairo talks, announced Sept. 17 that Western officials, whose names were not mentioned, recently informed Hamas that the United States and Israel have lifted the veto on reconciliation.

Hani al-Masri, the head of the Palestinian Center for Policy Research & Strategic Studies in Ramallah - Masarat, told Al-Monitor, “Hamas' decision to dissolve its administrative committee is late, but important nonetheless. Abbas needs to immediately cancel the punitive measures he took against Gaza, initiate a national dialogue and learn from the failure of previous efforts to reconcile. It would not be good for Fatah to stall, because then Hamas would do the same since it wants to find out what it would be getting in return for giving up its control over Gaza. This is why I would not say the road toward a national unity is clear.”

Regardless of the hype the decision to dissolve the committee received, Palestinians fear the terms of the reconciliation, namely the fate of the 40,000 Gaza employees whom Hamas appointed after it took over the Gaza Strip in mid-2007.

Yacoub al-Ghandour, the head of the Gaza branch of the Public Servants' Syndicate, told Al-Monitor, "Any reconciliation that does not provide a solution to the employees’ crisis will not succeed, and therefore the Palestinian Authority must settle their financial situation and recognize their functional benefits. This is the only way reconciliation can be achieved. We demand merging Gaza employees into the Palestinian governmental apparatus and standardizing all employees hired before and after 2007. The government of national consensus should assume its responsibilities to pay salaries to all employees of Gaza and the West Bank.”

Despite the importance of Hamas' move to dissolve its administrative committee, the failure of the previous reconciliation agreements since 2006 worries the Palestinians who are concerned about Fatah and Hamas returning to square one.

No matter how positive the Palestinians feel about Hamas dissolving its administrative committee, as it eliminates Abbas’ pretexts for tightening the noose on Gaza, reconciliation is not really around the corner.