Egypt’s millennials act out their discontent on stage

With its earnest tone and simple production, the play “1980 W Enta Taleh” offers a glimpse into the turbulent lives of Egypt's young adults. 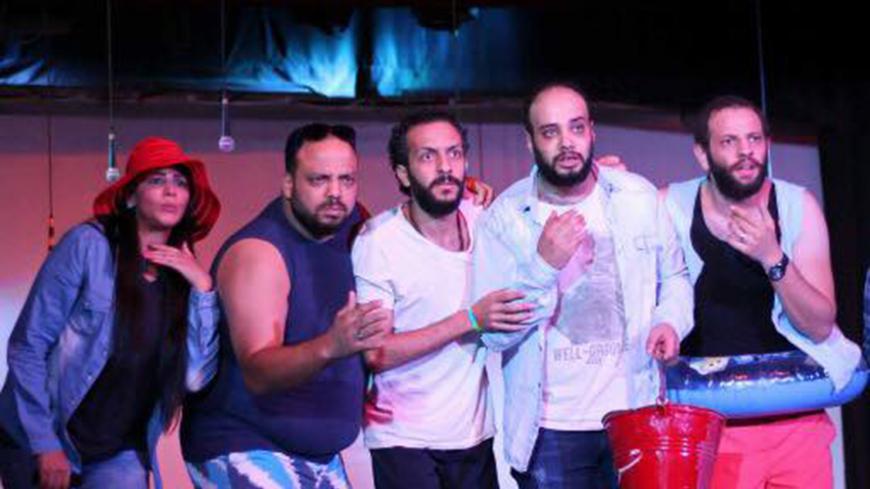 CAIRO — A simple white backdrop, two seats and four small wooden boxes make up the stage for “1980 W Enta Taleh,” (“1980 and Above”), a play about the lost dreams and daily challenges of the Egyptian youth born in the 1980s and 1990s.

The theatrical piece, 180 minutes long, was first performed in 2012 by the Studio el-Prova team in small theaters and garages used as art spaces in Cairo. Its popularity grew as word spread on social media, encouraging the theater group to perform it for a larger audience.

A three-hour version debuted in June this year, with a new script that includes current issues and sketches. Despite the Egyptian authorities' recent encroachment on freedom of expression, such as banning news sites and television programs criticizing the government, Egypt's Office of Censorship of Artistic Works authorized the play a year and a half ago.

In an interview with Al-Monitor, the play's director Mohamed Gabr said, “Our objective is to present a social play that depicts the daily life of the Egyptian people, not a political one opposing the government. We might be more daring than others, but we do not defame or insult any authority figure or political trend.”

Downtown Cairo's Hosapeer Theater was not the troupe's first choice, but various public theaters, such as Bibliotheca Alexandrina, declined to stage it despite the censors' approval.

Gabr said, “The play is outspoken and critical, which is not so common in Egypt’s artistic scene anymore. This is why some local authorities and theater directors have been reluctant to host or allow the play. The only solution was to choose one of the few private stages in Egypt.”

He asserted that the play has been a success with young people since it was first staged in 2012. “We must retain the audience that comes to watch this type of bold artistic work,” he said, adding that if the play were performed in public theaters such as Theater House, there would be attempts to control its content.

Gabr said, “The stage setup is simple because of artistic and financial constraints. The play is an example of ‘poor theater,’ which consists of using minimal fixed objects in the theater to get the message across by depending on lighting and actors’ motions.”

He added that the white curtain is symbolic of the void and isolation that the generation born in the 1980s is experiencing.

Sarcastic, bitter and often ironic in tone, the play consists of 14 scenes with 14 actors, including three women and 11 men. In the first scene, the actors recite their date of birth, age and unfulfilled dreams, and they condemn the contradictions in Egyptian society in short, snappy lines: “Should I join the military academy to become president, minister or governor?” “I am afraid I will have to travel and leave my dream behind.” “Can I laugh, or is that forbidden?” “Are the youth of the 1919 revolution still cheering?”

The scenes mostly focus on struggles against tyranny and repression, as well as family and social pressures. One of the most touching depicts a young man who works as a sales representative trying to sell toothpaste. With smiles and jokes, he tries to hide his despair: “Years go by in hypocrisy and cowardice. I tread a path blocked from all sides. The faster I go, the more I find myself walking backward.”

The play also addresses women’s freedom and independence, the social pressures to marry and attitudes toward women above 25 who are still unmarried. One scene criticizes families' control over girls when an actress says, “I shut the door to my room each day to hide from people. … But their stares and words still seep through closed doors.”

Despite the often depressing subject matter, the show manages to discuss this generation's problems in an artistic and entertaining way, and the audience often cheers throughout the performance.

Actor Mustafa Mohammad praised “the energy that comes from the young audience."

"These youths relate to every scene in the play, which reflects their political, social and cultural experiences,” he said.

Mohammad noted that tickets for the play's entire season sold out quickly. “The happiness beaming from the faces of spectators lined up at the box office of an old theater with worn-out seats stirred strong feelings within us. We hope that ‘1980 W Enta Taleh’ will live on in the memory of this generation.”

“We constantly interact with the audience through social media. Most of the scenes of self-reflection were inspired by questions from the audience. Most of the 1980s music and songs added to the show were actually proposed by the audience,” he added.

In the closing scene, the cast questions their future. In this scene, the actors seem confused, torn between continuing to fight for progress and justice and stepping back from the struggle. It's a portrayal of the youths’ state of mind after the failure of the January 25 Revolution to meet its goals — freedom, life and human dignity — seven years on.

The young generation is confused about whether to keep defying the challenges it faces and pushing for change or to give up. The show ends with a choice to continue as Cairokee's famous song “Mikammilin” ("We will go on") plays in the background.

The players hope the success of “1980 W Enta Taleh” could be the first sign of a growing independent youth theater movement that could offer a new platform for Egypt's pressing social, cultural and political topics and challenges. 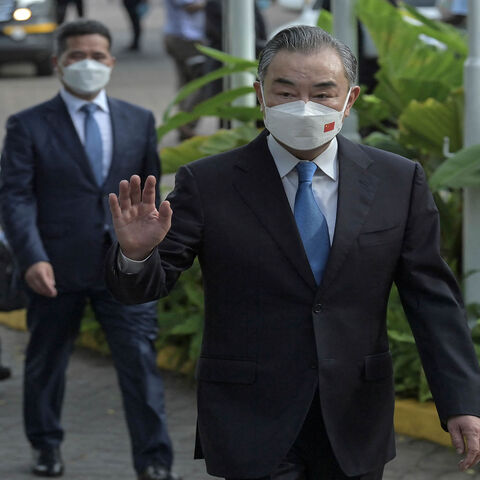