Exasperated over Turkey’s disregard for the rule of law and its arrest of German nationals, Berlin has raised the specter of economic sanctions against Turkey. 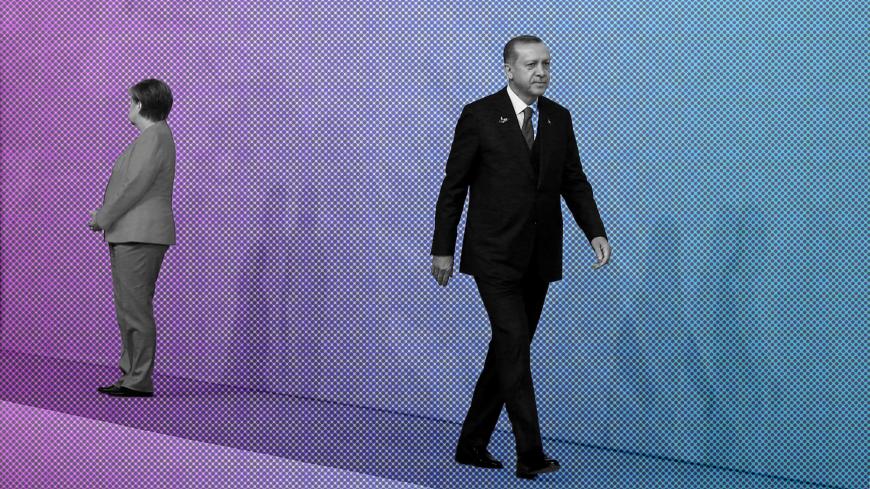 Over the past several years, Turkey has suffered economic harm due to “road accidents” in its foreign relations, courtesy of ill-conceived steps by the Justice and Development Party (AKP) government. The 2015 plane-shooting crisis with Russia was the most bruising in this respect. Turkey has yet to fully recover from Moscow’s economic sanctions, which included import bans on certain Turkish products, restrictions on Turkish businesses operating in Russia, visa restrictions for Turkish nationals and a drastic fall in the flow of Russian tourists to Turkey. With its economy taking serious blows, Ankara extended an apology to Moscow in June 2016, scrambling to rebuild bilateral ties. Despite certain improvements, however, the relationship has failed to return to its pre-crisis level.

Then, in early June, Turkey took sides in the crisis in the Gulf, standing by Qatar against the Saudi-led bloc of Sunni countries. This also brought the risk of economic harm. Turkey nowadays is trying to position itself as a mediator, keen to preserve economic opportunities on both sides.

Most recently, Ankara has been sparring with Germany, widely seen as the leader of the European Union, which Turkey has unsuccessfully sought to join. The AKP regime had long faced German criticism over human rights violations and the erosion of democratic values and the rule of law in Turkey. In mid-July, an incensed Germany toughened its stance and signaled it could draw the economic weapon after German nationals landed behind bars in Turkey on terror-related charges and Ankara seemed to implicate German companies in probes over last year’s coup attempt.

Given the extent of economic bonds, Germany does have strong leverage in this realm, but how much it could play its cards and, more importantly, how willing the German private sector would be to heed any punitive measures remains an open question.

Over the decades, Germany has been a constant heavyweight in Turkey’s economic integration with Western capitalism. The process, driven by mutual trade, was marked by growing direct German investments in Turkey in the 1970s, when Ankara followed an import-substitution development model, and in the 1980s, when the Turkish economy began to open up to the world. German investments were concentrated in industry, extending to the services sector in time. Additionally, Germany became a major go-to for Turkish entrepreneurs seeking technology and know-how. For years, Germans represented the bulk of foreign tourists visiting Turkey, while Turkish workers began migrating to Germany in the 1950s, growing into a significant labor force and a resident component of German society.

An overview of how all this translates into numbers could help one better understand the cards that each country holds. In 2016, Turkish exports to Germany were worth about $14 billion, consisting largely of industrial consumer goods. German exports to Turkey, meanwhile, were worth $21.5 billion, including mostly industrial goods such as machinery and equipment. So, the bilateral trade volume amounted to some $35.5 billion, with the advantage clearly in Germany’s favor.

Germany’s total exports last year were worth about $1.2 trillion, accounting for a staggering 70% of all EU exports. For such an export giant, the $21.5 billion sales to Turkey can hardly be qualified as vital. When it comes to Turkey, however, its exports to Germany represent 10% of the some $140 billion total, which is an important portion. The contrast is similar on the import side. Germany’s $14 billion imports from Turkey are not that significant in its total imports of nearly $1 trillion, while Turkey’s imports from Germany represent 10% of its total foreign buys.

Germany is also an important lender for Turkey. Loans provided by German financial institutions account for 10% of the Turkish private sector’s $209 billion long-term borrowings at present.

In Turkey’s tourism sector, the Germans long topped the list of foreign tourists until overtaken by Russians in more recent years. Last year’s figures, however, point to a steep decline in the number of German tourists. Out of 25.4 million foreign visitors, only 3.9 million were German, compared to 5.6 million out of 36 million in 2015. No doubt, increased security risks played an important role in the decline. What is more alarming, however, is that Turkey’s international image continues to deteriorate, and the number of visitors from the EU in general and Germany in particular continues to decrease despite discounted prices.

In sum, Germany’s role in major economic realms makes it a partner that Turkey can hardly ignore, not to mention that Ankara needs to stay on good terms with the leader of a community it wants to join. Given Germany’s colossal 21% share in the EU’s gross domestic product, persisting bilateral tensions could hit also the flow of short-term capital investments to Turkey in the medium and long terms. This, in turn, could deal a blow to the Turkish lira — relatively stable against the euro and the dollar at present — and lead to fresh economic turbulence.

Yet, how could Germany use the economic sticks on Turkey? On the government level, it could certainly use sticks that are directly at its disposal, and even other EU states might follow suit. Such punitive measures might include the curbing or suspension of arms deals, loan provisions and the financing of certain projects. Another form of sanction could be the limitation of loans, tax facilities, and incentives to German and EU companies dealing with Ankara. Travel warnings to citizens could also prove effective in discouraging touristic trips to Turkey.

But what about the exporters, importers and financiers in the private sector? Can the German government cajole them into action that would prove effective in the short term? This seems hard, for every profit-driven private sector knows well that politics zigzag and everything could be back on track one day. Hence, the hope of return to the old good days appears to prevail among German companies at present, and they are making efforts to that effect. The Turkish private sector, too, is trying to soothe the tensions, without going much into Berlin’s political expectations on the rule of law and EU norms.

Germany is bracing for elections this year. German leaders risk electoral embarrassment if they fail to take efficient steps against the AKP government, whose violations of the law continue on a daily basis. The leaders need voters to see the concrete consequences of such steps. If the arrow is already off the bow, it needs to hit the target. If not, politicians might have to pay a price.

Correction: August 7, 2017. An earlier version of this article misstated the foreign direct investment stock of Turkey. It is $125 billion not $97 billion and Germany represent 10% of its total foreign buys. Apologies.