Turkey's president already seems worried about the 2019 elections, recognizing the possibility that as Istanbul goes, so goes the country. 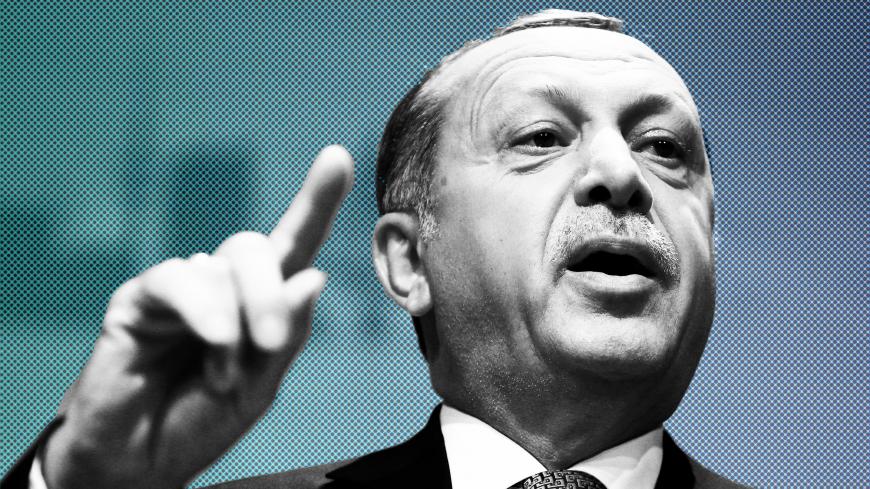 Turkish President Recep Tayyip Erdogan has already launched his campaign for the November 2019 elections. Although not mentioned much in the news, there are two elections scheduled that year; the first will be the municipal races in March. Using any pretext, Erdogan has started assembling his party’s local leaderships in rallies, all with live TV coverage. As the leader of the Justice and Development Party (AKP), Erdogan is campaigning for both elections, but only talking about the presidential election so far. Why?

The best explanation is found in Erdogan’s own words. On Aug. 20, he was in Istanbul speaking to a large crowd of AKP members. Cheers frequently interrupted his hourlong speech, even though Erdogan was harshly criticizing the audience for their lethargy and arrogance and bluntly talking about replacing them. The crowd was determined to spur on their leader regardless of his anger and resentment. Erdogan passionately emphasized the significance of Istanbul in the elections. He said those who fail to see the city's importance can serve neither it nor the AKP. Several times he stressed that if the AKP loses ground in Istanbul, the party will lose the whole country. Erdogan’s fear was out in the open during this speech — and he has a point.

For politicians, Istanbul is a city like no other in Turkey. As one seasoned AKP bureaucrat asked Al-Monitor, “Is there a Turkey beyond Istanbul?” Erdogan’s history in Istanbul is also significant. Erdogan lost three elections from 1986 until 1994, until he became the mayor of Istanbul by a slim margin, winning 25% of the votes. Since 1994, though the names of the political parties have changed, Erdogan’s party has been in charge of the government of the city, which is divided into 39 districts. In all general elections, Erdogan’s political party has won a majority of the votes in Istanbul. For the first time, during the April 16 referendum, Erdogan lost a majority in the big cities, and Istanbul was one of them.

The loss of Istanbul is an alarming signal that the AKP could lose Turkey for two significant reasons. First, to better understand, let’s put in perspective why Istanbul matters more than any city. There are about 58 million registered voters in Turkey; 10.5 million of them are in Istanbul. That is, Istanbul holds 18% of the total vote share. Hence, the mayor of Istanbul is the most powerful man in Turkish politics after the president.

Second, Istanbul is the hub of domestic migration. That means the majority of Istanbul's contemporary residents have links to cities all over Turkey. This is particularly important for religious orders and big and midsize businesses.

All religious orders, even those that have emanated from other parts of Turkey, have their centers based in Istanbul. Two prominent districts, Eyup and Uskudar, which have traditionally voted for the AKP, overwhelmingly voted against the April referendum to expand the powers of the presidency.

Mahmut Kar, media bureau chief of Hizbut Tahrir Turkey, confirmed Erdogan is concerned because the vote share in Istanbul for the referendum was lower than the average in Turkey. Istanbul is the trendsetter for the rest of the country, which could be bad news for Erdogan.

For one thing, Kar explained, Muslims and members of several other religious orders have been languishing in prisons for years, put there by the Fethullah Gulen movement when it was still in the government's good graces. But even after the 2016 attempted coup, which is blamed on Gulen, those who were persecuted by the movement haven't been released. If these religious orders turn away from the AKP, it won't be limited to Istanbul, as they coordinate voting behavior all around Turkey.

Istanbul is the trendsetter for the rest of the country, which could be bad news for Erdogan.

“Since the July 15 coup attempt, still-devout Muslims are suffering in jails. The Gulen movement cannot still be the sole culprit," Kar said.

Also, Istanbul is the financial capital of Turkey. Almost all major businesses, both domestic and foreign, have their headquarters in the city. Revenues from tourism and hospitality-related industries have declined. Plus, Erdogan’s urban planning disasters are costing residents money.

Istanbul’s environmental degradation — to open the way for major projects such as the controversial third bridge — is a growing burden on the city's budget. For example, the fiasco of poor planning is not limited to cutting corners to avoid audits to construct the bridge, but also the failure to calculate revenues. The toll for the bridge is so high that drivers are seeking alternative travel methods. Truck and bus drivers are fined for using other bridges, but many say it's significantly cheaper to pay the fines than the tolls.

Another major concern is the city’s lack of preparedness for natural disasters. Earthquakes remain the biggest fear, as even the locations designated to assemble survivors after a quake have been decimated in the past decade to enable lucrative businesses to emerge. The city’s infrastructure failed utterly during a 20-minute July hail storm accompanied by heavy rains and high winds that caused flooding and other damage estimated at as much as 1.2 billion Turkish liras (about $380 million). Istanbul residents were once more reminded that losing green areas of the city has immediate and dangerous consequences on their daily lives.

And that probably is the most crucial message opposition parties need to hear. A senior professor of urban planning and economics who asked to remain anonymous told Al-Monitor, “Istanbul’s city planning disasters can no longer be hidden behind the facade of glamorous promotional displays. The city is overcrowded, pollution and cement have replaced the local fauna and flora, and basic services are lacking. Residents suffer these difficulties on a daily basis."

In addition, the professor continued, "Youth unemployment and skyrocketing credit card debt due to reckless lending encouraged by the government is felt by a majority of Istanbul residents. For 2019, there will be more young voters who are almost immune to pro-AKP media, which should be the real nightmare for Erdogan.”

There are expected to be 2 million first-time voters in the 2019 elections.

Erdogan has failed to keep his promises to Istanbul’s most desperate. For example, when Erdogan was campaigning in 1993 to become Istanbul's mayor, he went to brothels, promising to save the "fallen women" from their miserable lives. He told reporters he would like to transform the brothel district into an electric and electronic hub. The brothels are decimated in the area today, but the district never took off as the Silicon Valley of Turkey. Rather, we see street prostitution, and that has expanded into other areas. Several of Erdogan’s promises on the local level have proven rather counterproductive, yet these people have no plausible alternative to Erdogan.

In the midst of all the difficulty lies an opportunity for the opposition. Erdogan’s passion and fear of losing Istanbul should be telling for the opposition groups, which have a chance to claim the powerful position of mayor. If the opposition can deliver some relief to Istanbul, prove itself effective in governance and rally first-time voters to the polls in March 2019, it could have a chance to directly challenge Erdogan for the presidency in November 2019. Indeed, this might be the only possible peaceful method to keep Turkey from quickly slithering into tyranny.