Turkish officials have yet to decide the future of three Russians — including a toddler — who were intercepted as they were allegedly traveling to Syria to join the Islamic State. 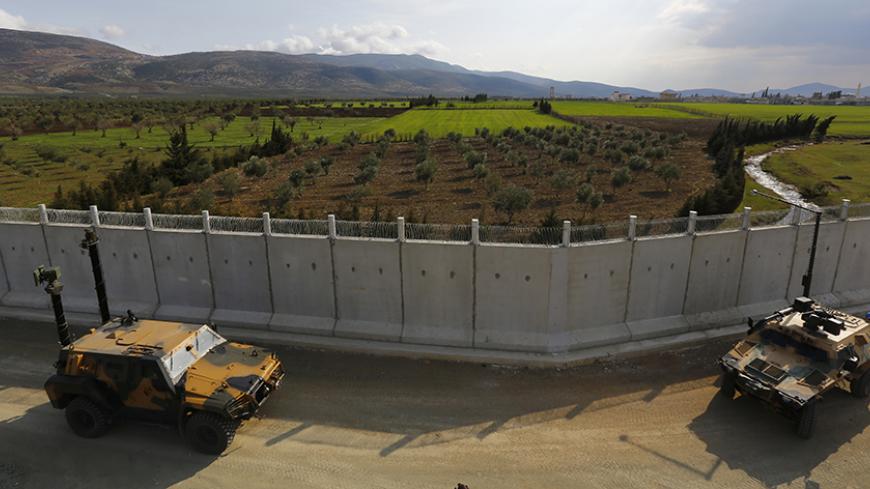 Armored military vehicles monitor the Syrian side of the border, near the southeastern city of Kilis, Turkey, March 2, 2017. - REUTERS/Murad Sezer

Turkish authorities are trying to determine how to handle the case of a Russian couple detained at the Turkish border with Syria as they were allegedly on their way to join the Islamic State (IS) with two young children in tow.

Svetlana Ukhanova, 24, Yevgeny Kochaari, 27, and two children were trying to get to Syria using forged documents, according to Tass, the Russian government’s news agency. Ukhanova is the mother of both children. Her 6-year-old daughter, Lisa, is from her first marriage; 18-month-old Amina is Kochaari’s daughter. It is unclear whether Kochaari and Ukhanova are legally married.

When the group left for Turkey in mid-June, Ukhanova told relatives she would visit friends and return by the end of the month. The relatives became concerned soon after because they couldn’t reach her. When she did contact them, they told the media, she asked that they not look for her or raise a fuss.

On July 12, the group was detained in Turkey’s Hatay province on the Syrian border. Sergey Ukhanov, Svetlana’s ex-husband and the father of 6-year-old Lisa, immediately went to Turkey, where he was allowed to meet with his daughter in the deportation center — but Turkish authorities initially wouldn’t let him take Lisa back to Russia. After a number of unsuccessful attempts to take his daughter home, he made a video asking Ramzan Kadyrov, head of the Chechen Republic, to help him with the cause.

“In the video, I told him that he should understand me because he is also a father,” he explained to Russian media.

Almost immediately, Kadyrov promised to take all necessary measures to retrieve Lisa. On July 26, the girl returned to Russia with her father, safe and sound.

Amina, however, has not been so lucky. At press time, she apparently was still in the deportation center in Antakya with her parents. The Russian Embassy’s press attache, Irina Kasimova, said the Russian consular staff has met with local officials and the detainees to discuss their fate, Tass reported.

It’s unlikely that the 18-month-old will be allowed to return to Russia, Tatyana Zagorodnyaya, Russia's ombudsman for children’s rights in the Saratov region, said during a July 28 news conference. According to Zagorodnyaya, the situation is complicated because both of the girl’s legal representatives have been detained.

Turkey accuses the couple of having IS links. Relatives also admit the family was probably headed to Syria to join jihadists. According to Sergey Ukhanov, Lisa’s father, the reason he and Svetlana divorced was her growing interest in Islam. The woman converted to Islam four years ago, and she and Kochaari have been living under Sharia law.

Valery Ukhanov, Lisa’s grandfather and the woman’s former father-in-law, told RT news Lisa wasn’t allowed to attend school or communicate with other children, and there was no computer or TV in the home. He recalled that the couple had pictures of armed militants on their social media profiles.

Unfortunately, the family’s story isn’t unique. Many Russians use Turkish territory to get into Syria to join terror groups. Two years ago, Russian society was struck by the story of Varvara Karaulova, a 19-year-old student from Moscow. She was detained in Turkey in June 2015 when she and other foreigners tried to enter Syria allegedly to join IS ranks. Karaulova was deported to Russia, where she changed her name to Alexandra Ivanova and soon was captured making another attempt to enter Syria. Moscow District Military Court found her guilty of attempting to join IS and in 2016 sentenced her to 4½ years in a penal colony.

On July 22, at least 26 foreigners, including 16 women, were taken into custody in Mosul by Iraqi forces. According to Iraqi officials who spoke with the Associated Press off the record, the women allegedly worked for the IS police and their husbands were IS fighters. Most of them were from Russia; others were from Germany, France and Belgium.

According to Turkey’s Ministry of Internal Affairs, Russia ranks No. 3 among countries whose citizens have links with terror groups such as IS and travel to Turkey. Saudi Arabia and Tunisia were Nos. 1 and 2, respectively. Since 2011, Turkey has deported around 800 Russian citizens who allegedly tried to get to Syria via Turkish territory to join terror groups. More than 4,100 Russians were refused the right to enter Turkey and were blacklisted by Turkish authorities during that period.