With new shows and stars taking the stage, Egyptian theater is taking on a new life. 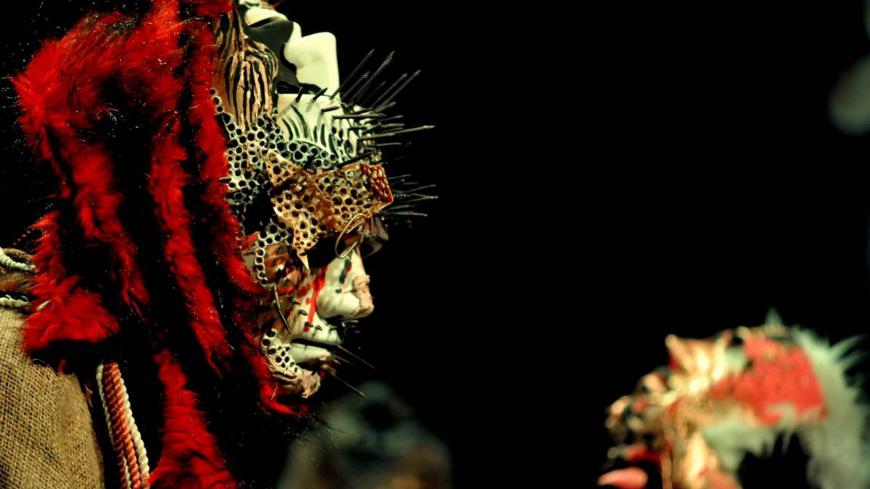 CAIRO — The month of August in Egypt was busy with theatrical performances at state theaters, many of which had been dark for years. A burst of activity by the Theatre House, which oversees stage productions for the Ministry of Culture, signals a renewed effort to restore the local and regional prestige of Egyptian theater.

During the first week in August, a dozen new comedies, tragedies and productions exploring social issues premiered, along with several plays for children. The most sought-after ticket has been for “Layla min Alf Layla” (A Night Out of 1,000 Nights), starring the television and theater performer Yehia el-Fakharany. The play has been running at the National Theater in Cairo since 2015. Many critics argue that “Layla min Alf Layla” is the play that got Egyptian audiences back in theater seats after some five or six years of declining attendance.

After a golden era, around 2009-2010 Egyptian theater experienced a dormant period due to a lack of good scripts and the lure of better money in cinema. In the early 2010s, major actors, among them Fakharany, Adel Imam and Mohammad Sobhi, did not appear on stage. "Bodyguard," a play starring Imam, closed in 2010, after a 12-year run. After that, Imam took his talents to television. Even earlier, in 2009, “King Lear,” in which Fakharany starred, closed. Sobhi retired from the stage in 2004.

Mohammad Fayez Jad, an art critic and journalist for Al-Ahram, told Al-Monitor, “‘Layla min Alf Layla’ rekindled the old flame under theatergoers, after years of alienation by audiences. The key to attracting an audience is to create interesting content. ‘Layla min Alf Layla’ allowed its stars, Fakharany and Loutfi Labib, to perform well. The play has Egyptian poetry by Bayram al-Tunisi and songs by two much-loved artists, Hiba Magdi and Mohamed Mohsen.”

In December 2016, cinema and television producer Mohammad Ramadan produced and starred in his first play, “Ahlan Ramadan” (Welcome Ramadan), at Al-Haram Theater in Cairo. It was a hit.

For the art critic Nader Adli, part of the reason for the theater's revival is that actors who had acquired fame in cinema and TV decided to move to the stage. He cited Ramadan as an example.

“He capitalized on his television and cinematic fame and tried to transfer it to the theater world,” Adli noted. “He achieved success in light comedy and was praised for the good performance of all the actors, shows and songs.”

Adli added that “Layla min Alf Layla” and “Ahlan Ramadan” were successful because they had good scripts and featured well-known stars in Fakharany and Ramadan. Others plays, he said, have succeeded through good marketing, as is the case of “Masrah Maser” (Theater Misr), a play starring Ashraf Abdul Baqi.

“Theater Misr” is a weekly comedic theatrical production consisting of two short acts. Initially, in 2013, Baqi hosted the show, then called “Teatro Misr,” which highlighted several young stars. In 2015, the name was changed to “Theater Misr.”

The art critic Abdel Ghani Daoud told Al-Monitor that “‘Theater Misr’” succeeded thanks to marketing. Independent and amateur theater, just like university productions, use social media to attract an audience, especially since followers of social media are most likely to attend [shared] plays if they are put on at reasonable prices.”

This reawakening of Egyptian theater will not be a duplication of its heyday. The stars of yesteryear are long gone. Today's theatergoers want good plots, memorable performances and catchy songs. New plays, if marketed well, can run for several seasons. Their success, in turn, will bring fresh breath to Egyptian theater.