A vicious debate in the Knesset over the nationality bill guarantees further turbulence into the fall. 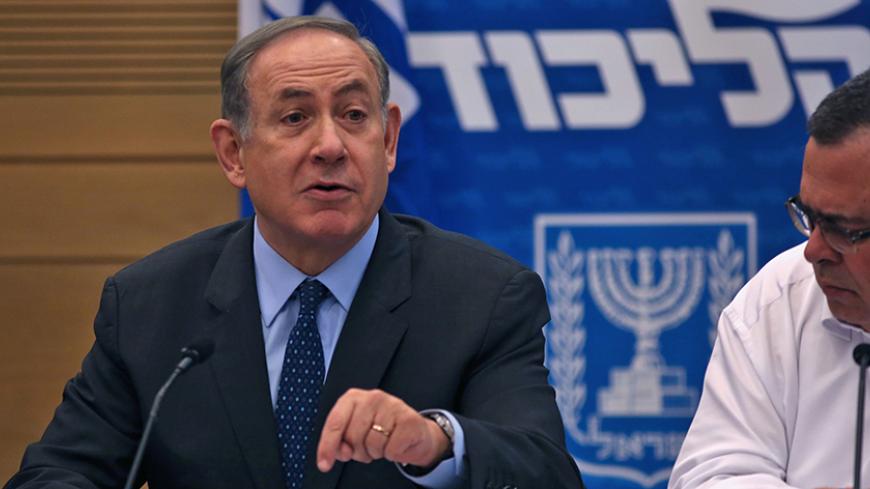 “This is a celebratory and important moment,” declared Tourism Minister Yariv Levin of the Likud Party July 26 at the first debate in preparation for the first reading of the controversial nationality bill. Justice Minister Ayelet Shaked of HaBayit HaYehudi added her own dose of pomposity when she pronounced the proposed law “historic” and proclaimed, “It will remain with us for eternity.” The debate itself, however, held in the spacious Negev Hall of the Knesset, was far from celebratory. It was the last day of the Knesset’s summer session, and emotions were running hot — around the conference table and not far from there at the Temple Mount compound.

The charged debate, which included fierce conflicts between Arab Knesset members and their colleagues on the right, succinctly reflected the violent anti-Israel atmosphere on the Arab street, in the West Bank and Gaza and around the Muslim world since the murder of two Border Police officers on the Temple Mount July 14 and the ensuing installation of metal detectors (since removed) at the entrance to the compound.

It seems there could not have been a more appropriate debate to end the Knesset’s 2017 summer session, which will be recalled primarily for the advancement of anti-democratic, nationalist and divisive legislative initiatives put forward by the governing coalition at the direction of Prime Minister Benjamin Netanyahu. The Nationality Law, approved in May by the Ministerial Committee for Legislation, was the cherry on top for Netanyahu’s right-wing coalition. Netanyahu sought to pass it on the first reading (out of the three obligatory readings) at the session that ended yesterday, but encountered an obstacle in the Knesset’s legal adviser, Eyal Yinon, who determined that significant legislation cannot be rushed.

The current version of the law was advanced by Avi Dichter, the chairman of the Foreign Affairs and Security Committee. It is meant to anchor in law the Jewish character of the State of Israel. Its opponents argue that such a move would come at the expense of the democratic values of the state and its treatment of minorities, foremost among them the Arab minority.

One of the main arguments against the proposed law is that it contradicts Israel's declaration of independence, the 1948 founding document of Jewish sovereignty in the Land of Israel, which enshrines the value of equality as the highest goal while establishing Israel as the nation-state of the Jewish people. According to former Justice Minister Tzipi Livni of the Zionist Camp, the legislation is a “death certificate for the declaration of independence.” Isaac Herzog, chairman of the opposition, expressed his disagreement with the government, stating, “You are lighting a fire here that will tear the state to pieces.”

Netanyahu had planned to attend the debate, held by a special committee established at his instruction, but announced at the last minute that he would not be able to attend because of “security discussions.” It was supposed to have been an important moment in the prime minister's national pride campaign, on which he intends to run in the next election. The legislation is popular among right-wing voters and could help him in competing against Naftali Bennett, the chairman of HaBayit HaYehudi.

Things almost spun out of control in the debate hall, with more than the usual number of Knesset members being ejected from the debate. Levin conveyed a message in Netanyahu’s name: “There’s a very big test here, that’s also personal, for every single Knesset member, especially for the [newly] elected chairman of the Labor Party, Avi Gabbay, and the chairman of Yesh Atid, Yair Lapid. You will be tested here on deeds and not words.” This bit of intentional manipulation was meant to portray the center-left parties, Yesh Atid and the Zionist Camp (of which Labor is the main partner), as in line with the predominantly Arab Joint List. It further inflamed the discussion.

Joint List Chair Ayman Odeh responded angrily, “No racist law can rewrite history and facts. We are sons of this homeland and have no other home. No apartheid law could erase the fact that there are two people here. Only a crazy state acts like this.”

That was not the end of the events that raged that day at the Knesset. In the afternoon, Bennett addressed the plenum, hurling harsh accusations at Arab Knesset members, accusing, “You know that the Temple Mount is open, blood spilled, and you are silent. You prefer to rub your hands in glee and look on from the sidelines. … Where is your leadership? … You are party to a blood libel against Israel.” Ahmad Tibi of the Joint List of predominantly Arab parties responded, “Every time there’s a crisis, there’s a competition between Bennett and Netanyahu that causes blood to be spilled.”

Netanyahu missed this debate as well, but participated in the vicious discourse from his office, speaking to his associates and sending messages to his entourage. All this was in order to lessen the public relations damage he suffered after caving on the Temple Mount crisis in the face of pressure from the Arab world, deciding to dismantle the metal detectors. Instead of acting like the adult in the room and calming tempers, the prime minister announced that he would promote the “Greater Jerusalem” Law introduced by Transportation Minister Israel Katz. According to the bill, the municipal boundaries of the city will be expanded to annex several adjoining local authorities to alter its demographic balance and add Jewish residents.

A few hours later in a Facebook post, Netanyahu attacked Al Jazeera, which according to him, “doesn’t stop inciting violence around the Temple Mount.” He said that he had spoken with law enforcement officials several times, asking them to shut down the network’s bureau in Jerusalem, and threatened, “If this doesn’t happen because of legal interpretations, I’ll work to legislate the necessary laws in order to expel Al Jazeera from Israel.” It may be that we are witnessing the birth of another piece of legislation that will only add fuel to the fire of the ongoing conflict in advance of the Knesset's winter session, which opens in October.