How Sisi uses art to promote his ideas

It appears that Egyptian President Abdel Fattah al-Sisi is using art and artists to gain popular support for the government's decisions. 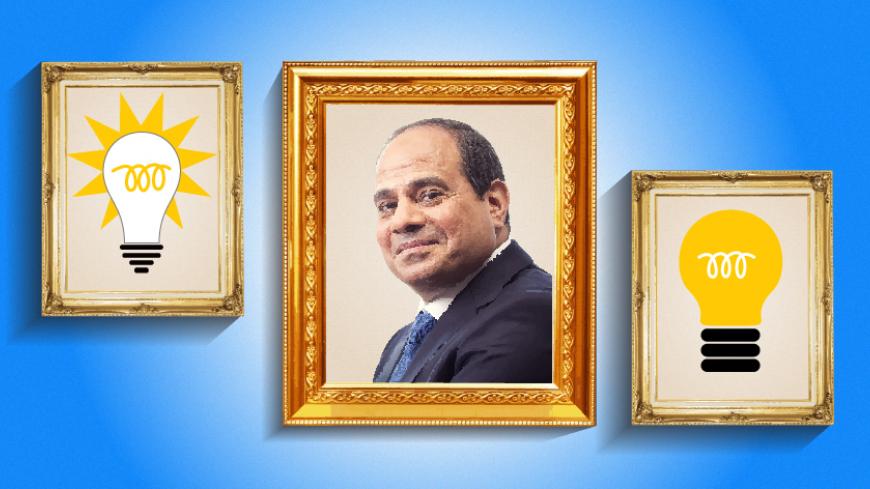 Egyptian President Abdel Fattah al-Sisi is taking a lesson from at least one of the country’s past presidents to capitalize on the popularity of artists and performers to boost his own standing.

Gamal Abdel Nasser, president from 1956 until his death in 1970, often used art as a means to convey political messages and decisions to citizens, raise their morale and entrench their sense of belonging to the state.

In 1955, when Nasser led Egypt's Revolutionary Command Council and wanted to increase the Egyptian army’s popularity, he asked comedian Ismail Yasseen to work on a series of comedy films about the army.

Several singers also collaborated with Nasser's government. In 1956, Umm Kulthum sang “Ya Gamal Ya Mithal Al Wataniah” ("Gamal, You Are an Example of Patriotism").

In addition, national projects were promoted through songs. Egyptian singer Abdel Halim Hafez sang "Hekayat Shaab" (“Story of the People”), a song about the completion of the High Dam in Aswan in 1960. Nasser also used art to justify failures such as the defeat of Egypt in its war against Israel in 1967. At the time, Hafez sang “Aadda al-Nahar” ("A New Day Has Come").

Following in the footsteps of Nasser, Sisi has developed a good relationship with art and artists. Since Sisi came to power in 2014, numerous political works of art that include songs, films and TV commercials have been presented by well-known artists and singers.

Several songs have been produced to raise the morale of the Egyptian army, including the song “Bookra Ahla” ("Tomorrow Will be a Better Day") by Mohamed El Helou and Nadia Mostafa and the “Bladi” ("My Country") operetta by Ahmed Gamal, Mohamed Shahin and Carmen Suleiman on the occasion of the opening of the New Suez Canal on Aug. 6, 2015.

On the fourth anniversary of the June 30 Revolution this year, several satellite channels broadcast the “1095 Days” documentary, which features several artists, including Medhat al-Adel, Mohammed Ramadan and novelist Yusuf al-Qaid, who spoke about Sisi’s achievements.

In June, the DMC network produced the film “Horras al-Watan” ("Homeland Guards") about the Egyptian Thunderbolt Forces with the participation of actor Mohammed Ramadan, who is currently serving in the army.

Several satellite channels broadcast TV productions promoting government decisions, including a series of ads that explain the value added tax law with the participation of comedian Hamdi al-Maragani, as well as a series of ads about citizens' rights to education and information featuring comedian Ahmad Fahmi. These ads offer a simplified explanation of the regime’s achievements.

Also in June, actress and film producer Essad Youniss participated in a series of ads produced by the Administrative Control Authority titled “You Are Your Own Mirror.” The campaign was aimed at raising awareness of the need to eliminate corruption.

Sisi’s interest in art and artists emerged before he took office. On May 19, 2014, he met with a large group of artists as part of his presidential election campaign and called on the artists to play a role in mobilizing citizens and encouraging them to vote.

“Under Nasser, art played an influential role in all of the state’s decisions. Nasser was in contact with great artists such as Umm Kulthum, and he rejected the calls for Umm Kulthum’s retirement following the ouster of King Farouk during the July 23 Revolution in 1952 — calls that emerged given that she had sung for the king. Nasser’s refusal further consolidated the relationship between him and Umm Kulthum, who sang a number of songs bearing his name,” Shennawi said.

He said, “The current period is witnessing a number of works of art conveying political messages connected to the state, but only a few have become successful due to a lack of creativity. Art always fails when it follows the directives of the state; art should be based on a creator’s whims.”

Shennawi added, “An artist’s participation in productions that convey political messages does not affect their professional work as long as the artists are convinced of the messages conveyed. But when an artist accepts to be used as a tool — especially when there is no compatibility in goals and when they are only doing the job to please their ruler — they lose their artistic impact, resulting in a poor piece of art that fails to please the audience."

Art critic Magda Moris told Al-Monitor, “The state under Nasser managed to use art and achieve tangible results on the ground because of the limited number of media outlets available at the time. Egyptian TV only had two channels and radio was the most important media outlet. Therefore the influence [of such works of art] was strong. Under Sisi, however, there are a large number of satellite channels and viewers can choose to ignore any work of art that has political objectives or purposes.”

She added, “Artists also have the right to express their political opinion in a work of art without it being aimed at betraying the ruling regime. For example, Ramadan took advantage of his recruitment into the Egyptian army and created a work of art about the life of the Thunderbolt Forces and his experience therein." 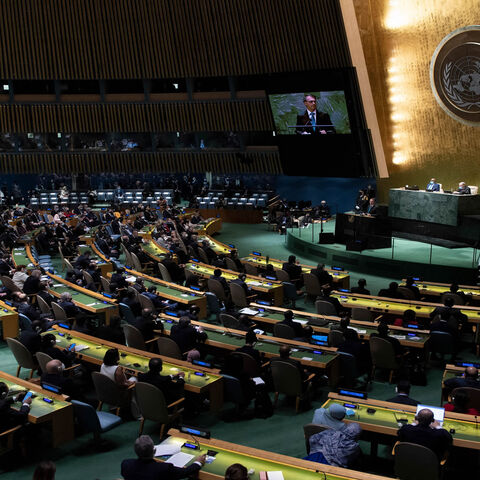 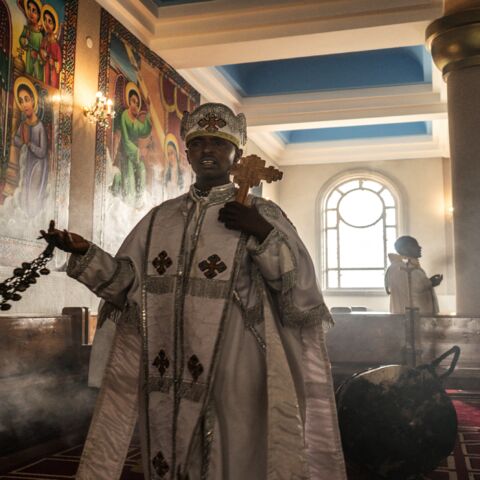