Ankara’s pressure on banks to lower interest rates has taken a menacing tone, but few seem to acknowledge the government’s own role in the increase of the rates. 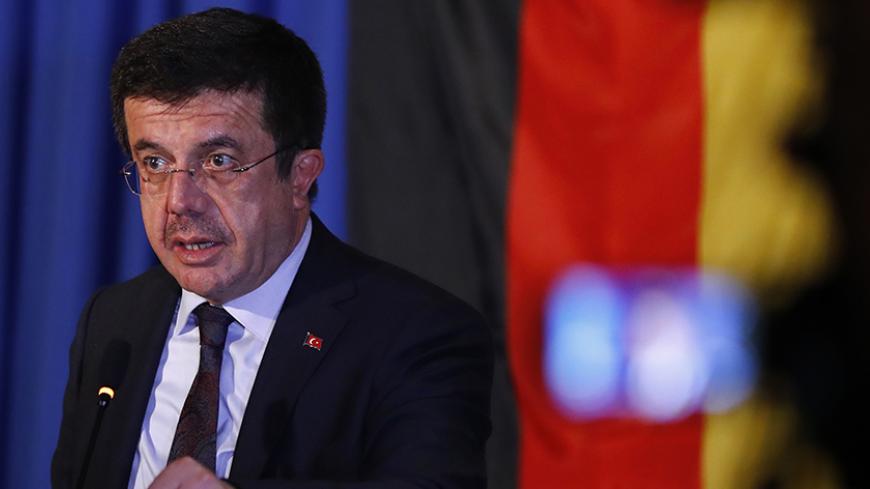 Coming back from the brink of crisis in the fall of 2016, the Turkish economy has regained its growth momentum thanks to global funds returning to emerging economies — the result of the United States’ failure to follow through with promised reforms — as well as supportive measures by the Turkish government, including tax reductions and the encouragement of loans. The rebound, however, has come at a price. Inflation has climbed to double-digit figures, with interest rates on bank deposits and loans following suit.

As a result of government moves to avert the crisis, the budget deficit widened, stoking the need for borrowing. The Treasury became a major borrower on the financial market, pushing up interest rates further. The government is now pressing banks to reduce interest rates, having forgotten its own role in the Treasury’s borrowing demand and the double-digit inflation.

During a June 21 gathering at the Istanbul Chamber of Industry (ISO), entrepreneurs complained about the industrial sector’s heavy indebtedness and especially the high interest rates on loans. The financial profile of Turkey’s 500 largest industrial enterprises today is the worst in the past decade, with about 62% of company resources secured through borrowing.

Stressing that the industrial sector was heavily indebted in dollars, ISO President Erdal Bahcivan called for a new-generation of development banking to allow the sector to borrow long term and in Turkish liras. “The interest rates on loans, ranging between 16% and 20%, are a major obstacle for production and economic development,” he said.

Speaking at the same gathering, Prime Minister Binali Yildirim sided with the industrialists and lashed out at the banks, warning that the government had “instruments” to intervene if they failed to lower the rates.

So the banks have become the whipping boys again. But how did the rates reach their current levels?

To grab a bigger slice from the deposit cake, banks have offered yields as high as 15% in recent months, which, in turn, has pushed loan rates to 20%. As consumer loans became more expensive, the demand in the housing sector inevitably fell. For the ruling Justice and Development Party, the architect of Turkey’s construction-centered growth, this is an intolerable setback.

Yet the government forgets or tends to ignore the fact that the high rates the banks offer on deposits are an inevitable outcome of inflation, which stands at 12% in consumer prices and 15% in producer prices. Moreover, banks were virtually forced to open up the lending taps earlier this year as the government sponsored loans for the ailing economy via the Credit Guarantee Fund. The banks have struggled to replace those funds through deposits, hence the high yields they have come to offer.

Despite the loud grumbling on interest rates, no speaker at the ISO gathering mentioned the double-digit inflation or the Treasury’s role in pushing interest rates up. Similarly, no one stressed the need to improve the capital markets, along with the banking system. Even more important, no one cared to point out that interest rates are bound to remain in double-digit figures unless inflation is pulled down to single digits.

The task of reducing inflation requires a series of steps — from measures to push back the price of the dollar to interventions in the food sector, where prices have notably soared. The greenback’s rally against the Turkish lira in the last three months of 2016 and early 2017 had pushed up industrial costs and, therefore, the prices of products. In the food sector, supply shortages led to speculative price hikes, further stoking inflation. Hence the crucial question here is, “How can interest rates decrease without inflation falling to single digits?”

“The train is moving, and I’m making the last call. Either you act decently and adopt a reasonable interest rate, or we’ll take measures,” Yildirim told the banks at the ISO gathering. “Bankers should not take this as a threat, [but] we have instruments at our disposal,” he added. Issuing such warnings may be easy for the prime minister, but one has to remember how the banks ended up competing to offer higher rates.

Similarly, while bragging about Turkey’s extravagant 5% growth in the first quarter, one needs to recall how it was secured. To prop up struggling sectors and animate the economy, the government enacted a series of measures, including the postponement of social security premium payments, tax reductions and incentives for new employments. The economy eventually gained a growth momentum, but on the other side of the coin, there is the reality of lavish lending, which is at the core of the grumbles today, the budget deficit that the measures created and the resulting increase in interest rates.

The government, one would recall, used all public policies at its disposal to increase the volume of lending, providing state guarantees for loans and encouraging banks to go ahead. As of June 16, the amount of loans had increased by about 161 billion Turkish liras ($45.8 billion), or 14.5%, since the beginning of the year. Bank deposits, meanwhile, increased only by 37 billion liras, or 4.4%, in the same period.

After the lending spree, there came the problem of covering for the loans. Banks scrambled to attract money by raising interest rates on deposits, and, naturally, the higher yields they paid resulted in higher interest rates on the loans they issued. Yet even this has failed to bridge the gap. The government is considering a solution involving the Central Bank, but the details of the plan remain unclear.

The actors drawing money from the financial system are not limited to bank clients. The Treasury is also in play, with public borrowing growing fast. Budget figures for the first half of the year speak of a serious deterioration. From January to May, the budget deficit stood at 11.5 billion liras, a far cry from the 9 billion lira surplus in the same period last year. Financing the deficit means more borrowing by the Treasury.

The average interest rate in the first half of the year reached 11%, influenced heavily by the Treasury. The increasing interest rates on Turkey’s sovereign bonds come in sharp contrast to the horizontal global trend.

In sum, the banking system’s loans for more than 250,000 small- and medium-scale enterprises increased by 160 billion liras, while the Treasury alone drew 62 billion liras from the financial system, a 45% increase from last year, with interest rates of no less than 11%.

The Treasury’s domestic borrowing-debt repayment ratio has been clearly growing since 2014, which means that it has been drawing more money from the financial system at the expense of banks.

The impact of Treasury borrowing on loan and deposit rates will continue in the second half of the year, too; hence the battle on interest rates is likely to be a protracted one.