Turkey, Iran and Russia sign an agreement to establish safe zones in Syria, but the United States voices its concerns. 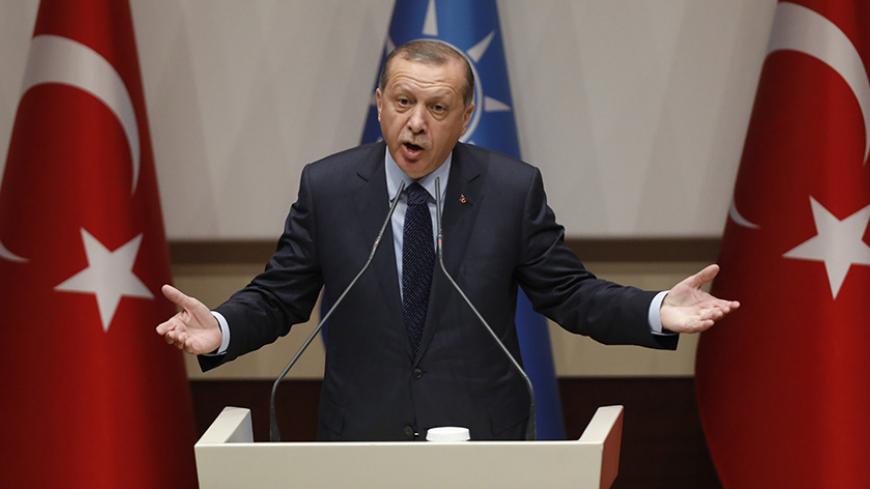 The fourth round of cease-fire talks to resolve the six-year Syrian civil war took place in Astana, Kazakhstan, on May 3-4. Kazakh Foreign Minister Kairat Abdrakhmanov announced that Turkey, Iran and Russia had signed a memorandum to establish safe zones in Syria. However, the Syrian opposition groups opposed to Iran’s guarantor role in this process said they could not accept this memorandum, as the safe zone plans threaten the territorial integrity of Syria. Washington also said it has concerns about the memorandum.

According to an official statement from the Turkish Foreign Ministry, there would be safe zones in “Idlib province and certain parts of Latakia, Aleppo and Hama provinces; certain parts of Homs province; Eastern Ghouta/Damascus; and certain parts of Daraa and Quneitra provinces.” The agreement is aimed at ceasing the use of any kind of weapon, including aerial assets, and at ensuring urgent and unhindered humanitarian access in safe zones.

A senior Turkish foreign affairs official who spoke on condition of anonymity told Al-Monitor: “We know that both Washington and Ankara are concerned that Iran and Russia might not stop their attacks within the region. However, we should put aside such concerns and put intense pressure on Russia and Iran to stop their attacks.”

This memorandum came into effect May 5 while Ankara was carrying out intense phone diplomacy with Tehran, Moscow and Washington regarding the details of the memorandum. Russia’s statement that the safe zones will also be be no-flight zones, banning US aircraft, escalated tension between Russia and the United States and raised questions about the fate of the agreement.

Another senior Turkish foreign affairs official said, “We are preparing for the Erdogan-Trump meeting on May 16 and working on these questions as well. We want to tackle the global perception that there may be a 'war' between Russia and the United States. If both Russia and the United States want an end to the Syrian civil war, we all have to cooperate with each other.”

Will this memorandum, which seeks to establish safe zones in Syria that the United States is wary about, escalate tensions in US-Turkey relations? Taha Ozhan, chairman of the foreign affairs committee of the Turkish parliament, told Al-Monitor: “It is not appropriate for the US to criticize and have concerns about this memorandum. If the US had developed a solid policy for Syria in the first place, we would not have experienced the problems that we have now. As Russia, the US and [Syrian President Bashar al-] Assad never took timely actions, we have these problems now.”

He added, “This is the reason why IS [the Islamic State] has gained strength and there is a humanitarian crisis in the region. There is a severe crisis in the Middle East and Syria. If this problem is perceived as if it is related only to IS, as the US often does, we cannot achieve a solution for the problems in Syria. The global coalition [to counter IS] is either powerless or it did not take appropriate actions. Such moves that cause delays in providing solutions to the problems in Syria are politically motivated. By establishing safe zones, we will be one step closer to tackling refugee problems and can provide border security. We expect the US to make more efforts to prevent massacres in Syria. US discontent regarding Iran’s role in this process is also politically motivated. All of this will be discussed with the US in future. We need to put aside such politically motivated actions, and do what is necessary.”

Oytun Orhan, a Syria expert at the Center for Middle Eastern Strategic Studies, told Al-Monitor, “This memorandum seeking to establish safe zones in Syria will not be a tension-escalating issue in US-Turkey relations but is a signal of a new phase in the region.” Orhan added: “Trump also wanted safe zones to be established in Syria. If we look at the details of this memorandum, we can argue that Russia and Iran have given up on their plans regarding Idlib. This way, we can both prevent civilian deaths and easily establish a dialogue with the Syrian opposition groups. If Qatar and Saudi Arabia, which have been financing the Syrian opposition groups, are included in this process as well, we can see more positive developments."

Orhan said President Donald Trump’s inclination to exclude Iran from Syrian peace talks may cause problems and tension in US-Turkey relations. Orhan said, “Turkey can compel Iran to retreat with diplomatic pressure, and Russia can exercise power on the Syrian Baath regime. If the political crisis is resolved in this way, the Baath regime may also demand that Iran retreat from the region as well. However, at the end of the day, the US would not want Russia to expand its influence in the region, so a US-Russia conflict seems inevitable. This means that Turkey may be caught in diplomatic crossfire. Therefore, dialogue between Iran and Turkey is highly critical. The Erdogan-Trump meeting will be a signal for a new phase in Syria, which has greater importance than the memorandum."

Retired Ambassador Osman Koruturk told Al-Monitor, “Turkey did not get what it wants with this memorandum as well. Then why did Turkey state it welcomes this memorandum?” Koruturk said, “Turkey wanted just one safe zone to be established and settle refugees in it. With this memorandum, four safe zones are planned instead and there is no clear foresight regarding the future of these safe zones. It is meaningless for Turkey to be satisfied with such a deal. It is a must to consider and assess US concerns regarding the role of Iran in this process.”

He added, “By approaching this memorandum cautiously, the US signals that it does not see Turkey as a reliable partner. The reason for this is that Turkey’s entire Syrian policy has been a mess and unreliable from the very beginning of the Syrian crisis. The US will continue its cooperation with Turkey regarding the Syrian crisis to a certain extent, but it will not give up its own Syria strategy that is highly focused on eliminating IS from the region. The Trump-Erdogan meeting to be held May 16 will reveal the US expectations of Turkey with regard to Syria.”