The families of several Turkish police officers, rounded up as part of the crackdown on the Gulen community, have sought help from human rights activists in a rare example of willingness to speak out on torture allegations that have been rife since the coup attempt last year. 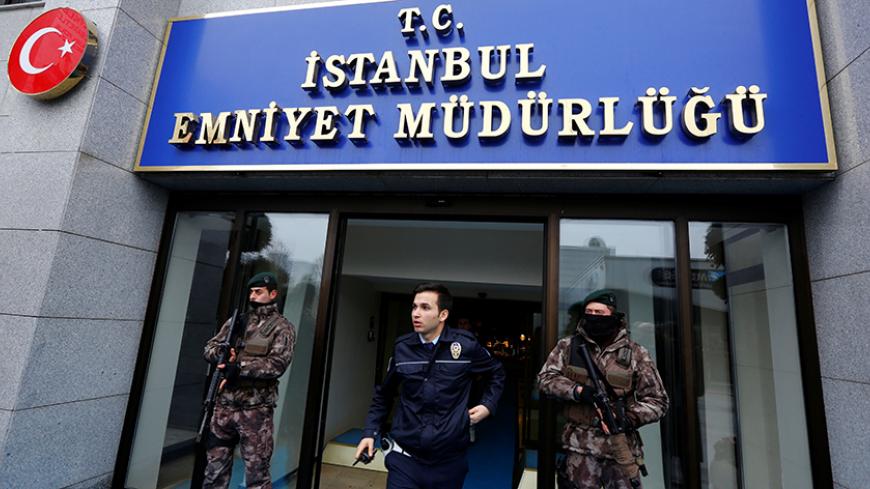 Exposing torture and helping victims seek justice has been a major field of activity for Turkey’s Human Rights Association (IHD) over the past three decades. The group has filed countless lawsuits, particularly against police officers in the country’s mainly Kurdish southeast. But one application the IHD received in late April was nothing like what it was accustomed to. The alleged victims of torture were police officers themselves. Families and lawyers reached out to the IHD through email and social media to convey the allegations.

On April 26, Turkey witnessed the largest single purge in the police since the failed coup attempt on July 15, 2016, which the government blames on US-based cleric Fethullah Gulen and his followers, who have been entrenched mostly in the police and the judiciary. Some 9,000 police officers were suspended from office, while more than a thousand people, including police, teachers and other public servants, were detained. The torture allegations relayed to the IHD pertained to this latest wave of the crackdown.

In an interview with Al-Monitor, IHD co-chair Ozturk Turkdogan detailed the claims of one of the police officers, which in fact reveal how an entire group of detainees had been allegedly maltreated. The claims figure also in the detainee’s interrogation report, meaning that the authorities are aware of the allegations. The police officer, who has requested anonymity, said that groups of 15 detainees were kept in 6-square-meter (64-square-feet) rooms in the police’s financial crimes unit rather than in the anti-terror department. Late at night, when most of the staff was gone, policemen would come and take the detainees one by one to a special room for interrogation, stripping them naked, hooding them with plastic bags and threatening sexual assault with bottles, according to the account. Two detainees who got sick kept vomiting for days, but were denied medical treatment, the officer claimed.

Commenting on the allegations, Turkdogan said, “Turkey had made significant progress in efforts to stamp out torture. As part of those efforts, anti-terror departments — where torture was rife — were equipped with cameras. Those people were taken to the financial crimes department because there were no cameras there.” He explained that the said group remained in police custody for a whole two weeks after the government extended detention periods via legislative decrees, made possible by the state of emergency declared after the coup attempt. “This is a long period that allows for the effacing of torture traces,” he said.

Allegations of torture have become widespread in Turkey amid the massive crackdown that followed the coup attempt. Only a few days after the putsch, the country’s official news agency disseminated images of detained soldiers with scarred and bruised faces. Government sources claimed the injuries were the result of scuffles during the coup attempt, but allegations of torture continued, both from police stations and prisons. Yet, in most cases, following up on those allegations with a view of taking legal action has been impossible since victims are reluctant to be identified and elaborate on what they endured.

According to Turkdogan, a large number of police officers and soldiers, arrested as part of the crackdown on Gulen followers, have been victims of torture. He offered the following explanation on why they shy away from speaking out: “Those people have become victims for the first time. They come from a section of the state that used force on behalf of the state. Many of them were the torturers in the previous cases. This, of course, does not justify the use of torture against them. The second reason is cultural. They belong to a conservative culture and have had religious education. They are reluctant to speak out because they believe that [their accounts of] torture will make them look degraded, humiliated and alienated in the eyes of society.”

For Turkdogan, the claims of police officers torturing colleagues reflect not only the worsening state of human rights in Turkey, but also the decay in the state apparatus. “The notion of police officers torturing each other after working side by side for years is terrible,” he said. “This shows how degenerated the state system in Turkey has become.”

According to the Justice Ministry’s latest data, 148,000 people have been detained since the coup attempt, and 48,000 sit behind bars pending trial. Judging by those figures, Turkdogan sees another big trauma in the making in an already distressed society. “Assuming that at least half of the 148,000 detainees were subjected to torture and maltreatment, and taking into account their families as well, the trauma on the [Gulen] community will be very big. Turkey will have to deal with this trauma as well,” Turkdogan said.

Despite the incessant nature of the torture allegations since the putsch, the Justice Ministry, prosecutors, the parliament’s Human Rights Commission and the Human Rights and Equality Institution remain mum on the issue. The silence of the bar associations is particularly chilling. What lies behind this silence is a widespread concern that defending the rights of the Gulen community might be perceived as support for the community itself. “Torture is a crime against humanity. Standing up against torture does not mean upholding one particular community, but upholding human dignity,” Turkdogan said.