For the first time after the demise of the founder of the Islamic Republic, the family of Ayatollah Ruhollah Khomeini has expressed support for a candidate in a presidential election. 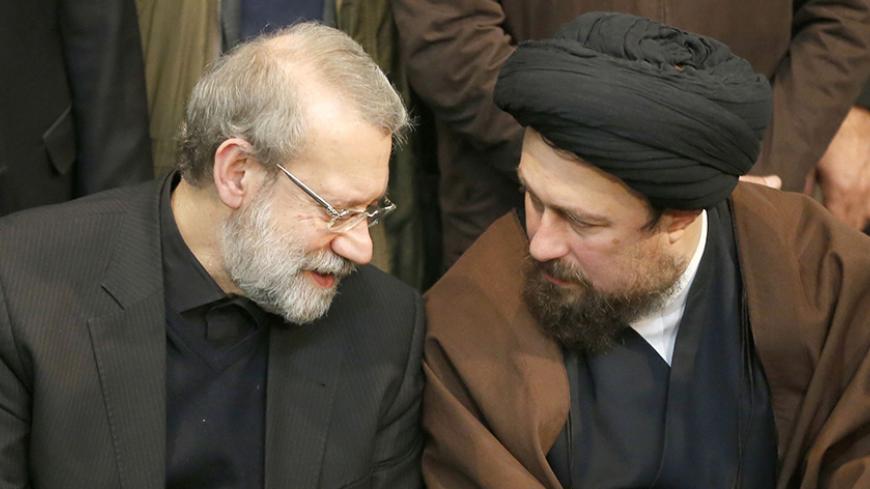 On May 16, the prominent grandson of Ayatollah Ruhollah Khomeini threw his weight behind President Hassan Rouhani's re-election bid.

Seyed Hassan Khomeini, the grandson of the founder of the Islamic Republic, announced his support for the moderate Rouhani, who is seeking a second term in the May 19 election. Such an endorsement is unprecedented for the Khomeini family.

Khomeini is increasingly popular among young people due to his moderate views on politics and Islam.

In a video message, Khomeini asked people to once again “trust” Rouhani, arguing that the moderate government has been successful in managing the economy.

It is also noteworthy that Khomeini registered to run in the Assembly of Experts election in February 2016, but was barred from running by the Guardian Council, which is tasked with vetting candidates.

On May 15, Seyed Mohammad Khatami, the former Reformist president (1997-2005) who is considered to be one of the most popular figures in Iran, released a video message urging people to cast their votes and support Rouhani.

Ali Akbar Nategh Nouri, a moderate conservative, also has stepped forward to back Rouhani publicly. On May 16, Nategh Nouri, who is currently the head of Supreme Leader Ayatollah Ali Khamenei’s Inspection Office, also called on people to vote for Rouhani and declared him to be the most fit among the presidential candidates.

These three prominent figures have effectively formed a trio in an attempt to fill the void left by Ayatollah Ali Akbar Hashemi Rafsanjani, a former president who died in January. Rafsanjani enjoyed great political influence and was the main supporter of Rouhani, who was considered to be his protege. The trio appears to be trying to persuade the so-called “gray voters” to cast their ballots. In the Iranian political lexicon, “gray voters” are those who usually don’t vote but swing votes whenever they do participate in elections — such as in 2013, when Rouhani was elected.

It should also be noted that neither Nategh Nouri nor Khomeini explicitly and publicly backed Rouhani when Rafsanjani was alive. As such, their decision to enter the fray will most likely help the incumbent among conservative and religious voters.

In another development, First Vice President and presidential candidate Eshagh Jahangiri said May 16 that his mission has ended and he is ready to withdraw in favor of Rouhani. “I ask you [the people] to help the president and the government through your effective presence [on the political stage] and participation in the elections,” Jahangiri said in a statement.

On the same day, Rouhani, who was on a campaign visit to the city of Ardebil in the northwest of Iran, thanked Jahangiri for his “sacrifice.” Rouhani said that his deputy had come forward as a candidate to expose the lies of the government’s conservative rivals.

Meanwhile, the supreme leader gave a speech about the presidential elections two days ahead of the May 19 vote. “Look at the countries of the region; where can you find a place where there is no insecurity? Among this insecure collection of countries, the Islamic Republic of Iran is busy preparing for elections in peace and security. We have only two days left until Election Day. All praise is due to God. This peaceful and calm environment is invaluable,” Khamenei said.