Due to the Kurdish region's policy of closing liquor shops during the fasting month of Ramadan, the prices of alcohol on the black market go up, raising the question, especially by Christians, why they have to be penalized by a secular government. 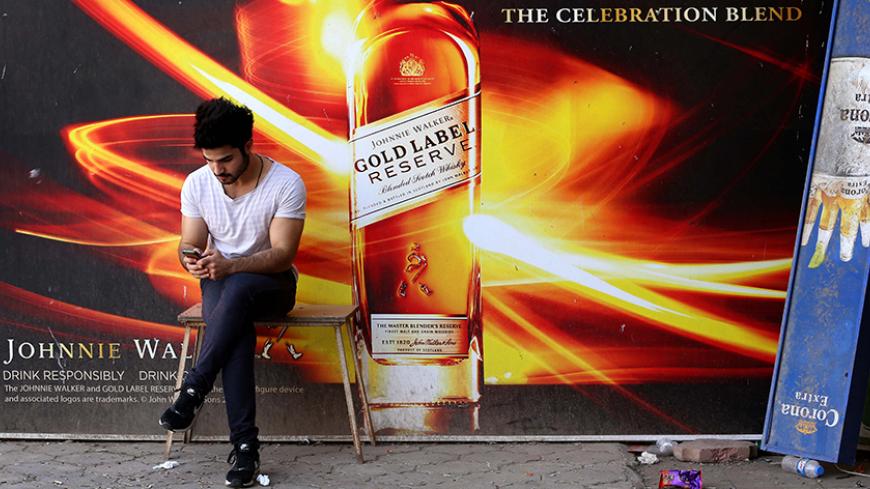 While Iraqi security forces were busy clearing the last pockets of Islamic State-controlled areas in Mosul and the wider public in Iraq was bracing for 30 days of fasting from dawn to dusk, 37-year-old police officer Abdullah had a more pressing issue at hand.

"Could I have three cases of Budweiser beer [72 cans] and two bottles of Araq," Abdullah asked the shop owner at Sarkarez neighborhood in the city of Sulaimaniyah on May 25, two days before fasting officially began. Like thousands of others, Abdullah was stocking up on booze because authorities in the Kurdish region force liquor shops to close during Ramadan, leaving many consumers with the options of either buying a large quantity of booze beforehand or trying to find their way around the black market that emerges as the fasting begins. "I buy the alcohol now because it is much easier; it is too much of a headache to beg black market dealers during the fasting to sell you alcohol."

Local authorities in the three provinces in the Kurdish region announced May 25 that all liquor stores would close for the duration of the fasting.

"If you are caught selling alcohol during Ramadan, they usually detain you until the day after the month ends and you are given somewhere between a 2 million to 4 million dinar fine ($1,700 to $3,400)," said Rebaz, a Yazidi shop owner in the Khatara market in Sulaimaniyah. "I remember the alcohol shops were open during Ramadan until 2009 and we only had to cover the front door with a curtain," said Hammo, another shop owner in Sarkarez. Asked why the authorities decided to close the liquor shops, Hammo (not his real name) said, "Do you want the truth? In my view, the main political parties are worried about populist sentiment and the power of religious preachers."

Since Kurdish rule was established in northern Iraq in 1992, liquor stores have been a target of extremists and populist preachers throughout the region. In the aftermath of the 2003 Iraq War, liquor stores came under attack in Baghdad, Mosul and rest of the country, as religious extremism gained momentum in the country. "In Saddam's era, no one dared to attack the alcohol shops," said Hammo, who worked in Mosul from 1987-2003 and sold alcohol and also worked as a chef.

The most disturbing incident occurred in Dahuk province in early December 2011 when a mob incited by Friday prayer preachers went on a rampage and torched scores of liquor stores owned by Christians and Yazidis as well as massage parlors and hotels. "Our own religious leaders are the ones calling for the closure of the alcohol shops in Ainkawa," said a young Christian assistant at a liquor store on Two Side Street in Ainkawa. "They want to respect Ramadan and live peacefully with the larger Muslim community."

Despite the populist and religious pressure, the Kurdistan Regional Government (KRG) rejected outright the call by the Iraqi parliament in October to ban the import, production and sale of alcoholic beverages. In fact, some of the wine, beer and spirit on the shelves in the liquor stores are produced in Erbil.

In the liquor market in Kurdistan, there appears to be a division of labor. The workforce in the booze market across Kurdistan region is almost exclusively Yazidi and Christian, and the overwhelming majority of consumers are Muslims. Many Muslim consumers believe that while drinking may be a sin, trading in alcohol is much worse in the eyes of Allah and the public; that is why most Muslims stay away from alcohol sales.

But while many are busy storing alcohol for Ramadan, other Muslim consumers stop drinking during the month as a sign of respect. "Ramadan has become like a tradition in my family, and I try to respect that tradition," Sham, a 28-year-old mother of one who started drinking when she was 18, told Al-Monitor. "I used to fast until a few years ago, and there were times that I would drink during Ramadan if there was a special occasion and then resume fasting the following day."

Other drinkers are much more strict. "I drink about a bottle of whiskey every day, but out of respect I stop during Ramadan even though I don't fast myself," said a disheveled man with broad shoulders as he purchased his last whiskey the evening of May 25 in Sulaimaniyah. "I even have friends who drink with me and then take a break to pray and then start drinking again."

But for many, the wisdom of the KRG's move in closing the liquor stores throughout the region is questionable. "We are not a religious state like Iran. Those who want to fast, let them fast. And those who want to drink, let them drink," said Amanj, a 35-year-old accountant. "I am not anti-religion and I respect people who fast, but why should I be penalized?" But officials say they must strike a balance to keep the peace, given they live in a region where the Iraqi parliament voted for a ban of alcohol altogether.

A thriving black market emerges across the Kurdish region with the closure of the shops, and dealers can sell anything to desperate consumers, sometimes in the back of their pickups, away from the watchful eyes of authorities. "Many people use Ramadan to abuse the system and increase the prices of alcohol two or even threefold," says Rahim, 33, who is a heavy drinker but stops during Ramadan and fasts for the whole month. "I think the governors need to designate a few places where people can go and drink and the authorities can regulate it. Right now the blanket ban serves as a public hazard because those who drink do it secretly and then often sneak into their cars and drive home afterward."

"We allow the bars and clubs to have limited closed areas to the public so long as they don't do something that causes others, such as clerics, to speak out," says Goran Qader, head of the joint committee in Sulaimaniyah province responsible for regulating the market, including the alcohol sector. "We want to keep a balance between those who fast during Ramadan and those who don't for whatever reason."

But the financial crisis that has engulfed the Kurdish region means that most people cannot afford to drink in bars and clubs. Abdullah, whose salary has been cut by 40% due to the financial crisis, smiled as he collected his three cases of beer from Hammo, the shop owner. "This year business was not good, but still many people bought alcohol for Ramadan," said Hammo. "I'll go back to my family in Shikhan tomorrow and come back in a month's time when Ramadan is over."