Polls put Rouhani in lead with one week to go

Two new polls show incumbent Hassan Rouhani ahead of his five opponents with less than a week to go until first-round voting in Iran's presidential elections. 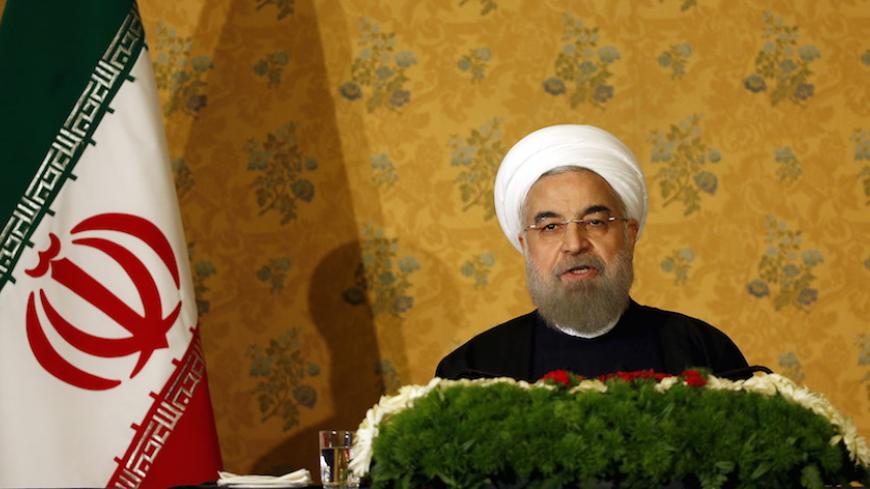 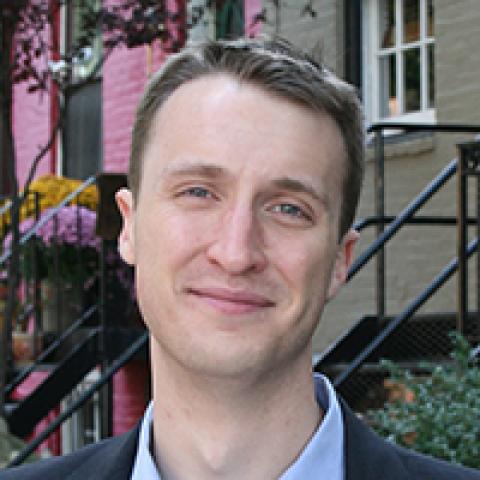 Incumbent Hassan Rouhani maintains his lead in the run-up to Iran's May 19 presidential election. Two new election surveys show him ahead, going into the third and final nationally televised debate and with less than a week to go before the vote.

A telephone survey conducted May 7-8 by the Iranian Students Polling Agency (ISPA) had Rouhani at 42% of the vote, cleric Ebrahim Raisi at 27%, Tehran Mayor Mohammad Bagher Ghalibaf at 25%, First Vice President Eshaq Jahangiri at 3%, former Culture Minister Mostafa Mirsalim at 3%, and former Mines and Industries Minister Mostafa Hashemi-Taba at 2%. No undecided vote was reported, nor was a sample size or margin of error. ISPA is a longtime public opinion research agency in Tehran.

A telephone survey conducted May 8-11 by International Perspectives on Public Opinion (IPPO) had Rouhani at 29%, Ghalibaf at 12%, Raisi at 11%, and Jahangiri, Mirsalim and Hashemi-Taba at 1% or less. The survey had undecided voters at 28%, and a further 20% declined to answer or gave other responses.

IPPO’s survey was released as a rolling average, so the May 11 data consist of 1,212 interviews conducted over a total of four nights. As the most recent data are released, the earlier nights’ interviews drop out of the average. The margin of error was reported at +/- 2.81-3.72%, which would indicate sample sizes of between roughly 700 and 1,212, depending on the question. IPPO, a new firm based in Washington, has not previously released polling data. It will release tracking poll data on a daily basis until May 18, the day before the election.

The differences between the two surveys can be explained by variations in methodology. As noted, ISPA did not report an undecided vote, while IPPO did. When stratifying the sample, ISPA took geography into account, while IPPO also included data on the various Iranian telephone service providers.

In the IPPO survey, Rouhani would have 54% of what Western pollsters call the decided vote, those respondents who have settled on a candidate, leading IPPO to suggest that Rouhani could win a first-round victory if the election were held today.

Both the IPSA and IPPO surveys were conducted after the first two presidential debates, held April 28 and May 5. The surprise winner of the first debate was Rouhani’s own first vice president, Jahangiri, who made news with his fiery attacks on the president’s opponents.

Observers said Raisi, who is relatively new to national electoral politics, underwhelmed in his first outing, but both surveys suggest that he has nonetheless consolidated his position among conservative voters by drawing even with Ghalibaf. An earlier ISPA survey, conducted some two weeks ago, before the first debate, had Rouhani at 44%, Ghalibaf at 23% but Raisi at only 17%, or down 10% compared to today. This older survey was conducted face-to-face (dar meydan ve ma’aber), rather than by telephone.

The raucous nature of the presidential debates may surprise foreign observers who have an impression of Iranian politics as more subdued. Consider the 2013 election campaign, where Principlist candidate Ali Akbar Velayati attacked chief nuclear negotiator Saeed Jalili and his diplomatic policies in a memorable debate. Their tense exchange represented a very public difference of opinion, played out on national television, between Iran’s clerical leadership and the incumbent administration of President Mahmoud Ahmadinejad. Jalili was running as the candidate of the hard-line Endurance Front, while Velayati was a close foreign policy adviser to the supreme leader, Ayatollah Ali Khamenei, a post that he still holds.

During that same debate, Rouhani stated what would come to represent his policy of seeking accommodation with the West on the nuclear issue: “It’s very good for centrifuges to spin, but it’s also good for people's lives to spin.” The Iranian state broadcaster, IRIB, would later report that 45 million people, or more than half of Iran’s population, had tuned in.

This year, the final debate will be held May 12, a week before the first round of voting. Turnout is expected to be high. The IPPO survey found that 72% of respondents are “certainly” or “a lot” likely to vote. Official turnout in the 2013 election was 73%.

ISPA did not respond to requests from Al-Monitor for more information about its earlier face-to-face survey, so questions remain about its methodology. As with the telephone survey, ISPA did not report the sample size or margin, two standard disclosure items for legitimate surveys. This lack of disclosure is a persistent problem in Iranian polling.

Face-to-face surveys are common in developing countries, where telephone coverage may be limited or unreliable. The Pew Research Center conducts such surveys around the world. The obvious drawback is that face-to-face surveys take longer to conduct, as interviewers have to fan out across a country and contact respondents one by one in person.

For the ISPA face-to-face survey, it took two days to conduct an unknown number of interviews April 23-24. ACSOR Surveys, the well-regarded Afghanistan firm that works for Gallup International and the Asia Foundation in that country, also conducts face-to-face surveys. By way of comparison, an ACSOR survey for Gallup International from November 2016 took nine days to collect 2,787 interviews nationwide. Still, pollsters in Afghanistan face significant security and infrastructure challenges that their counterparts in Iran do not.