A cadre of young Western-trained Palestinians are increasingly filling diplomatic posts around the world. 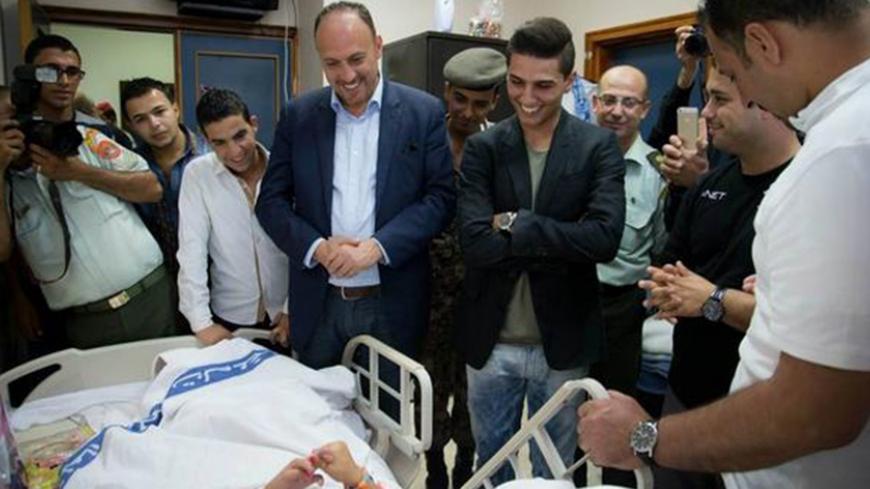 When Palestinian President Mahmoud Abbas walks into the White House on May 3, a team that includes a 43-year-old Western-trained career diplomat will have done most of the preparations for this important visit.

Husam Zomlot, an assistant to Abbas appointed to head the PLO’s delegation to Washington, moved to the US capital and took up his position April 1. A few months earlier, Zomlot surprised many at the Fatah Congress by getting the sixth most votes in the elections for the Fatah Revolutionary Council.

Ambassador Amal Jadou, another Western-trained career diplomat and assistant to the foreign minister for European affairs, told Al-Monitor that the new generation of Palestinian diplomats are quite different from the previous cadre of PLO representatives in various capitals. “Palestinian diplomacy has seen a lot of change in recent years, with younger and more professionally trained and career-oriented diplomats filling the top positions," Jadou said, noting that the new diplomats are building on what was accomplished by older PLO cadres, "who joined the diplomatic service coming from being either active in Palestinian student councils or part of the Palestinian armed struggle.”

Before being promoted, Jadou worked in the president’s office. Jadou credits Abbas with choosing her and many of the new corps of diplomats. “I was working with the president and he pushed me forward. He saw how I work, noticed my demeanor and personality and recommended me to the Foreign Ministry.”

Another rising star in the crop of new Palestinian diplomats is Ambassador Ammar Hijazi. Hijazi, the assistant to the foreign minister for multilateral affairs, told Al-Monitor by phone from Ramallah that the current team of Palestinian diplomats is the most diverse and professional in the history of the Palestinian struggle. “Most of us are career diplomats and not political appointees. Our background and our training focused specifically on the positions we are now occupying,” he said.

The vast majority of the current generation of Palestinian diplomats and senior government officials have a number of things in common. Most were born in Gaza or the West Bank. They come from largely humble backgrounds, were mostly raised in refugee camps and did their undergraduate studies at local universities. Almost all have postgraduate degrees from Western universities.

In a March 31 profile in Politico, Zomlot talks about his early days in the Gaza Strip's al-Shabura refugee camp. Zomlot was able to complete graduate degrees from the London School of Economics as well as a two-year fellowship at Harvard University focusing on economic issues.

Similarly, Jadou, born in Aida refugee camp in Bethlehem, received her education at Bethlehem University and Birzeit University, and obtained her Ph.D. from the Fletcher School of Law and Diplomacy affiliated with Tufts University specializing in diplomacy and international relations.

Jadou's career path was not as easy, in a highly competitive and largely male-dominated club. She sees herself as a nontraditional diplomat. “I am not interested in symbolic issues. My approach is different from many of the older generation. I belong to the social media generation. I am open and frank and speak passionately about the struggle that I am committed to,” she said.

Jadou talks about her early days as an activist in Bethlehem with the Fatah-affiliated Shabibeh movement as the head of the movement’s foreign relations committee as well as with the local popular committees. “It was in the work on the ground that I developed my passion for change using my abilities and speaking on behalf of my cause. Later, I was able to hone my skills with academic and professional training,” she said.

There are similar stories of well-educated Palestinians throughout the world who are younger than previous generations of diplomats. These relatively younger diplomats include Ambassador to Turkey Faed Mustafa, Ambassador to Sri Lanka Zuhair Zaid, Ambassador to Germany Khouloud Daibes and Ambassador to the Holy See Issa Kassissieh.

Palestinian diplomacy has come a long way since the early days of the PLO. The credentials necessary for top positions now include abilities and skills that earlier diplomats didn’t have. However, the Palestinian diplomatic corps faces the same challenges that all diplomats do: to truly represent their people without losing touch with their homeland. Most countries do that with three- to four-year rotations. While Palestinian diplomats tend to stay longer, the rotations are taking place more often to keep new blood flowing.

As Abbas and his team continue to depend on diplomatic channels, the presence of young, well-educated and articulate representatives in diplomatic missions around the world will be the key to the realization of Palestinian dreams of independence and statehood.