While Israel is considered a “reproductive superpower,” Germany is facing a declining birthrate, where women willingly choose career over motherhood. 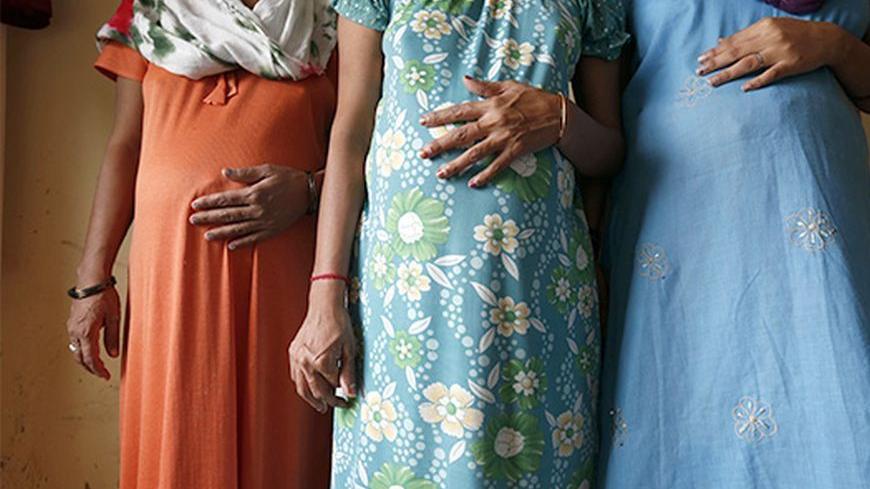 While Israeli women continue to have both children and careers, their German counterparts are increasingly opting out of having kids, Aug. 27, 2013. - REUTERS/Mansi Thapliyal

The chat I was having with the German journalist sitting next to me at dinner naturally got round to Chancellor Angela Merkel’s victory in the elections a week earlier [Sept. 23]. We were a group of Israelis that arrived in Berlin for the annual meeting with our German counterparts over the last days of Sukkot, on a program that began in 2000 to promote Israeli-German leadership.

Once we had said just about everything there was to say about Merkel, my colleague told me about his wife, who was, like him, in her forties. He told me that she has a challenging job, so I asked instinctively, “Who watches your children when you’re both at work?”

“We don’t have any children,” he answered. I was stunned by his response for a moment — not least, in retrospect, because of my tactlessness. I was quick to apologize, but I immediately realized that he wasn’t embarrassed in the least. He and his wife had made a conscious decision not to bring any children into the world.

''We are not the only ones in the family with such an approach,'' he told me, adding that his brother, who is two years older, also decided not to have children. In fact, almost all of his close friends, every one of them well-educated with successful careers, made the same choice. They don’t miss the interaction with children, and his mother has long since given up on him and his brother. She realized that she will never persuade them to make her a grandmother. He and his wife have no regrets or second thoughts about their choice. They have a full, challenging life.

Even the program initiated by Merkel to raise the birthrate, which includes a long paid leave for mothers or fathers and tax rebates for each child, did not cause him to doubt his decision. He has absolutely no qualms about his contribution to the dire prognoses which predict that should this trend continue, the German population would shrink by a third within thirty years, wreaking havoc on the economy.

This wasn’t the first time I heard about the disturbing decline in the German birthrate, but this personal interaction with someone who put a face to the statistics left an impression on me. I couldn’t help thinking: Here I am sitting across from a happy and successful individual, who has made a decision not to have any children. Not only will he not apologize for his decision. He is at peace with it and with himself — a living testimony to the claim that the culture of child-rearing and the longing for children are not some innate biological need.

I looked around me at the Israelis in the group. There were a few dozen of us, almost all of us parents with one to four children. At least three of the women who were with us were pregnant. It would be safe to assume that almost all of us believed that children were an essential milestone along the road to self-fulfillment, even if we had them relatively late in life, and without a traditional family setting.

I wanted to ask my German colleague if he thinks that there is a connection between Germany’s shrinking population and the Holocaust. Was one of the aftereffects of the Holocaust a generation with no interest in continuity? After all, there must be some reason why so many people in his generation and the generation younger than he have stopped having children (while Germany isn’t the only country in Europe to suffer from this problem, it is thought to be leading this trend). I finally decided to spare him the question so as not to cause him discomfort or embarrassment.

After the meeting, I spoke with Yael Hashiloni-Dolev, an authority on the sociology of reproduction. “The answer to your question is that having children is not a biological need. It is a social phenomenon,” she explained.

Unlike Germany, many studies and statistics published over the past few years claim that Israel is a “reproductive superpower.” The country’s high birthrate affects all sectors of the population: Single sex couples, for instance, regardless of whether they are men or women, invest significant financial and emotional resources to become parents, while unmarried religious women seek the approval of their rabbis to become mothers using sperm donors. In general, the number of Israeli children born through sperm donations is on the rise.

“Israel and Germany,” said Hashiloni-Dolev, “are two friends positioned on opposite sides of the spectrum in everything pertaining to reproduction. It results from the apocalyptic attitudes pervasive in German society, the fear of wars, and even concern for the environment, which constantly leave them feeling that they face impending annihilation. If that’s the case, then why bring children into this world?”

Furthermore, she explained, the distinction in Germany between women with children and without is very clear. Having children will impair a woman’s chances to develop professionally. “Besides, German culture is one of strict ideals, which means that even parenthood must be perfect. It cannot coincide with a career.”

“I have three children and a career,” she told me, “and when I tell that to my female colleagues from Germany, for example, they look at me the same way that secular Israelis would look at an ultra-Orthodox woman with 10 children.”