Activists in Lebanon are demanding new laws to preserve heritage buildings, as chaotic urban planning and archaic laws are leading to the disappearance of Beirut’s oldest houses. 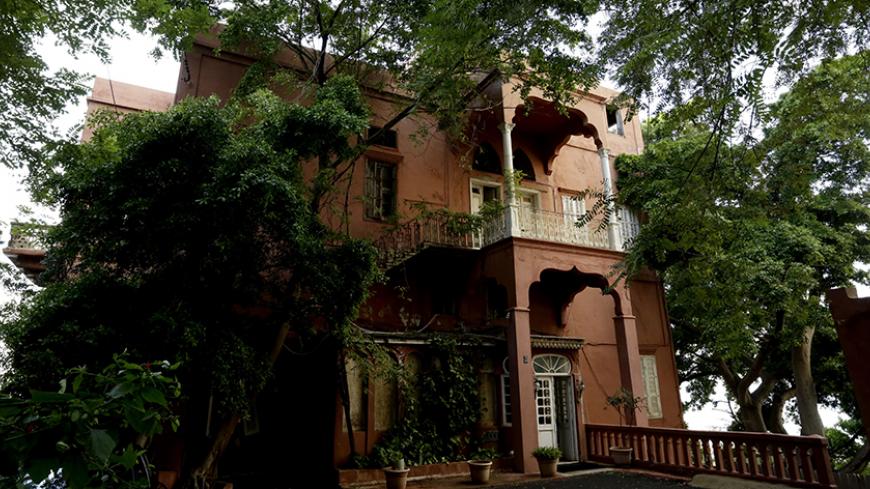 In Beirut, historical or heritage areas and buildings are being replaced by shiny tall buildings. The Red House, the Rose House and the Laziza Brewery are symbols of the lack of urban planning in the Lebanese capital, where heritage succumbs to money.

On Feb. 3, Ghattas Khoury, the new minister of culture, issued decree No. 32, which removed the famous Red House — in the Ras Beirut area in Hamra, in western Beirut — from the list of protected buildings. It was only seven months after former Minister Rony Araiji put the house on the list through decree No. 95 in July 2016. Reportedly dating back to the 18th century, the Red House is one of the oldest houses in Hamra and has a rich history.

Samir Rebeiz, a conservator who was born in the house and lived there for 65 years, was expelled from it by members of his family who were given the property by their elderly uncle. “After months of discussions, I received a court order at the end of January 2016 telling me to evacuate, so I did,” Rebeiz told Al-Monitor. “I don’t mind moving, but the house was in perfect shape and condition. I was maintaining everything — it’s my job after all — living in basic conditions and not having done anything to modernize the house in order to keep it intact.”

When the owners asked for a demolition permit in January 2016, the Directorate General of Antiquities (DGA) — a technical unit of the Ministry of Culture in charge of the promotion, protection and excavation of all heritage sites of Lebanon — started an investigation. In March 2016, it established that the Red House is a part of the city's cultural heritage and that it should not be demolished. The owners appealed this decision.

Rebeiz talked about acts of vandalism, saying, “I saw people who were starting to dismantle the house from the inside, so I called the DGA,” who sent the police. For a month, all was quiet. “But the windows and tiles were gone as well as most of the decorations that made the house valuable,” such as tiles, windows and arcades. In July 2016, the minister of culture signed decree No. 95, but it did not stop the vandalism.

“I think it is the first time a heritage-listed building is removed from the list,” Mona El Hallak, an architect involved in preserving the city's heritage, told Al-Monitor.

Some activists who worked on this case told Al-Monitor that to be delisted, a second investigation by the DGA was required, which did not happen. “It is one of the two last houses with a red roof left in Hamra,” Joana Hammour, who works for the Lebanese nongovernmental organization Save Beirut Heritage (SBH), told Al-Monitor.

She said, “The interior arcades are typically Lebanese and are in good shape, so why demolish it [the house]? There is so much that could be done so the owners would make money while the property is preserved. We have talked with the owners to find a compromise to the demolition, but so far we have been unsuccessful.”

Even though the demolition permit still needs to be signed, activists believe interior dismantlement is continuing.

Another symbol of Hamra’s urban heritage, the Rose House — which became famous when British artist Tom Young held an exhibition there at the end of 2014 after spending weeks painting in the house — is also being dismantled. “Two years ago, the owner promised in public that the Rose House would be restored for his children and grandchildren,” Hallak said.

She added, “There was a scaffolding to support the third floor that was in bad shape. When I walked by a few months ago, the scaffolding was gone, so I thought they were doing some renovation to the house. Then last month, Tom Young called me to say he went inside the house and everything was in bad shape. The windows are open and the shutters are missing, leaving the place exposed to the elements. If nothing is done, the house will fall on its own. It needs urgent maintenance.”

In collaboration with SBH and other groups such as Nahnoo and the Association for the Protection of the Lebanese Heritage, as well as civil society and neighborhood initiatives, Hallak is in contact with a member of the Jaroudi family, who owns the Rose House, to try to protect it.

On the eastern side of Beirut, in Mar Mikhael, an area famous for its nightlife, the Grande Brasserie du Levant, Laziza’s first brewery and factory before the company produced non-alcoholic beverages, is also threatened with demolition. First built in the 1930s, the building hasn’t been used since the 1990s, but “it has a very specific design in agreement with the evolution of industrial buildings in the 1940s,” Naji Raji, an activist at SBH, told Al-Monitor.

Raji added, “The project that was planned for it by Capstone Investment Group and architect Bernard Khoury was to keep some elements and turn it into a 20-floor metal housing building, which would definitely crush the whole neighborhood by its size and its position, depriving people from the sun and affecting the social-economical context of the neighborhood.”

Ziad Chebib, the governor of Beirut, suspended the demolition of the Grande Brasserie du Levant at the end of March 2017. Chebib asked the developers to provide more documents about the exact plans of construction and also security measures that will be made for the neighboring buildings. Since then, Khoury’s office has postponed his press conference. and he refused to comment to Al-Monitor.

“Honestly, it is not only about preserving,” Raji said. “There is something to be done with the building without demolishing it, like small apartments with material from the brewery. There is a huge demand in Beirut for smaller housing.”

“The whole issue of heritage buildings’ demolition in Beirut is due to the lack of urban planning,” said Abdul-Halim Jabr, a former member of the Ministry of Culture’s Advisory Committee for Heritage and the current coordinator of the Beirut Madinati Municipal Program.

“The last urban master plan dates back to 1954. We need a whole new holistic approach. The solutions are here though: In 1997 already, a new law was proposed, and in 2013, a new study gave some guidelines, but there is no political will,” he added.

Jabr took part in the 2016 municipality elections under the independent list Beirut Madinati, whose program was largely focused on urban planning. “One year later, we are still at the same point. There is a failure in the sense that public authorities who have been elected and are responsible for certain decisions don’t find solutions to or even address collective issues.”

According to Jabr, Beirut Madinati “believes that the municipality of Beirut should have a vision for the city, between the protection of heritage and a developmental approach, and that the state should have a national urban planning department.”

This request is strongly supported by civil society activists, who demand that a new law for heritage is needed. So far there has not been any reaction or comment from the newly elected government.