Did Netanyahu's ultimatum to German foreign minister pay off? 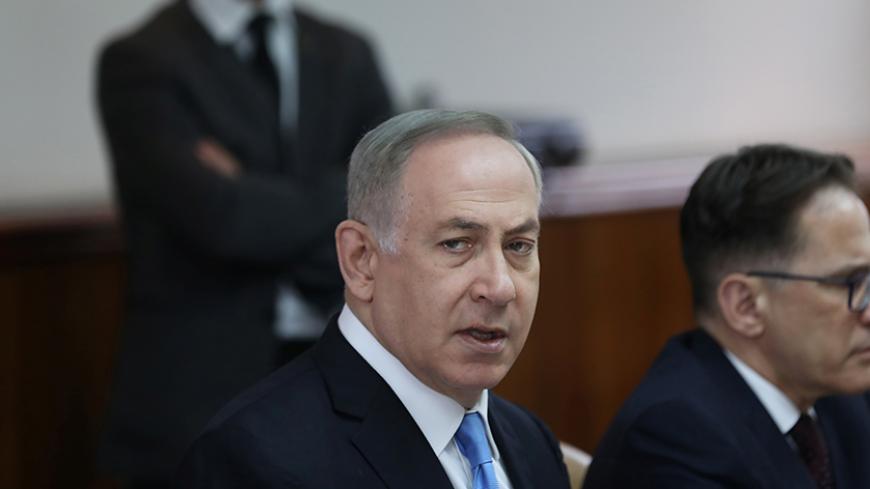 On April 25, Prime Minister Benjamin Netanyahu canceled a meeting with German Foreign Minister Sigmar Gabriel over Gabriel's decision to meet while in Israel with two anti-occupation organizations, a decision that keeps making waves in the Israeli media.

The outgoing director of Breaking the Silence, Yuli Novak, said on the evening of April 25 at a meeting with Meretz activists, “The prime minister is behaving unreasonably. A bull in a diplomatic china shop is a compliment for Netanyahu’s conduct, and that is certainly what is not expected from a seasoned politician. … It’s so insane. … The amazing thing is that Netanyahu issued an ultimatum: ‘You either meet with us or with them.’ You give an ultimatum when you think you can win. Here he ate his hat.”

Novak's words came at the height of the diplomatic crisis between Israel and Germany, with her organization at the center. Novak and Breaking the Silence celebrated their victory over Netanyahu: The German foreign minister preferred to meet with them and with B’Tselem over an official meeting with the prime minister of Israel. Gabriel did not give in to Netanyahu, who conditioned their meeting on the cancellation of that with the leftist organizations.

But Novak and her friends don’t understand that she and the organization she leads were only pawns in a much larger political game. Not only is this not a victory for Breaking the Silence, this is a setback in their effort to convince Israeli society to fight against the occupation. Even before the organization stood at the center of a storm that hurt relations with an important ally of Israel, large segments of the public disagreed with its work and see it as slandering Israel Defense Forces (IDF) abroad.

When you look at the progression of the events, Novak and her friends did a political service for the German foreign minister and for the Israeli prime minister. Gabriel, Chancellor Angela Merkel’s deputy, is an experienced politician who is well regarded in his country. Until recently he headed the Social Democratic party. He is now in the midst of an election campaign and needs the votes of the German left, which tends to take pro-Palestinian positions.

Ron Prosor, the former Israeli ambassador to the United Nations, explained the situation well in an interview with Army Radio. Prosor defined Gabriel’s conduct as a “deliberate provocation.”

“Imagine to yourself that the Israeli foreign minister would fly to Germany to meet with the leaders of the Turkish community before [President Recep Tayyip] Erdogan’s referendum,” he said.

Prosor justified Netanyahu’s decision to cancel the meeting with Gabriel, and added that the minister “broke the rules," saying, "He’s now in an election campaign and he’s trying to win the votes of the far left. It’s the trampling of reasonable diplomacy. He behaved with a lack of wisdom and a lack of sensitivity, pursued domestic politics that are completely opposed to German foreign policy and led to an utter failure for German diplomacy.”

Not only did Netanyahu not “eat his hat,” he won points with the Israeli public for defending the honor of Israeli soldiers on Holocaust Memorial Day, standing up to a German foreign minister who tried to humiliate him. One need only look at the response of the chairman of Yesh Atid, Yair Lapid, to understand that Netanyahu is walking on politically solid ground. Lapid, the man who seems to have cracked the code to winning the heart of the Israeli center, tweeted, “Netanyahu shouldn’t have cancelled his meeting with the German foreign minister, but he’s totally right! If he had met with radical left organizations in Germany, Merkel would be no less annoyed.”

Lapid is also known for his war against Breaking the Silence. He collaborated with the chairman of HaBayit HaYehudi, Naftali Bennett, in legislation against Israeli organizations that work against the state outside its borders. Lapid, like Netanyahu, knows well that a public fight with an organization whose representatives testified against IDF soldiers at the United Nations is a winning card with the Israeli public, for whom the army is one of the last bastions of consensus.

Netanyahu’s office explained the decision to cancel the meeting as follows: “Prime Minister Netanyahu will not meet with those who lend legitimacy to organizations that call for the criminalization of Israeli soldiers. Imagine if foreign diplomats visiting the United States or Britain met with NGOs that call American or British soldiers war criminals. Leaders of those countries would surely not accept this.”

Israeli President Reuven Rivlin put the incident with the German foreign minister into perspective. He met with Gabriel and told him, “As a democratic country, Israel is used to criticism of its conduct, but our army is the most moral army in the world. It is made up of all of our kids. We know well the importance of protecting human life.”

The German minister, who could have invited representatives of the organizations to his office in Berlin, also contributed to turning the innocent visit into a diplomatic crisis. The Israeli media justly recalled that this isn’t the first incident with Gabriel. During his visit to Israel in 2012, after he returned from a tour of the West Bank city of Hebron, he posted on Facebook that the Israeli presence in the city is reminiscent of the apartheid regime. “I was just in Hebron. There is a legal vacuum there for Palestinians. This is an apartheid regime for which there is no justification,” he wrote. Of course it’s his prerogative to make such a statement, but he should understand that it has political ramifications with Netanyahu’s government.

Gabriel, like Netanyahu, seemed to act for domestic political reasons. He defended his decision not to give in to the prime minister's ultimatum, saying that meeting with organizations opposed to Israel’s policy is “totally normal." Gabriel then said that it would be unimaginable to cancel meetings with Netanyahu if he met with critics of the government in Germany, adding, “We mustn’t become part of the domestic policy game in Israel.” But that’s exactly what he did.