Iranian officials give 'muted' response to US missile strike in Syria

Iranian officials have condemned the American military strike on Syria but appear not to be pushing for an escalation with the United States. 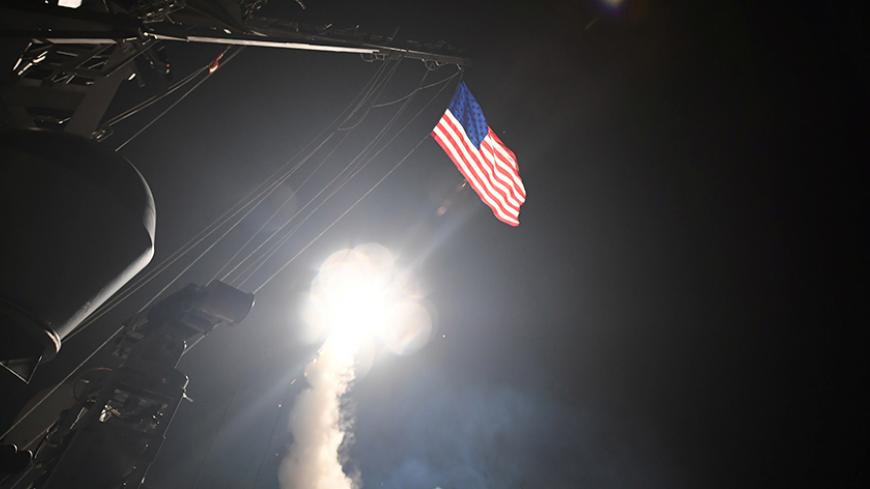 In his comments April 9 to the country’s military commanders, Iran’s Supreme Leader Ayatollah Ali Khamenei saved his harshest words for European leaders rather than the United States. Recounting the 1980-88 Iran-Iraq War, he said, “The hypocritical European governments who claim there was chemical weapons use in Syria, during the [Iran-Iraq] war, gave tons of chemical weapons to [Iraqi President] Saddam [Hussein] for him to attack the war front and our regions in Sardasht and Halabja.” (Halabja, a Kurdish town in Iraq, had been taken by Iran shortly before the chemical attack in 1988.) In contrast, in response to the United States' launching 59 Tomahawk missiles at Shayrat air base, Khamenei said, “What the Americans did, it was wrong and a strategic mistake.”

Some former officials have noticed that even Russia’s response to the US strike into its sphere of influence was rather muted. Ghasem Mohebali, the Foreign Ministry's former Middle East director under Reformist President Mohammad Khatami, said that Russia’s response was a minimum of what it could have been. Mohebali said that Russia was informed of the attack and had S-300 and S-400 anti-missile systems in place in Syria and still chose not to use them. He added that in ordinary circumstances in foreign relations, a country takes reciprocal action, yet Russia seems to not be escalating and will continue to attack Syrian opposition, which cannot be viewed as an equal response.

Far-right newspaper Kayhan wrote that the US attack has implications for Iran’s upcoming presidential election. Jaffar Bolouri wrote that the Rouhani administration will use President Donald Trump’s attack on Syria to argue that Trump is an unpredictable individual and call for Iran to give more concessions to the United States, or at the very least not demand that the United States keep to its commitments to the nuclear deal. However, he argued that this new likely tactic will contradict the Rouhani administration’s claim that the nuclear deal eliminated the threat of war.

Javan newspaper, which is close to the Islamic Revolutionary Guard Corps, wrote that Trump’s attack on Syria not only broke a campaign message with regard to Syria and Russia but was done for “unfounded and unproven reasons.” The article wrote that Trump’s attack was motivated by his desire to distract from his domestic problems. The paper said the attack has similarities to President George W. Bush’s attack on Iraq under similar pretenses.